Everything You Need To Plan Club For The Spring Semester 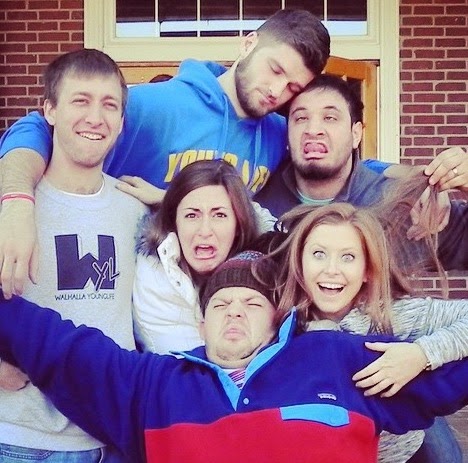 It’s about that time. Any day now your Young Life team is going to lock yourselves in a basement for 8-12 hours straight while you plan clubs for the spring semester. At the end of the day, you’ll probably look like the team pictured here.

Our Monday night Clubs don’t typically start back until the last week in January. We do this to give the college leaders time to get back in town and for our team to have time to plan. The intentional delay also creates excitement and anticipation.

Although we don’t do an official club until January 26th, we do have a tradition of holding an All-Area Wingfest the week before club starts. You can get details on how to run one here. It’s been a great way to kick off the spring semester. I know a few other areas who do All-Area Dodge Ball Tournaments and other big events to get things rolling.

The spring semester for us tends to be up and down in terms of club numbers. Lots of sports, school musicals, etc… In order to keep club fresh, try and mix it up and throw in some ‘field trip events’ to break up the normal club schedule. Here are some potential outings that have worked well for us in the past.

‘Find Your Leader‘ event at the local outdoor mall

The Super Bowl is Sunday, Feb 1st, so you can do ‘Super Bowl Club’ the week before or the week after. If you do it before, you can take kids’ predictions, and film your own ‘Super Bowl commericals’ that can be shown the following week. If you do it after, you can show actual commercials from the Super Bowl and vote on your favorites. You can also do Superbowl trivia before or after. Here are a TON of other Superbowl Club ideas.

This year St. Patricks Day is Tuesday, March 17th. Here are some ideas for club.

Most high schools do a spring talent show. We always do one at YL club and it’s become a favorite. Different kids show off their funny and serious talents. Great way to encourage kids who might not get to perform in the school show. This could also be a great All-City ‘Open Mic Night.’

Here are some ideas from YLHelp.com.

It falls on a Tuesday this year, could be a great night to dance the salsa!

Make it a priority to schedule this club in! It doesn’t have to be called ‘8th grade club’ but make sure you have a night near the end of the semester where you invite 8th graders to club. Last year we invited them on our 2nd to last club, the one before Senior Night. It gives them an excitement for what’s coming during their freshmen year.

Have the seniors share. Practice with them what they will share. Ask them to speak of Jesus more than they speak of YL.

Keys Dates For The Spring

Jan 12– All- School Campaigners & College Football National Championship Party (The game starts at 8:30, so have your key Campaigners kids come at 7 for dinner and a vision cast for how they can be leaders in this upcoming semester)

Jan 18– Do the Campaigners vision cast on this Sunday night if the 12th doesn’t work. Kids don’t have school the next day because of MLK day.

April 6– No Club (due to spring break)

If you’re willing to share your club schedule and ideas for the spring, email us here.  -Drew Hill & Stacey Greene