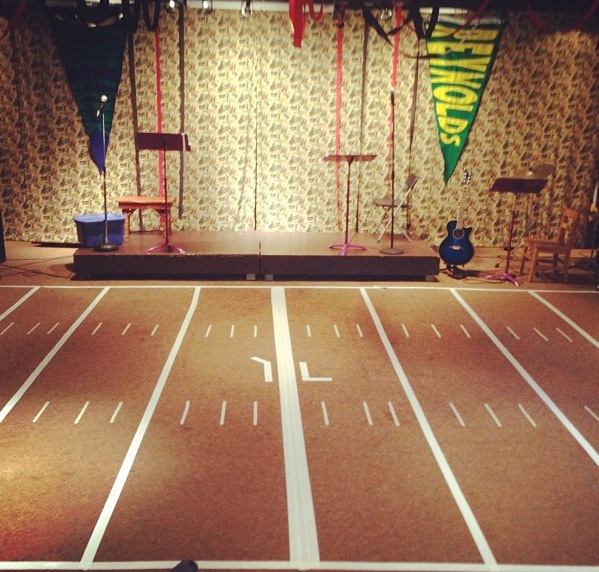 If you’re doing a Super Bowl themed club this week, here are a few ideas. Many of them were stolen fromYLHelp.com

Start an annual tradition before Superbowl club of having the Sr./Freshmen Guys play the Jr./Soph Guys in a pre-club game of two hand touch football. Call it the YL Bowl. Award an actual bowl that you’ve decorated to the winning team. You can go all out with this with refs, team uniforms, cheerleaders, etc. Last year we played on a dark field so we pulled lots of cars around the field and turned on headlights. #LegitAmbiance

CostumesEncourage everyone to dress football-y or to wear the attire of their favorite sports teams.Start Club: Sing & Flip  Have an American flag flying on your screen and begin the night by singing The National Anthem. Follow the song with a coin toss between two legit fans of each team playing in the actual Superbowl.Mixer: “Don’t Fumble”  Give everyone a single brown balloon. Once they blow up their balloon, they’re only allowed to hold it in one hand. They use their other hand to try and pop other’s balloons or force them to fumble. Once your balloon hits the ground, you’re out. Last one standing wins.

Or this game Bowling with real bowling pins using a footballFootball Toss (through a hula hoop, blindfolded, opposite hand, while being tackled)Song IdeaBoys of Fall by Kenny ChesneyExtrasPlan a dance routine ahead of time with a small group of kids to perform a “Half-time Show”.Pre-make funny Superbowl commercials.Show actual funny Superbowl commercials from previous years.What other ideas would you add?