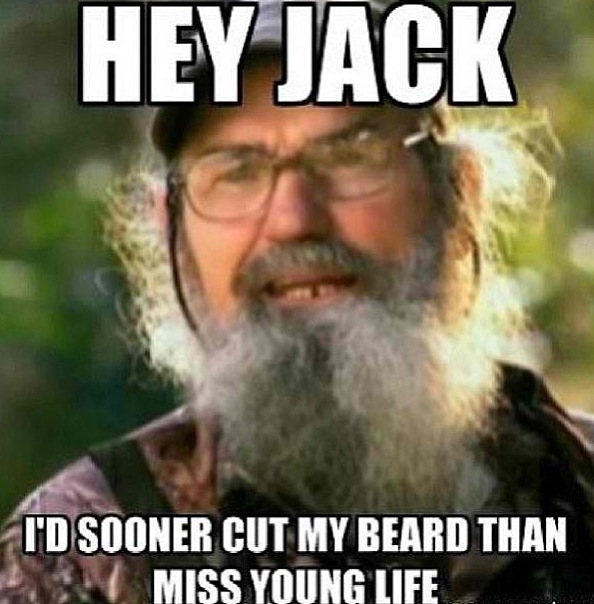 These ideas are shared by Alli Childers, a Young Life leader in Huntington, WV.  She is a student at Marshall University and one of the WINNERS of our recent Spikeball Contest.

“Hey Jack!” Here are some ideas for a Duck Dynasty theme club sure to make you “happy, happy, happy.”

Announce it the week before so kids have time to get fake beards, camo, overalls, face paint, and duck clothing. I found an awesome duck sweater vest at Goodwill that I wore over a long sleeve camo shirt. Grab some kids and go thrift shopping together to find some redneck-worthy clothing. It’ll be a win, win because you’ll get to hangout with kids and have your outfit ready to go!

We continued with our normal run-on characters/plan and just cracked a fewDuck Dynastyjokes along the way, but if you are in need of a skitCooking with CopenhagenorYou Were Luckycould be great fits for this club.  We entered to the song “Cotton Eyed Joe”.

Skit: Ducks on a Pond

We had kids bob for marshmallow peeps in chocolate pudding. Use a clear plastic tub so people in the audience can see everything, and make sure you have plenty of towels for kids afterwards. Our kids ended up shoulder deep in chocolate pudding! Make sure the peeps aren’t all stuck at the bottom where the kids can’t get to them. If you can’t find peeps this late after Easter another option might be to use rubber ducks instead.

We used “Sweet Home Alabama”,“The Crawdad Song”,  “Wagonwheel”, and“Wanted”. Some other options are pretty much anything by Taylor Swift and “Springsteen” by Eric Church, which we used in‘Merica Club last fall.

Donut Eating Contest! Open with clip from episode of Duck Dynasty where Si eats a million. Via @maxeliset 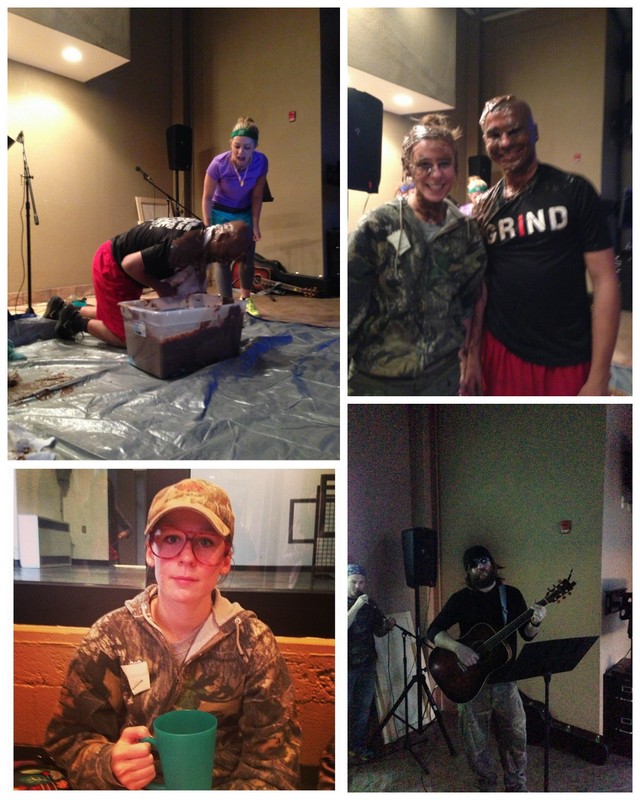 Duck Decoy/Nerf Gun Robertson family trivia. Whoever answers the question and hits the duck gets a point. Via @samantha_ogle

Guess That Facial Hair. Song trivia with a duck call. Via @ashley_look

For a game, have leaders dressed as animals and kids ‘shoot’ them with a nerf slingshot or nerf guns. Via @TayNicoleAlva

Make homemade duck calls using straws cut on one end into a triangle. Via @Reahar11

Thanks for sharing your ideas, Alli!

Comment with any other ideas for Duck Dynasty Club, and let us know of other theme clubs that have worked well in your area!