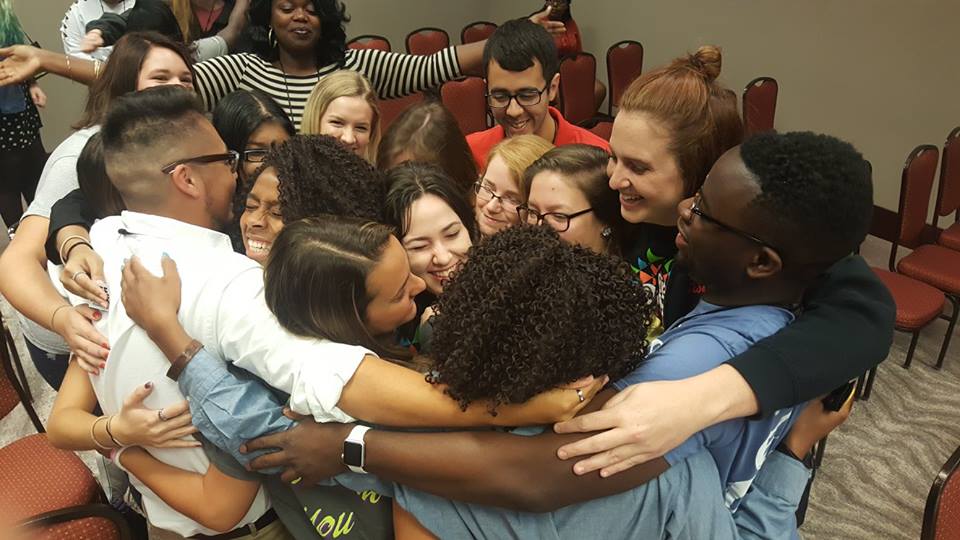 Need an easy, no prep mixer for club? Here are 10 of our favorites.

Ask everyone to walk randomly around the room. Wait a few seconds and call out a number. Everyone immediately forms a group hug of the number of people you called out. Groups that are unable to form a group hug with the right amount of people are out of the game. Repeat until you only have two people left and declare them the winners.

Same as the group hug game, but instead of hugging, have them build pyramids.

Similar to the mixers above, except you need a deck of cards. If you have more than 52 people, you’ll need multiple decks. As people enter club, hand them a card. During the mixer, call out different combinations and they have to form a group such as a pair, three-of-a-kind, flush, straight, etc. It’s fun to make two kids the Jokers, and great to give these roles to kids who could use some encouragement. Give them costumes and near the end of the game, call out combos that require a Joker. That way, groups will be fighting over wanting those kids in their group!

Have everyone sit on the floor in a circle facing inward. Then choose an odd number of guys and gals to be in the middle. When the music starts the students in the middle must go to a member of the opposite gender, extend a hand and “pull them up.” They then sit in the open spot and that new student in the middle continues by pulling up a member of the opposite gender. This continues until the music stops and the gender with the most people in the middle loses. Play for as long or short as you would like and make sure to have hype music playing in the background. Here’s a Spotify playlist you could use.

This is a fun alternative to Rock, Paper, Scissors and is simple to pull off. Explain how to play Rock, Paper, Scissors to the group. Then explain that in this game you can only play with people who are the same as you: i.e. an egg, chicken or dinosaur. Eggs can only play eggs, chickens can only play against chickens and dinosaurs against a dinosaur. The kicker is they must walk or waddle in a manner that is befitting of an egg, chicken or dinosaur. Participants all start as eggs. They must find another egg and play a best 2 out of 3 round of rock, paper, scissors, and if they win they become a chicken. When a chicken wins they become a dinosaur. If they lose a round, they go back one level.

Divide the room in half and have leaders stand in the middle like red rover to block kids from crossing. One leader yells “cross the river if…” and say some description like “if you are wearing red.” You can use these mixer questions and also use “would you rather” questions.

CASH IN THE CROWD

Have students pair up and link arms at the elbows. Ask for two volunteers (or four depending on your club size) and explain that one will be the cat and one will be the mouse. The cat will be “it” and will chase the mouse. At any point during the chase the mouse can link up via their arm with a group and the person who is now on the outside is the new mouse. If the mouse is tagged then the roles are flipped and they are now the cat, and the cat is the mouse. There is no winner to this game, it just keeps going until you end it, but it’s a great way to break a sweat.

Have everyone form a circle holding hands around a large trash can. If you have a big club, you might want to use multiple trash cans. The object is to get others to touch the trash can by pulling on their hands without touching it yourself. Anyone who makes contact with the trash can or unlocks hands is eliminated. Last one standing wins! Be careful not to pair freshmen gals with senior guys. This could be a good mixer to do based on your grade/gender, ex: freshmen gals surround trash can #1, etc…It can also be played outside with a kiddie pool full of something unpleasant (water, mud, jello, etc). Watch an example here.

Have teams compete to see who can fit the most kids as possible into (not on) a single small car. Each team gets 1-minute. You could make it a battle between classes. Remove interior rearview mirror, if possible!

We found these games all over the web on places like Young Life Playbook and Youth Specialties. Check them out for other great games and mixer ideas.