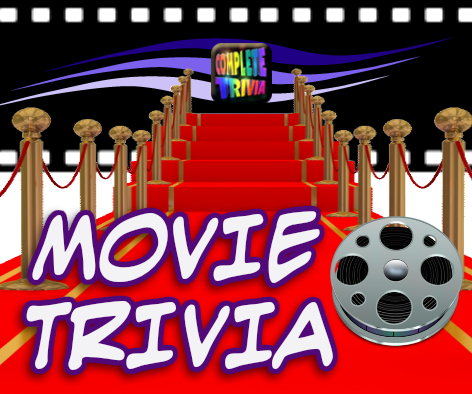 If you’re looking for a club game this week, you can’t go wrong with movie trivia. Kids love movies and kids love competition.

Special thanks to my friend Mikey Fissel for putting together these trivia questions for us. If you enjoy film and theology check out his website and podcast: Reel World Theology.

One of my favorite ways to execute trivia games is to form two teams, usually guys vs gals or one side of the room vs the other. Then choose 5 representatives from each team. Ask one other volunteer to hold a large cooking pot on their head as a buzzer or sorts. Have the 5 vs 5 line up on each side of the buzzer (pot) Family Feud style. One teammate from each teams comes up to the buzzer holding a large metal cooking spoon. When you ask a question, whoever buzzes in first (by hitting the pot) gets to answer. If they answer correctly, they win 1 million points. If they answer incorrectly, they lose 1 million points and the other team gets a chance to steal. You can also make the loser of each round have to hold the pot over the head and be the buzzer for the next question. Rotate through the players and be sure to encourage the audience to not shout out answers.

There are also slides (PowerPoint & Keynote) below for you to post the questions and answers on the screen.