Running On Empty: The Condition of Your Soul 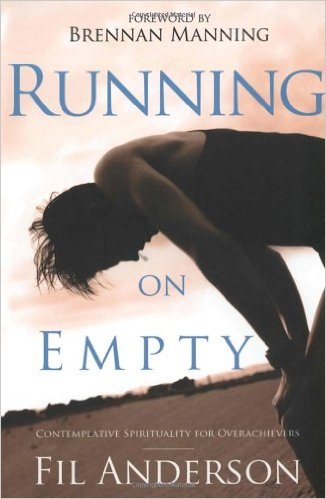 Life is busy. Young Life is busy. If we’re not careful, we as leaders can easily find ourselves burnt out and exhausted.

Few books have impacted my life like Fil Anderson’s ‘Running on Empty.’ I’ve asked Fil to write a series of posts specifically for Young Life leaders on this very topic. We’ll be posting them on Sundays, a day of rest, throughout the remaining weeks in 2015. Our hope is that these words would lead you to a place of deeper intimacy with Christ. -Drew Hill

The Condition of Your Soul

When I joined the Young Life staff in 1974 I began a career
that was to be as exciting as it was rewarding, a life filled with risks and
adventure. I remained on the staff for twenty five years. When I departed, my allegiance
to Young Life’s mission and confidence in the effectiveness of its strategy
were at an all-time high.

Today, Young Life is bigger and better than ever before. So,
the first thing I want to express to you volunteer leaders and staff is my
admiration and respect. You are amazingly gifted and your dedication is
remarkable. Plus, you’re accomplishing the “Big Dream.” You are reaching a
world of kids!

Nonetheless, in this series, I want the emphasis to be on you.
More specifically, on the most real and important part of you: your soul.

The first time I recall someone asking about my soul’s
condition was over thirty years ago. Baffled by the question, I began babbling
about the most familiar and frustrating aspect of my life: the frantic,
out-of-control, frenzied pace I couldn’t seem to escape. I described my fatigue
and emptiness and how overwhelming my life was, even on the best of days. After
listening for a while, my friend offered a staggering observation: “Fil, you
seem dreadfully close to losing touch with the Jesus you so desperately want
others to know.”

Never had words pierced my heart as these did. For some time
I’d had a disturbing sense that my life was out of control. But there had been
no time to consider the problem, its cause or what might result if I couldn’t
rein in the pandemonium. In the process of constantly striving and always busy,
I had lost touch with my soul. Then on that day, speaking with this perceptive
friend, I began to hope, I just might have some value beyond being busy so
others would notice my dedication to reaching lost kids.

This encounter could have been a catalyst for change;
however, for the next two years I continued to choose the ego-satisfaction of a
life “for” God over the greater value of a life “with” God. I threw myself
again and again into a whirlwind of activity that got me recognition and
praise. Physically exhausted and spiritually empty, I began to feel ripped
apart by the relentlessly competing. Although I hated being harried and hassled
by life’s demands and pressures, I loved being in demand.

Late at night, while my wife and children slept, I would lie
awake fearing I had come to the end of my rope. While attempting to help others
to encounter Jesus, I had lost touch with Him. The lifestyle that appeared to
enhance my friendship with God had become instead a terrible threat.

I was obsessed with helping others have the kind of
relationship with God I had never known. Although I knew truths and ideas about
Jesus, I didn’t know what it meant for me to be His friend. I had confidence
(far too much) in my ability to do God’s work, but I was oblivious when it came
to letting God work in me. I could talk easily with others about Jesus, yet I
knew nothing about how to sit still long enough for Jesus to talk with me.

I had become an out-of-control ministry addict, what author
Parker Palmer calls a “functional atheist.” Although I spoke of God as being
power and in control, my actions told a different story, that God either didn’t
exist or was seriously ill. I lived in the illusion that unless I was making it
happen, nothing was happening. Not only was my life shaped by an incorrect view
of a too-small God, an equally incorrect view of a too-big me made matters
worse.

My need for constant activity was also rooted deeply in the
illusion that God’s acceptance, love, and care for me was directly proportional
to my level of activity for God. This baseless belief-system—“the more I do for
God, the more God will love me”—had dictated my life and threatened to starve
my soul. 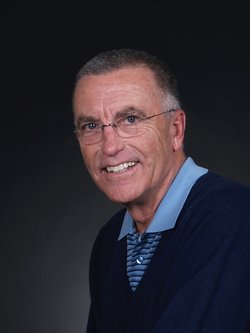 Fil Anderson is a spiritual director, conference speaker, writer and retreat leader. He served on the Young Life staff for 25 years. Fil and his wife Lucie live in Greensboro, NC and are parents of 3 adult children. He is the author of Running on Empty: Contemplative Spirituality for Overachievers and Breaking the Rules: Trading Performance for Intimacy with God.

“Running on Empty: Part 2” will be posted next Sunday.