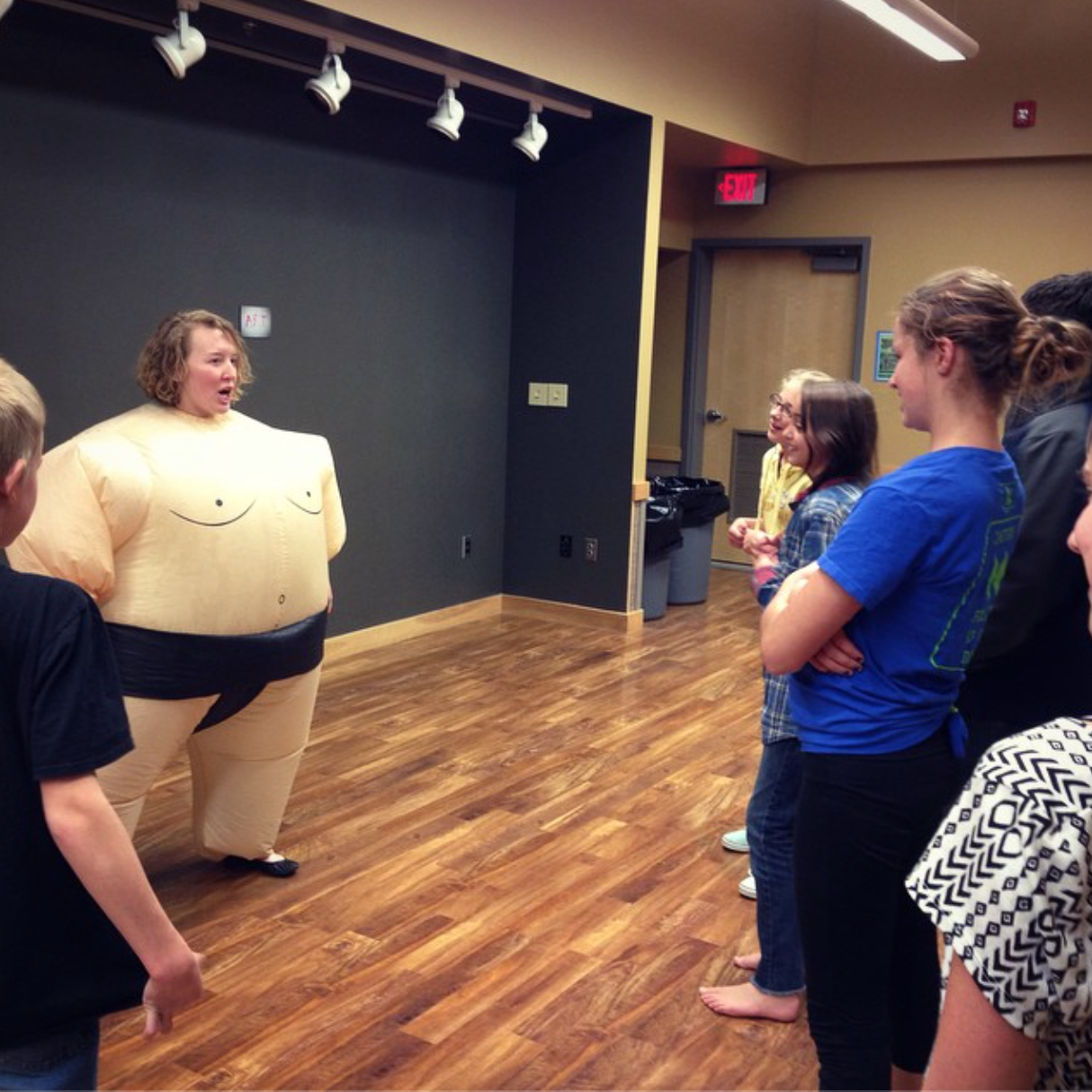 One year we found 2 sumo suits and had 2 leaders compete in a Biggest Loser type competition. Each week they did different work outs which led into a club game. They also had German accents because why not have a German accent while wearing a sumo suit.

And zwee are competing to be ‘THE LOSER BIGGEST.’

They wore the sumo suits for 2 weeks. The 3rd week they stuffed jogging suits with pillows (as the weight was coming off) and the 4th week they wore wrestling singlets.

Here’s a game that works well with the sumo idea that was submitted by Shannon Westblade, a YL leader in Big Sky, MT.

Similar to the game “Simon Says,” (a game in which you obey an order only when it begins with “Simon Says”) Sumo is dressed in an inflatable adult suit costume and is the group’s leader. “Sumo” then orders all sorts of different things to be done, the funnier the better, which must be obeyed only when the order begins with “Sumo says.”
This can be a fun and challenging game, especially in a large group.

Will You Drink the Wine?