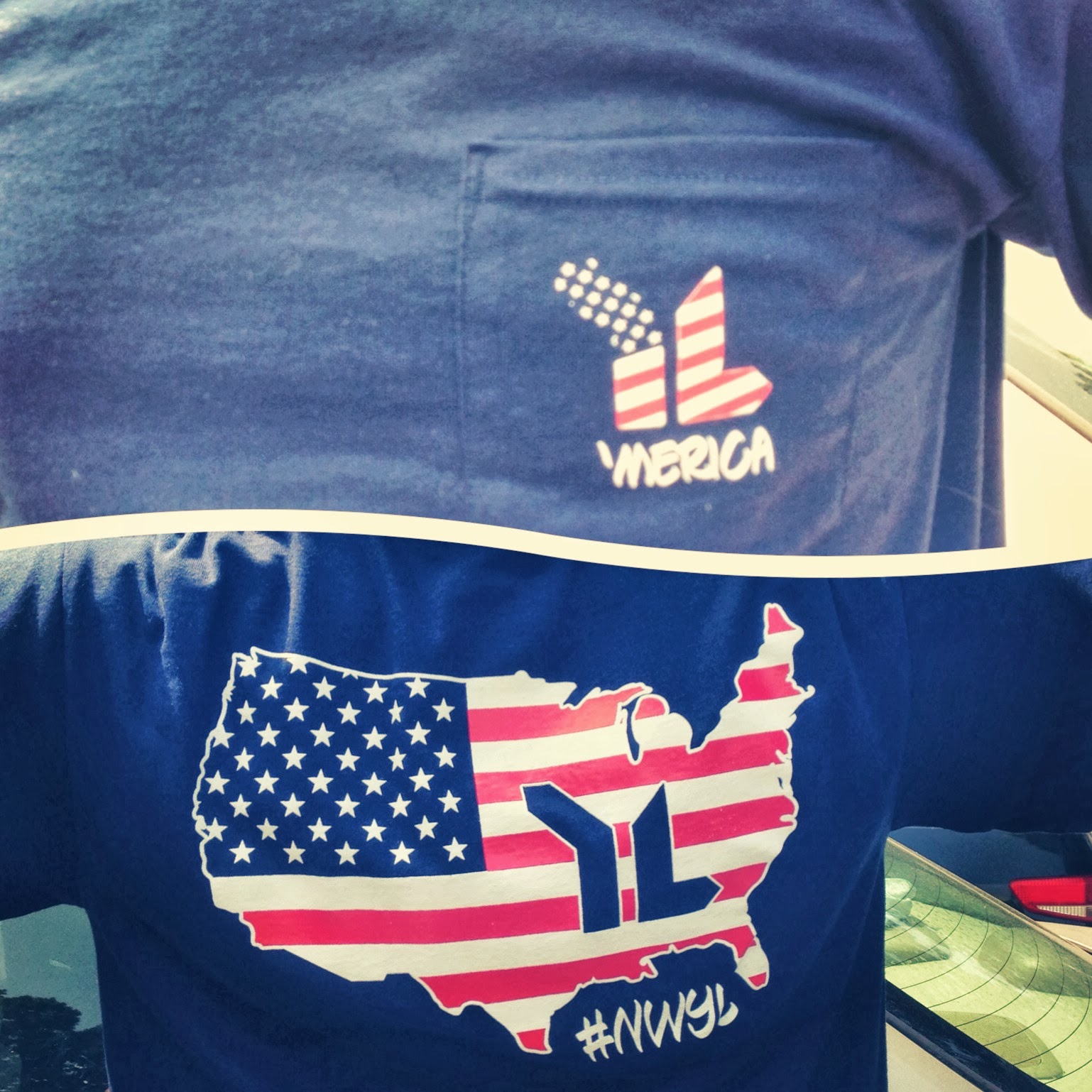 How To Win A ‘Merica YL Shirt

I’m working on building a new ‘club games’ section on the site and need your help.

What games/mixers have you done/seen that have worked really well?

If you email in a submission you’ll be entered to win one of our YL shirts, and yes, it does have a frocket. I’ll randomly select three winners from everyone who submits a game idea and mail those three a Northwest YL shirt. You can submit ideas until Saturday. Winners will be announced next week.

How To Submit A Game Idea

Format the email similar to this example of ‘Reverse Charades’ below so I can just copy and paste it into the site.

Drama teachers, mimes, game show hosts, or you can run the game with your weekly run-on characters.

Call 1 guy and 1 gal up front to compete. Divide into two teams, guys vs gals. Instead of the person on stage acting out the charades word, the crowd becomes the actors and the contestant becomes the guesse. When it’s the guys’ turn, all the fellas stand up. The game show music starts and Round 1 begins. They have 30 seconds to get the contestant to guess as many words as possible. Behind the contestant, words will come on on the screen that only the crowd can see. After the 30 seconds, use a buzzer sound bite to let everyone know that round is complete.  Have another student on stage keeping score for their team on a white board or posterboard. Alternate turns, the guys sit down, the gals stand up. Do 3 rounds. Winning team gets a 30 second back massage-karate chop from the losing team.

It would be great if you could also attach an image that goes with the game!

After you email it in, I’ll turn it into a post like this one, and put it in the ‘Club Games’ section of the blog with your name in the post.  Ex: ‘Submitted by John Smith, Siler City, NC.’

Send in those ideas and help thousands of other YL leaders from around the country! And you might just find a new YL shirt in your mailbox.