Some of us have LONG bus rides to summer camp. Instead of just enduring the ride, why not make it one of the highlights of the trip?

If you haven’t read the 4-part blog series from last summer, “A Better Bus Ride To Camp,” you can find it at these links below:

A Better Bus Ride To Camp: Where To Stop

I’ve combined the first 3 posts into a PDF entitled “HOW DO BUS PROGRAM” which you can download here. It includes a script for bus program with character descriptions and games. Feel free to steal any ideas you’d like. Creativity is just forgetting where you stole it from.

The 4th link above is suggestions of where to stop on your way to each specific camp.

In addition to ‘Bus Program,’ it’s vital to have a few other key ingredients that will help make the bus ride one they’ll never forget!

The bus will stop fairly often. After those food/potty breaks, it’s an old YL tradition to play Willie Nelson’s “On The Road Again” as soon as the bus starts driving.

The first two times you play it, kids might not even notice. By the third time, they’ll start to sing along. At the 13 hour driving mark, on your 5th stop, the kids will start booing, demanding you turn the song off. By the 12th stop, on your way home from camp, you’ll intentionally not play it…and kids will boo again, this time demanding it.  It will become like Pavlov’s dog. How can the bus possibly move without Willie singing us along?

Years from now, when these campers are parents themselves, they’ll hear ol’ Willie on the radio and remember The Best Week of Their Lives.

18 Wheels On The Big Rig

Another classic song to sing on the bus ride is ’18 Wheels On The Big Rig.’   If you can get one of the leaders to work on learning it ahead of time, it’s easier to teach. I recommend singing it at about the 7 hour mark, preferably after a gas station stop where kids have refilled their bloodstreams with Monsters and Red Bulls.

Why not?You probably already have a guitar on the bus. You can put song lyrics on PowerPoint and link your laptop to the screens. You’ve already got your Bus Program planned for youhere, and you’ve got tons of games below.  Just add a short talk if desired and you’ve got Club-On-A-Bus!

It’s easy to get stuck in your seat on the back of the bus and miss out on opportunities to meet new folks sitting up front. Odds are you have kids from multiple schools on one bus. Help them get to know one another before they get to camp.  It will make their camp experience even better.  Also, those relationships will motivate kids to be at All Area events like Summer Campaigners when you get back home.

Everyone is more motivated to play when prizes are involved. You could offer some sweet incentives like $ to the camp store or a free milkshake at the snack shop.  One way to keep them involved is to make a poster board with each camper’s name. After each game, award each winner a sticky star. By the trip’s end, whoever has the most sticky stars wins the prize!

My favorite opening mixer to do on a bus is Blanket Drop. It’s a great way to make sure everyone knows everyone’s name. Divide into two teams, front of the bus & back of the bus. Two leaders hold a
blanket up from ceiling to floor. Each team puts one person in
front of the blanket on each side. On the count of three, the leaders drop the
blanket. Each person tries to say the other person’s name standing on
the other side of the blanket first. The faster person steals the
other and brings that person on their side. The team with the most people
wins. You can also play withoutstealing people and just play to 10 points. Before the game begins, make sure you give a good 5 minutes for people to walk around and learn first names.

If you bring an adapter, it’s fairly easy to connect your laptop to most Bus DVD player setups. If so, you can play some PowerPoint games and make them into contests for prizes.  Chad Swanzy has some good free downloadable PowerPoint games at YouthLeaderStash.com You can also download some free here.

If you’re a Young Life leader, you’ve probably played Mafia. If not, here are the rules.  All you need is a deck of cards.

This is a great mixer to help folks get to know one another. If you can swing it, I’d create your own version based on the kids going on your trip. Here’s an example one we did a few summers ago. We took one specific fact about each person on the bus and had folks try to figure out who it was.

If you don’t have the time or energy to pull that off, here’s a generic one I made that you can use. Even thought it’s not the “Specific Bingo’ it still will work well and help the group mingle.

Another similar activity is to have everyone write down their most embarrassing memory.  Collect them, then select the best ones.  Pull up 3 people to whom the embarrassing moment could have potentially happened. Read the story out loud. Then give each a chance to explain more about what really happened. 2 of them will be lying, trying to pawn the story as their own. After all 3 have shared, offer a time for questions from the crowd.  Then reveal the actual victim.

Make your own version of American Idol/The Voice/Duets! Bring an iPod pre-loaded with Karaoke tracks of fun songs.

Have kids write raps/poems about the trip and read them on the mic in front of everyone.Offer extra star stickers for participants!

A few years back we had 2 guys who rewrote the lyrics to “Hey There Delilah” and changed it to “Hey There Bus Driver.” They played guitar and sang it in the mic. Our driver loved it! The possibilities are endless. “Hey I just met you, and this is crazy, we’re on the same bus, so call me maybe?”

Make
sure to get on the good side of your Bus Driver so he/she will give you
freedom to make the bus ride fun. A good way to make them happy is to
keep that bus clean. Bring extra trash bags and collect it often!

If
you have awhile in between stops, it’s helpful to have a cooler with
cold drinks/snacks. Tell kids ahead of time if you’re planning on
selling them. You don’t want to hear “I paid $700 for this trip, I
deserve a free coke.”

How to Do Bus Program

What other bus ideas would you add? Please comment below.

How to Relate to School Principals 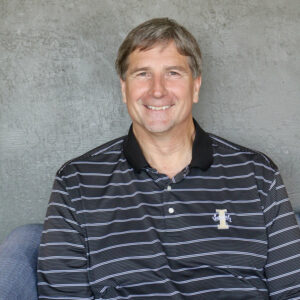 How to Prepare a Wyldlife Club Talk