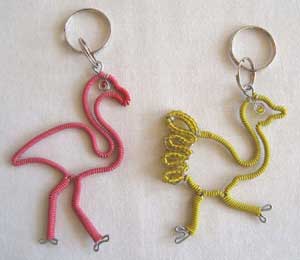 This is the third and final post explaining a sample Bus Program you can use on the bus ride to camp.

Spread out your Bus Program scenes depending upon the length of your bus ride. A few hours after your first appearance, when kids are not expecting it, try to sneak away to change back into your costumes and get another leader to hit play on your intro music.Scenes 2/3Super Camper and Lil Campie enter together and say their repeater line: “I’m Super Camper, and I’m Lil Campie, and we’re here to help you have THE BEST WEEK OF YOUR LIFE!” (Repeat it again so kids begin to say it with you.)

During both scenes 2 and 3, SC and LC banter back and forth about how to become a super camper and that discussion leads into a different game/mixer. You can go many directions with the mixers, the point is to get kids mingling and learning each other’s names. There are two ideas below. Towards the end of each of these games, Camper Damper should return and make similar threats as he made in scene 1, telling the campers he is here to ruin their camp experience. Each time he reluctantly leaves after Super Camper threatens to pillow fight him.Scene 2 Mixer: Thumb WrestlingIn order to prepare for all those late night battle royal wrestling matches at camp, we’ve got to get prepared, so we’re going to have our own wrestling match on the bus. (Making them think you are actually going to wrestle.) Then you tell them its Thumb Wrestling. Have a prize for the winning thumb, possibly a thumb ring?Scene 3 Mixer: Rap BattleYou never know when you might be called up on stage to perform while at camp. You’ve got to always be ready. Form teams of 3-5 people, have them come up with a band name for themselves and then write a rap about our bus trip to camp. You must include the words “Super Camper” “Lil Campie” and “Buddy” (which is the name of our bus driver.) Give all the kids who want to participate 10 minutes to write a rap. After that 10 minutes, find out the names of all the groups and give them a chance to perform on the mic.Scene 4: The Finale’The final scene begins the same way the others have with SC and LC giving instructions on how all the campers can eventually learn to be super campers. They begin to say they have one more game, the best game yet, the one you’ll write letters home about. (As they really build up the game, Camper Damper’s music comes on.) CD comes out and does his typical mean routine and Lil Campie speaks up.

LC: “Why do you so badly want to ruin our trip? Camp is fun for everyone!”

CD: “That’s not true Lil Campie. Camp was never fun for me.”

CD: “Yes I was, many moons ago, at an Ostrich and Flamingo camp for kids who really liked pet birds with long legs. But when I went to camp I had glasses and braces and talked in a really high pitched voice, and sometimes this bully named Sampson would hit me with a pillow, and it always hurt really really bad, and one time it even broke my glasses and cut my lip. I had to call my mommy to come get me.”

LC: “Oh, I’m so sorry that happened to you Camper Damper.”

CD: “You really mean it? I can join all of you at camp this week?”

SC: “Of course I mean it, everyone deserves a chance to experience the best week of your life. But you can’t wear that scary mask at camp.”

CD: “Okay, I’ll take it off. (Takes off mask) After all this, and me being such a bully to both of you, I can’t believe you would let me join you.”

SC: “Not only can you join us, but for this week, I’m making you an honorary Super Camper! (Super Camper takes off his mask and puts it on Camper Damper.)

LC: “Wow! This really is going to be the best week of our lives!”

(The 3 characters embrace and everyone cheers and exits to “Celebrate Good Times” or another fast fun song.)What ideas and suggestions do you have for Bus Program?