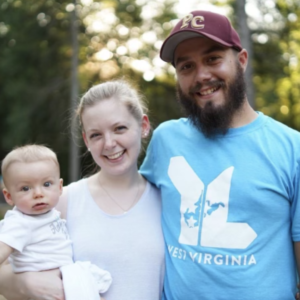 *This article contains spoilers about the Ted Lasso show from Apple TV+.

At face value, the concept for Ted Lasso isn’t anything we haven’t seen before. Actually, the argument could be made that its a blatant rip-off of the 1989 film Major League. Basically, a professional sports team owner wants to drive their franchise into the ground for whatever sadistic reason they might have, but a journey of transformation takes place that wrecks the owner’s intentions.

In Ted Lasso, this takes shape as owner Rebecca Welton (Hannah Waddingham) receives an English Premier League Football (Soccer) Club as a part of her divorce settlement with her ex-husband and former team owner Rupert Mannion (Anthony Head). Since this football club was the only thing her ex-husband ever truly loved, Rebecca Welton hires Ted Lasso (Jason Sudeikis) to be the next manager of the club. This is quite a controversial move as it turns out Ted Lasso is an American football coach who recently led the Wichita State Shockers to a Division II College National Football Championship. However, by the end of the season, Rebecca finds her intentions for the football club as transformed as she is because of her time with Ted Lasso.

What does this have to do with YL?

Ted Lasso is the Young Life leader I want to be. During each episode, I found myself amazed at the way he interacted with people with courageous honesty. We saw this early in the show in his implementation of “biscuits with the boss.” Ted promised his boss he would bring her a small box of cookies (biscuits) to start each morning so they could spend intentional time to get to know one another on a personal level. Along with the cookies, he daily asked a meaningful get-to-know-you question like, “What was your first concert?” Ted knows that their relationship will have a significant impact on their football club as well. The real magic of this storyline is that the cookies Ted brings Rebecca actually taste fantastic. Rebecca goes crazy for them, though she wouldn’t let Ted see this weakness. She searches all over the city to find out where Ted is buying these cookies from. However, we learn that Ted schedules time in his week to handmake these cookies himself. And then he neatly organizes them into beautiful little boxes for each day of the week.

AND SINCE WHEN DID SUCH A LOVING HUMAN INTERACTION BECOME OKAY FOR TELEVISION?

Such a pure and meaningful interaction almost seems scandalous for a television show. It’s strange to consider that Ted Lasso spends intentional time outside of this interaction, preparing for this interaction. Ted not only spends time making cookies for Rebecca every week, but he also spends time thinking of his daily prompts to get to know her better. Sound familiar? Does it sound like a Young Life leader spending a lot of time driving to a school to only get 5-minutes with kids in the parking lot?

As a staff person, this moment made me think of my own interactions with my committee, the administration of the schools we lead at, as well as the teachers we interact with. I want to be as intentional with those folks as Ted is with Rebecca. I think every person needs someone who loves us enough to make us cookies and ask us about life on a regular basis. Not only do we need that, but how wild would it be if we could be that person for someone else. Intentionality like this with a parent, principal, coach, or teacher at the school you lead at could be the catalyst for Young Life to take off and be established for years to come. Intentionality like this with your team leader or staff person could help create a culture within your team or area that attracts more leaders. Not to mention intentionality with kids.

Another aspect of the show that solidified my suspicion of Ted Lasso being a great Young Life leader was the way he coached. Coaching is something that many Young Life leaders find themselves doing to get face time with students. (Check out this article on “Coaching as Contact Work.“) If you’ve ever coached, you know it’s hard. I’m a pretty good coach from my couch while yelling at the television during a game. But when you’re actually on the sideline it’s a whole different animal. But after watching Ted Lasso, I’ve realized that I have made coaching way harder than it ever needed to be. Ted never worries about results. It’s comical to see a professional coach act so nonchalantly about such a crucial aspect of his job. But Ted believes that the real work is relationships. Ted sees each individual player as a person before they are a player. And Ted sees each player for who they can be, not for who they currently are. He helps each player see and believe the vision he has for them. Ted is willing to go to crazy lengths to prove to each player that they can be the person he believes they can be. And sometimes this includes telling them the hard truth. But even then, it’s refreshing to see such hard truths delivered with tender grace.

Isn’t this what we want to do with our adolescent friends? We want every person we come into contact with to know who God says they are and who they can be.

The reason we love Ted Lasso so much is that, in many ways, his character points at Jesus. Ted demonstrates intentionality in relationships, sacrificial love, servant leadership, and laying his life down for others.

Ted Lasso is a new story that simply points us to the example we’ve had all along in the person of Jesus. In this current cultural moment, Jesus is the example our world so badly needs.

In Young Life, we’re about one thing: pointing people to Jesus. And when we see people living like Christ, we’re drawn to it.

*Ted Lasso is aimed at a mature audience. Before watching, we encourage you to consult the reviews at Common Sense Media.

David is an Area Director in the Mountain State Region. He live in Pocahontas County, WV with his wife Cailey and son Amos. David is an avid outdoorsman and connoisseur of all things Appalachian.