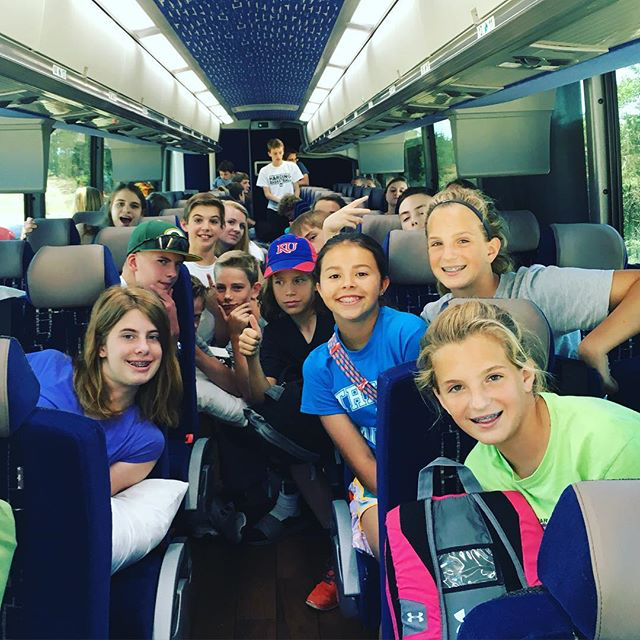 If you have a LONG bus ride to summer camp, here are tons of ideas to help fill the time. Another fun bus activity is to simply play BUS TRIVIA.

Below are 10 things I usually do when we play on trips: