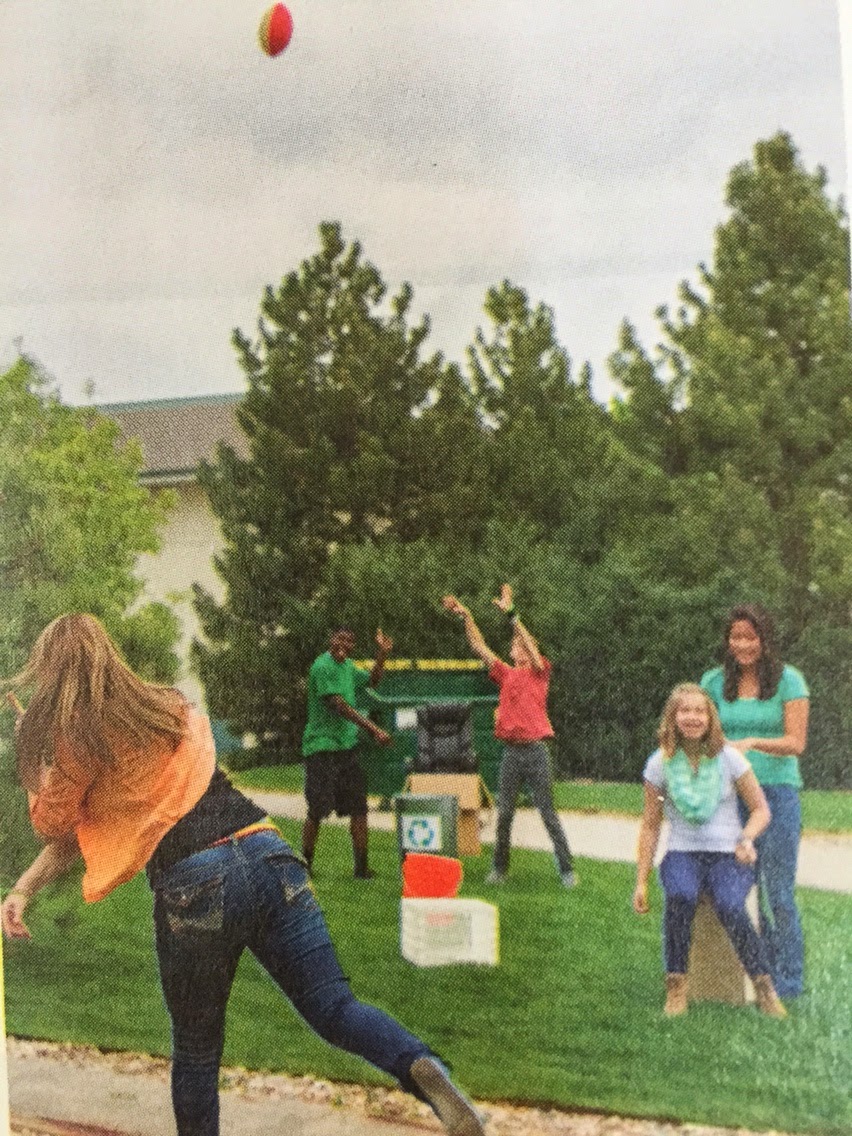 Here’s a great club game to play now that it’s warming up outside.

This game was created in the spirit of YouTube’s “Alex Tanney Trick-Shot Quarterback” videos.

Set up two extended rows of various sizes of crates, bins, garbage cans, and other “targets.” Form two teams and give each one a football. Assign a leader or kid as a “runner” (the person who retrieves the football after it’s thrown.)

Space each target from one end of your large meeting area to the other. The easy targets are worth one point, and as you progress to the harder targets they’re progressively worth more points. For example, a bucket that’s three feet away from your starting line is worth one point, but a basketball hoop or a trash can positioned at the other end of your space is worth five points.

Each team member is allowed one minute to score as many points as he or she can. The team that ends with the most collective points wins.