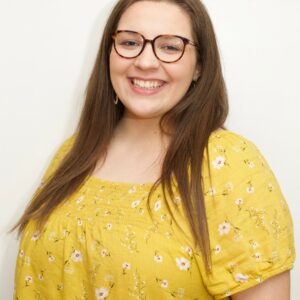 Last fall, we hosted our third annual Late Night event for middle school students across the Upper Cumberland. As we dreamed and planned and prayed, 150 kids coming to Late Night felt attainable but still a dream. As we ordered equipment, counted up registrations, and attempted to group the students, we quickly realized that 150 kids was a modest estimate in comparison to the kids that actually came. I felt overwhelmed, but mostly by the kindness of a God who saw and knew my longing for this event to flourish and reach more middle schoolers than ever before. The event was far more than I could’ve ever dreamed… but this doesn’t surprise me- because He keeps his promises (Ephesians 3:20).

I made several new friends that night, but one I will never forget is my friend Heather. Before I tell you about the significant conversation I had with Heather, let me set the scene. Just prior to that moment, our Area Director, Drew, told our middle school friends about Legion. He shared about how we relate to Legion– because of our tendency to get lost in a variety of identities outside of our truest one: that we are sons and daughters of the King… A King that created us, loves us, and says, “You are mine.”

Sometimes, as we fumble and try to find other things to satisfy, we live behind identities such as athlete, popular, loner, or maybe even feelings like sadness, hurt, anxiety, and loneliness. After Drew shared this, my 7th and 8th grade friends went to a room to process and unpack the things that they had just heard. I asked them, “What is your name, and what do you want your new name to be?” Heather answered, “My name is “depressed.” I want my new name to be “wanted/loved.” I asked, “What do you mean by that? Tell me more…” Heather replied with words I’ve thought about since that night.

“My mom has an intellectual disability and my dad physically abused me until I was five, and he was caught, because he sold all of my belongings and my house for money to buy drugs. No one has ever wanted me.”

I asked, “How does it make you feel that God says, “You are mine?” Heather, quick to answer, said, “No one has ever wanted me like that. I don’t understand why He does but it makes me feel loved to know that He wants me.”

We wrapped up our conversation and headed over to a trampoline park, where I was determined to continue the conversation. As I saw the ridiculously long line we were going to wait in because the park was insisting every single person put on a paper wristband that says “VIP”. In my head, I thought, “this is so stupid. We are the only people here. Why do we have to do this?” But, I willingly and joyfully waited in line and put on my VIP bracelet.

Later in the night, after Heather had played and jumped for a while, we reconnected and I had an opportunity to talk more with her about her family. She answered my questions, almost surprised that someone cared to know these things about her life.

“I live with my grandparents, but they don’t want me. They take care of me because no one else can,” she said, as she twisted around her paper bracelet. I asked her what was up with the bracelet and her words stopped me in my tracks. “You know,” she said, “no one has ever called me a ‘Very Important Person’ before and I’m never taking this bracelet off.”

The long and ridiculous waiting line that I mentally complained about was most likely for my new friend Heather and her heart as she considered what it means to be highly valued by our Creator. What a sweet reminder of the value that He sees in us…

What a great privilege we have to get front-row seats to see into the lives of middle school VIPs!

Cassidy is a first-year staff associate from Cookeville, Tennessee, where she spends most of her time with middle schoolers and teenagers with disabilities! In her free time, she loves to bake and make polymer clay earrings.