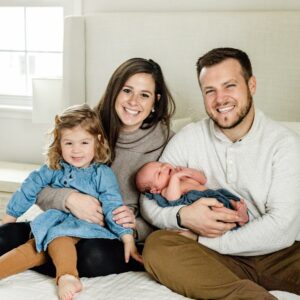 We just had our 80’s theme club and we tried something that ended up being a huge hit! As I looked through Spotify playlists of 80’s hits, I saw the Conga continually pop up. I had the idea to do “Spontaneous Conga Lines” at random points during club. We did it three different times throughout the night and would yell out “SPONTANEOUS CONGA LINE” whenever our sound tech decided to blare the song. We dropped whatever we were doing and did the Conga line dance for a good 30 seconds or so until our sound tech stopped the music. Whenever the music stopped, we just picked right back up with the club events. By the third time, kids loved the surprise of it and the energy of our spontaneous conga lines.

We did our conga lines at these points in our club order:

It brought a lot of fun energy to an already hype club and requires zero prep/equipment!

Hope you all enjoy!

*The conga line is a novelty line dance that was derived from the Cuban carnival dance of the same name and became popular in the US in the 1930s and 1950s. The dancers form a long, processing line, which would usually turn into a circle. It has three shuffle steps on the beat, followed by a kick that is slightly ahead of the fourth beat. The conga, a term sometimes mistakenly believed to be derived from the African region of Congo, is both a lyrical and danceable genre, rooted in the music of carnival troupes or comparsas. The conga dance was believed to have been brought over from Africa by enslaved people in the West Indies, and became a popular street dance in Cuba.”[1]

It is important to be mindful of cultural appropriation vs cultural appreciation when leveraging elements that are derived from other cultures. To that end, we humbly celebrate the African and Cuban cultures from which this activity is derived.

Kevin Matznick is the Area Director in Newburgh, IN. He is also a leader at Castle High School. In addition to Young Life, Kevin loves being married to Rebekah and being a father!