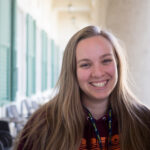 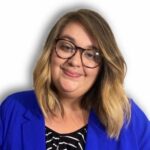 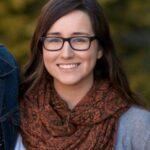 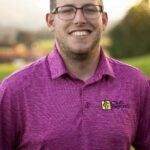 You may have recently heard about this little game called “Among Us.” Even though it’s been out for a while, it’s only recently become popular. Like most things, it’s probably because of a TikTok. “Among Us” is a type of “Who done it?” game, similar to Mafia. (If you don’t know how to play Mafia, I don’t really know how to help you.)

Like most Young Life leaders right now, we are having to find creative and safe ways to do contact work. “Among Us” checks both of the boxes. You can play it online or in person, socially distanced outdoors, at a BYOCAM (Bring your own chair and mask) event. And it’s FREE! And a great way to meet new kids because it’s something your friends want to invite their friends to play!

Once I found out about the game’s popularity, I messaged a few of my Young Life girls and asked them if they wanted to meet up and play. It was an immediate and overwhelming yes! They were so excited that they invited a few other people and we ended up 11 deep in the high school parking lot. (As a side note, I don’t think it’s important that you yourself know how to play. Just make sure that someone in the group does, and let them explain it.)

If you want to know how to play, here’s the scoop:

Get a group of 5-10 players. You are each given tasks you need to do to repair the ship. There are, however, “Imposters” (up to 3 people). The Imposter’s job is to blend in, and eliminate all of the non-imposter players BEFORE the crewmates can complete their tasks. They have extra abilities like being able to use vents to travel, sabotaging the ships, and closing doors on players to trap them in a room. Even better, the players who were killed can still participate in trying to get their tasks completed, so no one has to sit out!

A group of Club Beyond staff decided that they needed to test run this newest craze (for science), and here’s what they learned:

How To Set Up A Game

Bethany Carter is on staff with Young Life Military and Club Beyond in Kaiserslautern, Germany. A military kid herself, she got involved with Club Beyond when she was 13 and has been on staff internationally since 2012.

Amber Ferrell is a high school teacher in Belle, WV. She has been leading Young Life at the school she teaches in for the last 7 years. She is thankful for the platform Young Life provides her as a teacher leader within her school and community.

Olivia Harrison is on Club Beyond staff with Young Life military in Ramstein, Germany.

Logan Wells is on staff with Young Life Military, Club Beyond in Wiesbaden, Germany. He first attended Club Beyond as a high school student, then became a volunteer Young Life leader in south-central Pennsylvania. Logan has now been on staff internationally since 2018.