The Dreaded Enemy of a Good Young Life Club 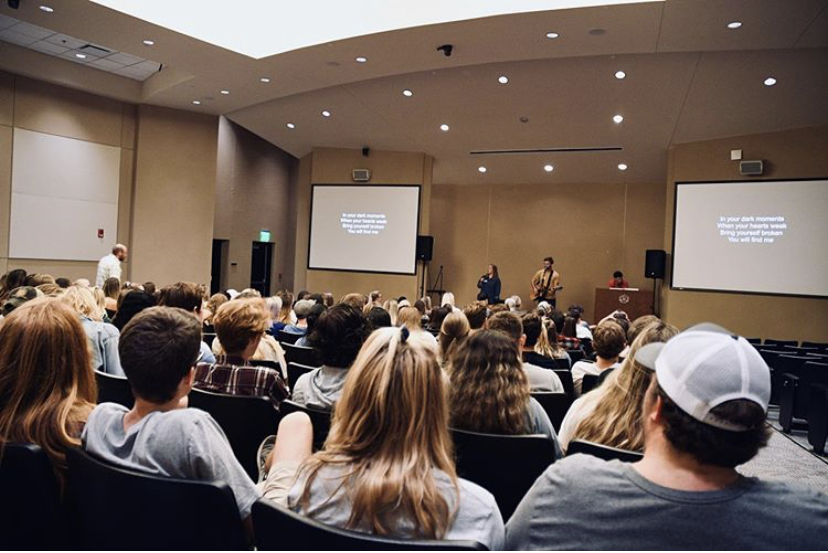 They are just one of the many enemies of Young Life club.

Obviously, there are spiritually deeper answers to the question as to what is actually the enemy of club…but dead spots are certainly an enemy to the flow of a fun club.

I refer to dead spots as “Mrs. Margard Moments.”

Imagine that a teacher at the school, “Mrs. Margard,” embarrassing fell down a flight of steps in front of students that morning. At some point in club, if there’s a dead spot, someone will turn to their friend and say, “Hey, did you hear about Mrs. Margard?” Now they’re in an animated discussion about this crazy thing that happened at school. Meanwhile, the leader up front has to work that much harder to get everyone’s attention back.

It’s hard enough to keep everyone together and present in the moment. Don’t leave time for Mrs. Margard Moments. Dead spots are a struggle.

To eliminate the dead spots, a simple trick is to make sure every element of club overlaps. Make club seamless by overlapping the layers: Songs flow into more songs… that are interrupted by entrance music… that is interrupted by characters yelling out their lines… until they are leaving to exit music… which is interrupted by a guitar playing as the next song begins…seamless.

Club starts with loud music and screaming teenagers bursting through the doors. The guitar player is already upfront and ready with the first song. If you start with a game, the guitar player is still ready with their guitar strapped on and ready to play. The first song flows right into the second song – constant energy. If there’s a skit/run on/interrupter after a couple of songs, the intro music for those characters should play while you’re still ending the last song being led. Characters are coming out and doing their schtick before you realize what’s happening. The next thing you know, they’ve said their tag line, their exit music is playing and the guitar player is already strumming their guitar for the next song.

It’s helpful if the guitar player never puts down the guitar until the last song is played so they’re always ready to help bridge those dead spots.

Think ahead about elements that might create dead spots. For example, don’t use bandanas for blindfolds. Use Lone Ranger masks with black felt glued over the eyes. Or use velcro sleep masks. Use something you can just throw on someone quickly. They work better, look better…and most importantly, are faster. No one is telling their “Mrs. Margard story” while they’re waiting for the leaders to tie bandanas around someone’s face.

Another pro-tip: Use tarps – big and small – so that you can quickly scoop up the mess of a skit and then take the time to really clean up your supplies after club. It’s faster and cuts down on M.M.M.’s

Make an outline of club and color code things like Lights – PowerPoint – Music – so that whoever is in charge of turning on lights, running the powerpoint or hitting music cues is never left wondering if they’re supposed to hit their button.  Make a few copies and give them to whoever is helping with those jobs. It cuts down on pre-club details and frees you up to actually hang out with kids on the front lawn before club.
Few people can point out what made the difference at the end of the night, but a club without dead spots will feel much more exciting to everyone there. It’s kind of like going tubing in a river. You want to keep moving and not get caught having to drag your tube in ankle-deep water.

Let’s do whatever it takes to bring kids face to face with Jesus.

“Murph” is an Area Director in Wayne County, Ohio. He went to the University of Cincinnati, where he met the Lord, thanks to some volunteer Young Life leaders living in the dorm! He partners in life and ministry with his beautiful wife, Annie, and three incredible kids: Griffin, Cooper & Parker.