I Can’t Believe I Tweeted This: Timehop, Spring Break, and Redemption 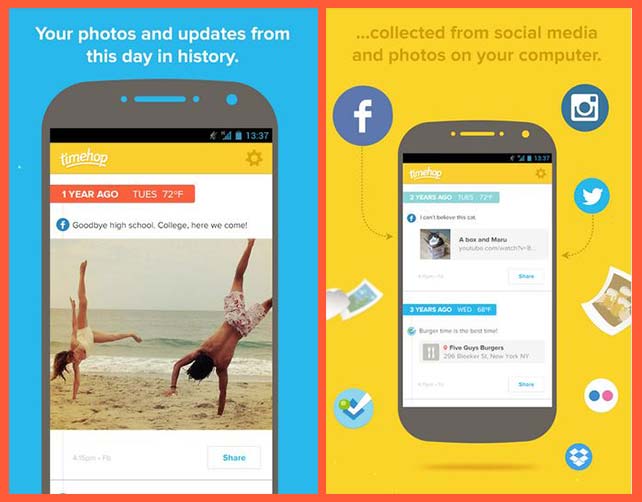 Timehop is a fantastic app for all Young Life leaders!

Each day, it pulls in pictures from Instagram, Facebook, Google, and my iPhone camera roll to remind me of things that occurred on that exact day in past years. Mine takes me back a full decade, to when I started using Google Photos and Facebook.

A lion’s share of those photos are of my Young Life friends, many who are now adults. The Timehop app has been a fun way to help me stay connected with them, even after some of them move far away and we haven’t seen each other for years.

It seems almost daily I’ll see a pic of an old Young Life friend. I’ll text them the pic of the fun memory and it helps us pick up right where we left off. 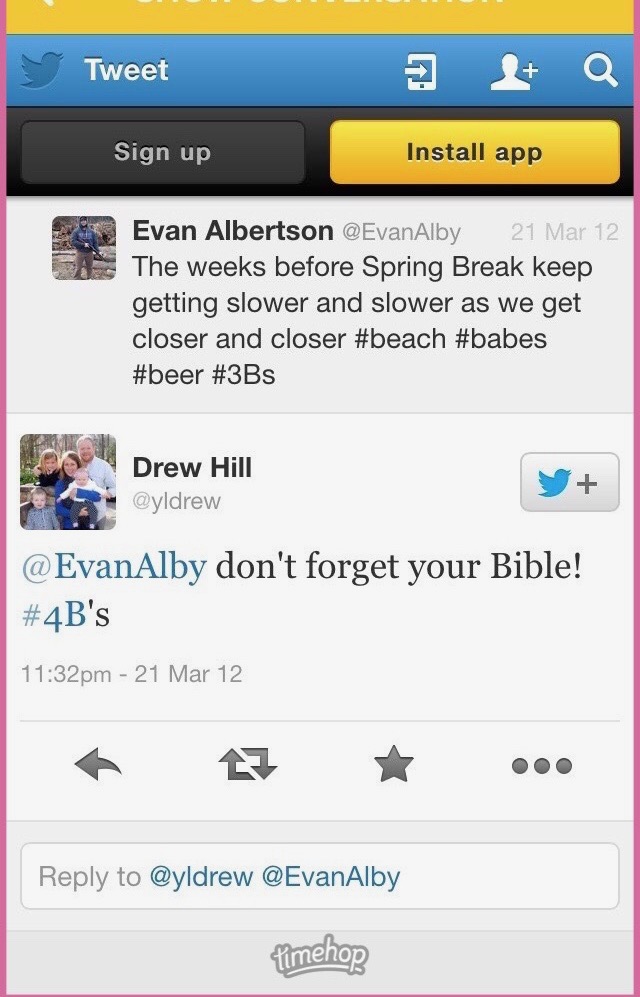 Check out what popped up this week in my Timehop app. Pictured here is the Twitter screenshot.

I immediately texted it to my buddy Evan and he called me laughing. It was six years ago this week when he was a high school senior and tweeted:

“The weeks before Spring Break keep getting slower and slower as we get closer and closer. #beach #babes #beer #3Bs.”

At the time, I was trying to be outwardly clever, but inwardly I was pretty discouraged. Evan had been in my Campaigners group for almost three years and I felt like nothing was sinking in. A few weeks later, while he was on spring break, I penned this post: “How Spring Break Broke My Heart.”

But on Wednesday of this week, Timehop reminded me that God’s timetable isn’t always the same as mine. Six years ago, Evan was heading in the opposite direction that I was hoping he’d go. But, as God often does, he used those windy roads to bring Evan back to Him. 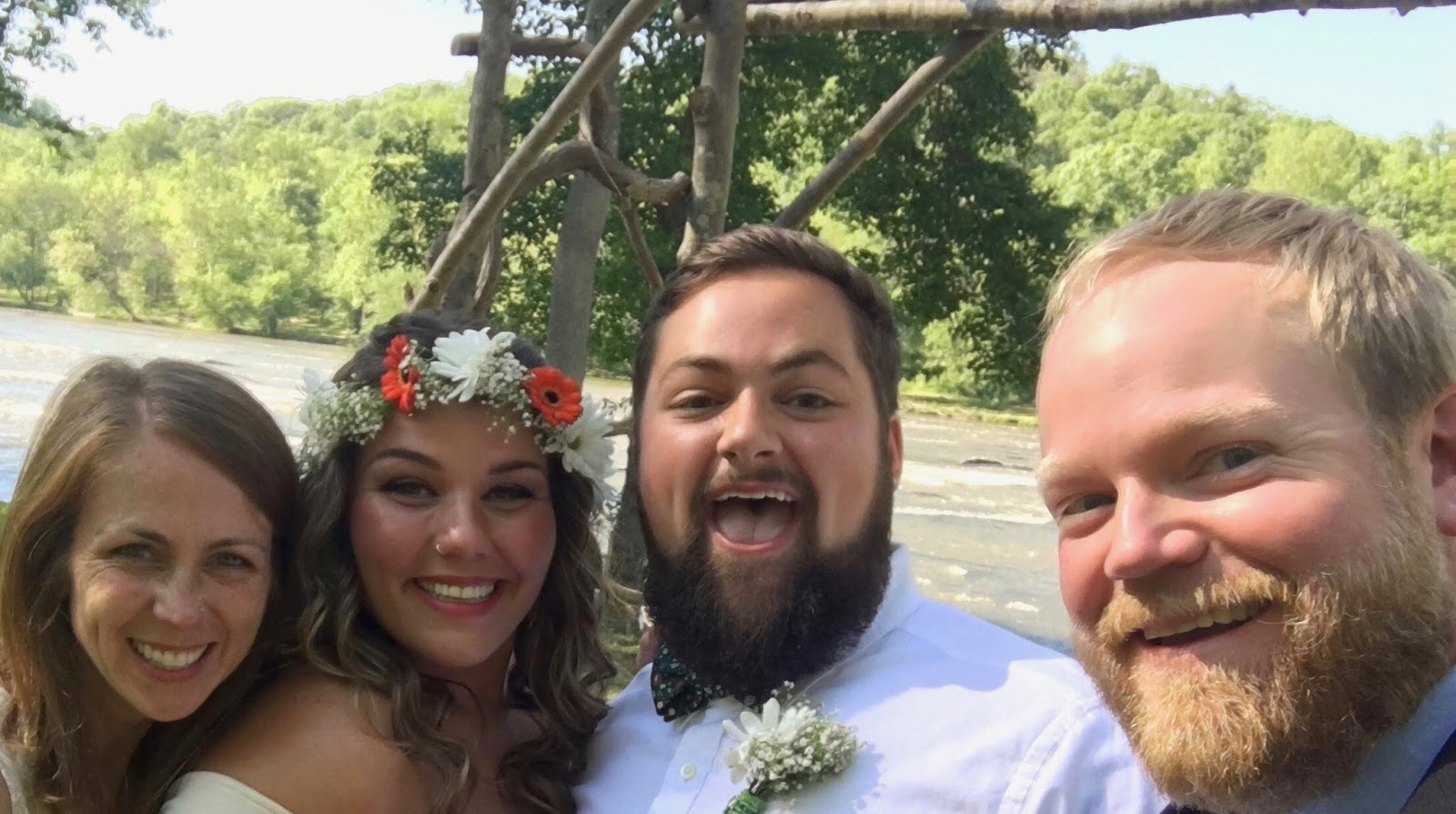 During Christmas break of his freshmen year in college, Evan came over to our house to hang out. He had finally come to a point in life where he was ready to surrender his life to the Lord. That summer, he served on Summer Staff at Sharp Top Cove, and the rest is history. He fell in love with the Lord and walked with Him through college.

Just last year, after Evan graduated, I was privileged to officiate his wedding. And just yesterday, he gave me permission to share his hilarious tweet and his story with you. I texted him, “How would you feel about me posting that tweet on the Leader Blog? Would that be too embarrassing for you?”

Evan wrote back, “I wouldn’t mind at all- because I’m redeemed, brotha!”

I wonder what stories of redemption your Timehop app is going to be telling you six years from today?