What Do Catholics (Really) Believe? 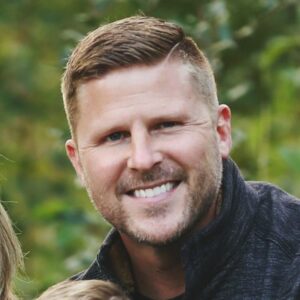 What do you do when a Campaigners discussion suddenly takes a left turn, and you’re now fielding questions about confession? What do you do when your cabin time conversation gets embroiled in a debate about Mary? Given all the misconceptions about Catholicism, you may feel like you’re navigating a theological minefield when there are Catholic kids in your groups. Here are some simple clarifications that every Young Life leader should know about what Catholics really believe. These 11 points can help you transform what could be a tense conversation into a unifying discussion about the larger body of Christ.

CATHOLICISM IS BOTH A FAITH TRADITION AND A CULTURAL THING

All kids who identify as Catholic are not the same. Think of Catholic kids as being somewhere on a spectrum from having a vague familiarity with Jesus (a “cultural Catholicism”) all the way to having developed a mature, missional faith. Your task is to help Catholic kids build on the faith they have wherever their starting point. So begin by asking your Catholic kids about their faith experiences growing up. Ask when and how they may have encountered Christ in their lives.

CATHOLICS VIEW FAITH AS A PROCESS, NOT A DECISION

Catholics believe their faith journey began when they were baptized — and for most, that means when they were baptized as a baby. Catholics believe faith is a process; Protestants tend to think of faith as a one-time commitment. So use the phrase “faith journey” with your Catholic kids instead of asking them about “the day they became a Christian.”

THE TRINITY, INCARNATION, CROSS AND RESURRECTION ARE AT THE CORE OF CATHOLIC BELIEF

Similar to how Young Life is defined, Catholicism is defined more by its center of gravity than its boundaries (a phrase worth repeating). In other words, the things that make me most Catholic aren’t my beliefs about Mary, the pope, or the saints. Of course, it’s important to talk about our differences, but the true center of gravity of Catholicism is found in the beliefs that all Christians share — the Trinity, the Incarnation, and God’s victory over sin through the Cross and Christ’s resurrection. Think about Young Life’s talk progression as you minister to Catholic kids. Help them encounter on a personal level these most fundamental beliefs we share.

CATHOLICS ARE CALLED BY THE GREAT COMMISSION

Catholics, Protestants, and Orthodox all have the same mission: “to go and make disciples of all nations” (Mathew 28:19). While it is easy to get caught up in those arguments which divide us, the Great Commission helps us focus on the common task at hand — to help others know and follow Jesus. Though many Catholics have yet to internalize their missionary calling, Catholic teaching on this matter is clear. Pope John Paul II said, “No believer in Christ, no institution of the Church, can avoid this supreme duty: to proclaim Christ to all peoples.” So please, go and make disciples together!

CATHOLICS BELIEVE IN SALVATION BY GRACE

Once in a while, a Protestant will suggest that Catholics believe salvation comes from works, not faith. But just like Protestants, Catholics believe we are saved by grace through faith in Jesus Christ. Faith is not merely intellectual agreement (“I believe that there is a God”) but an expression of the whole person leading to a changed life. Catholics may not say we are “saved by faith alone,”but that’s because Catholics believe that saving faith expresses itself in love (Galatians 5:6). It’s not faith vs. loving works but faith working together with love.

CATHOLICS BELIEVE THE BIBLE IS THE AUTHORITATIVE WORD OF GOD

The Catholic Church encourages Catholics to read the Bible and meditate on its content. Young Life leaders help Catholic kids encounter Christ personally as they reflect on Scripture and apply it to their lives. The New Testament books are exactly the same in Catholic and Protestant Bibles. Catholic Bibles contain seven Old Testament books (scholars call deuterocanonical books) that are not found in Protestant Bibles but that the early Reformers such as Martin Luther considered “useful and good.” Young Life relies on the Bible as it presents the core of Christian faith. Many Young Life camp stores sell Catholic Bibles, and if you have Catholic students in your cabin or Campaigner groups, have them use their Catholic Bibles.

When Catholics talk about going to a priest to receive the sacrament of “reconciliation” or “confession,” they are not saying that they believe they cannot confess sin directly to God and be forgiven. When Catholics confess their sins to a priest, the priest is serving in Christ’s name, as a representative of Christ, when he pronounces forgiveness. As Scripture says, Jesus passes on his authority to forgive (in his name) to the apostles. “Whatever you bind on earth shall be bound in heaven” (Matthew 16:19; 18:18) and “If you forgive the sins of any, they are forgiven; if you retain the sins of any, they are retained” (John 20:22-23). Reconciliation is a gift of God’s grace. So encourage your Catholic kids to go to confession as it’s another way — in addition to their private confession in prayer — for them to encounter Christ’s mercy and feel reconciled to God.

CATHOLICS ASK FRIENDS (AND SAINTS) TO PRAY FOR THEM

When a Catholic “prays to” a saint, this isn’t idol worship. Just as Catholics ask fellow believers on earth to pray for them, Catholics also believe that the holy ones in heaven can pray for them. When I’m praying “to” St. Anthony, for example, I am asking St. Anthony to pray for me (usually to find my keys). The New Testament speaks often of “saints,” a reference to believers or “holy ones.” These saints are models of holiness to be imitated. Like Protestants, Catholics believe that there are saints on earth and in heaven. All saints are alive in the sense that they are united in Christ. This is what is meant by the “communion of saints,” a biblical concept transcending time and space. Saints will come up in conversations with Catholic kids. When this happens, it’s a great opportunity to ask good questions, such as “What inspires you about the way that saint followed Christ?”

Catholics honor Mary and look to her as a spiritual mother in faith, but they do not worship Mary. Mary is important to Catholics not for her own sake but because of her relationship to Jesus; she’s called the “Mother of God” because she is the mother of Jesus. When Catholics refer to Mary as “blessed,” they are referring to Luke 1:42, 45, 48. Catholics honor Mary as a model of faithfulness. Her “yes” to the Holy Spirit, her faith that evoked Jesus’ first miracle at Cana, and her fidelity to Jesus even under the agony of the Cross are all examples of her faith in God. Catholic teaching never places Mary on the level of God. Catholics ask Mary to pray for them just as they do other saints in communion with God. “Pray for us sinners” is what Catholics ask of Mary in praying the Rosary. Two distinct Catholic beliefs about Mary — a belief that she was “immaculate” or without sin when she was conceived in her mother’s womb and the belief that upon her death, Mary’s body was “assumed” into heaven with her soul — are beliefs that are not based on any merits of Mary but based on the grace and merits of Christ. So when Mary comes up, you can always bring the conversation back to Jesus.

CATHOLICS BELIEVE THE EUCHARIST IS THE BODY AND BLOOD OF JESUS

All Christians celebrate communion to remember Christ’s sacrifice on the cross, but Catholics take Christ at his word that the bread and wine are not merely symbols but literally become His body and blood. This is why Catholics give special devotion to the Eucharist. Every Catholic Mass culminates in the Eucharist, a personal encounter with Jesus. Many Catholics practice “Eucharistic adoration” which is a special way of praying in the presence of Jesus. Receiving communion in a Catholic setting affirms Catholics’ belief in the presence of Christ in the Eucharist, and it declares they are in communion with the wider body of the Catholic Church and its teachings. For these reasons, the Eucharist is reserved for those for whom this is true. So as a Protestant, you won’t be receiving the Eucharist at a Catholic Mass, but you can still attend Mass with your students from time to time to show that you respect their faith tradition.

Catholics believe that Jesus gave Peter a very important responsibility to shepherd the church (Matthew 16:17-20). Catholics appoint an international leader as a successor of Peter to serve as a visible sign of unity for the church throughout the centuries. Just as God revealed to Peter special insight into Christ when Peter declared, “You are the Christ, the son of the living God,” Catholics believe God continues to guide and safeguard the deposit of the Christian faith through Peter’s successors. On very rare occasions, the pope pronounces something under the direct inspiration of the Holy Spirit that is to be believed by all Catholics. This is what Catholics refer to as “infallible” teachings. This has only occurred twice in the last 200 years. Such teachings are extremely rare. The everyday work of a pope is to point people to Jesus. Pope Benedict XVI once said, “The essence of Christianity is not a doctrine but a person — Jesus Christ.”

I don’t think the concept of purgatory deserves to be one of the top Catholic beliefs to explain since — this might surprise you — Protestants end up talking about purgatory more than Catholics do! I’m serious. But if you’re curious about it, Catholics believe purgatory is the process of purification that some people may experience after death on their way to heaven. It’s not something that comes up much in Catholic parishes, Catholic schools or even Catholic funerals.

What unites Protestant, Catholic and Orthodox believers is so much more than a handful of doctrinal differences. Young Life founder Jim Rayburn instructed staff and volunteers to “major in the majors” and keep the focus on Jesus. Once kids develop a personal relationship with Jesus, they learn the fullness of their particular faith tradition through their respective Christian churches. Our job is to help kids build that foundational relationship with Jesus.

Michael Havercamp serves as Young Life’s Director of Catholic Relations. He has a doctorate in Christian Spirituality and a master’s degree in Systematic Theology. A practicing Catholic who has served as an area director, associate regional director, and divisional training associate, Michael is passionate about bringing Young Life and the Catholic Church together for the sake of kids. He lives with his wife and four children in Davenport, Iowa.