To Walk Her Down The Aisle 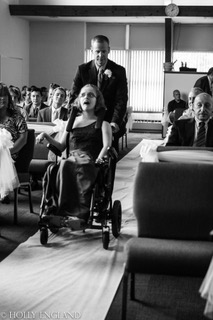 I remember the doctor’s words clearly, “It’s a girl.” My wife said, “Really?!” She was convinced we were having a boy. It was our first child and we decided to wait and be surprised by the gender.

Holding Hannah in my arms that morning, I could hardly believe I was a father. I began to dream about all the fun times we would have. I was young, but I could picture growing old and Hannah growing up. I pictured birthday parties, soccer games, prom nights, and someday walking her down the aisle to give her away (to some guy who probably didn’t deserve her!).

Five months later all those dreams shattered as the doctor told us, “She has brain-damage and is probably blind.” Like a piece of paper sucked out of a car window, those dreams slipped out too fast to grab them.

We moved on without those dreams: birthday parties included only family, there would be no soccer, no prom, no aisle to walk down and no guy – deserving or not – to whom I would give her away. 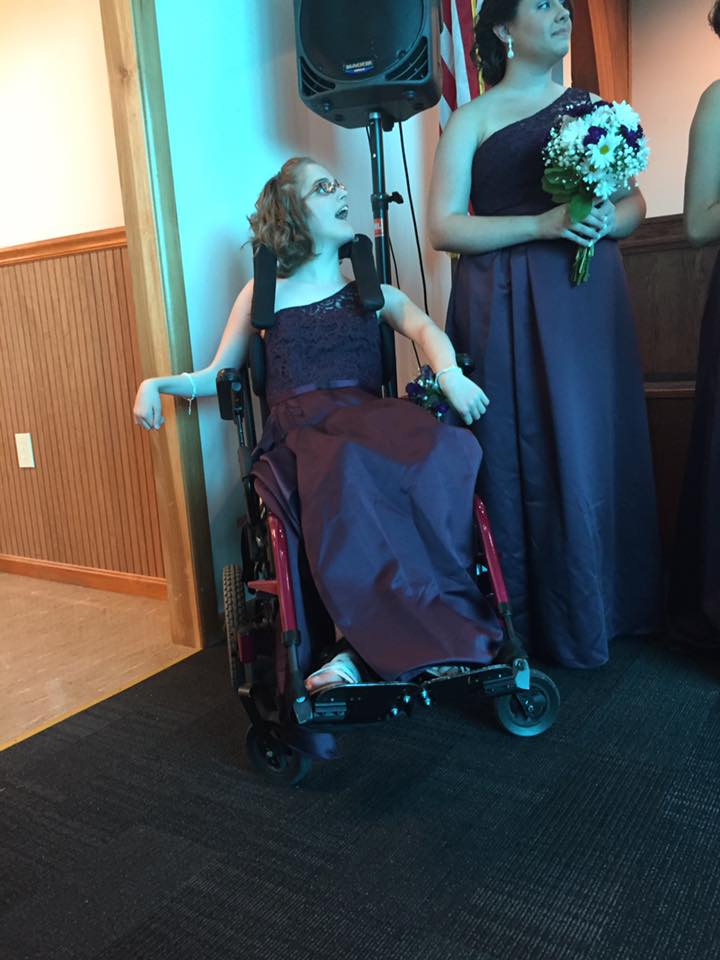 Then Capernaum came along.

Capernaum has given Hannah friends – her leaders pursue her and are indeed her friends. She has never spoken a word to them, but they know her, they communicate. They love her and she loves them.

She went to prom this year. Was this Capernaum? No, but without Capernaum I never would have sought to make it possible.

It was amazing to see her looking beautiful in her dress, laughing and smiling as she listened to music. A group of girls danced with her – pulling on her wheelchair to help her spin like everyone else to “Cupid Shuffle.”

Then they told me, “Make sure we get a picture with Hannah before you leave.” As I watched these 5 girls pose for the photo booth, I realized this was one of those dreams: Hannah was “one of the girls,” giggling and posing for silly pictures. She belonged.

Then, this summer, Hannah was invited to be a bridesmaid in the wedding of her Young Life leader, Rachel. “It isn’t what you dreamed of,” Rachel explained, “but at least you’ll get to walk her down the aisle.”

I could not have been prouder – even if life had been “normal” –I don’t know if the joy I felt could have been matched. What is more powerful to me than to walk her down the aisle was what Rachel said next. I was worried that she was using her wedding to just give me my moment.

“This isn’t just for you, she’s one of my best friends and I want her in my wedding.”

Through Rachel and Capernaum some of our dreams have come true. God has used Capernaum to open our eyes to see Hannah in new ways. We are grateful.

P.S. It’s not soccer, but Hannah will be joining the Bocce Ball team for our local Unified Sports league this winter! I can’t wait to sit in the stands and cheer! (Anyone know the rules of Bocce?!)