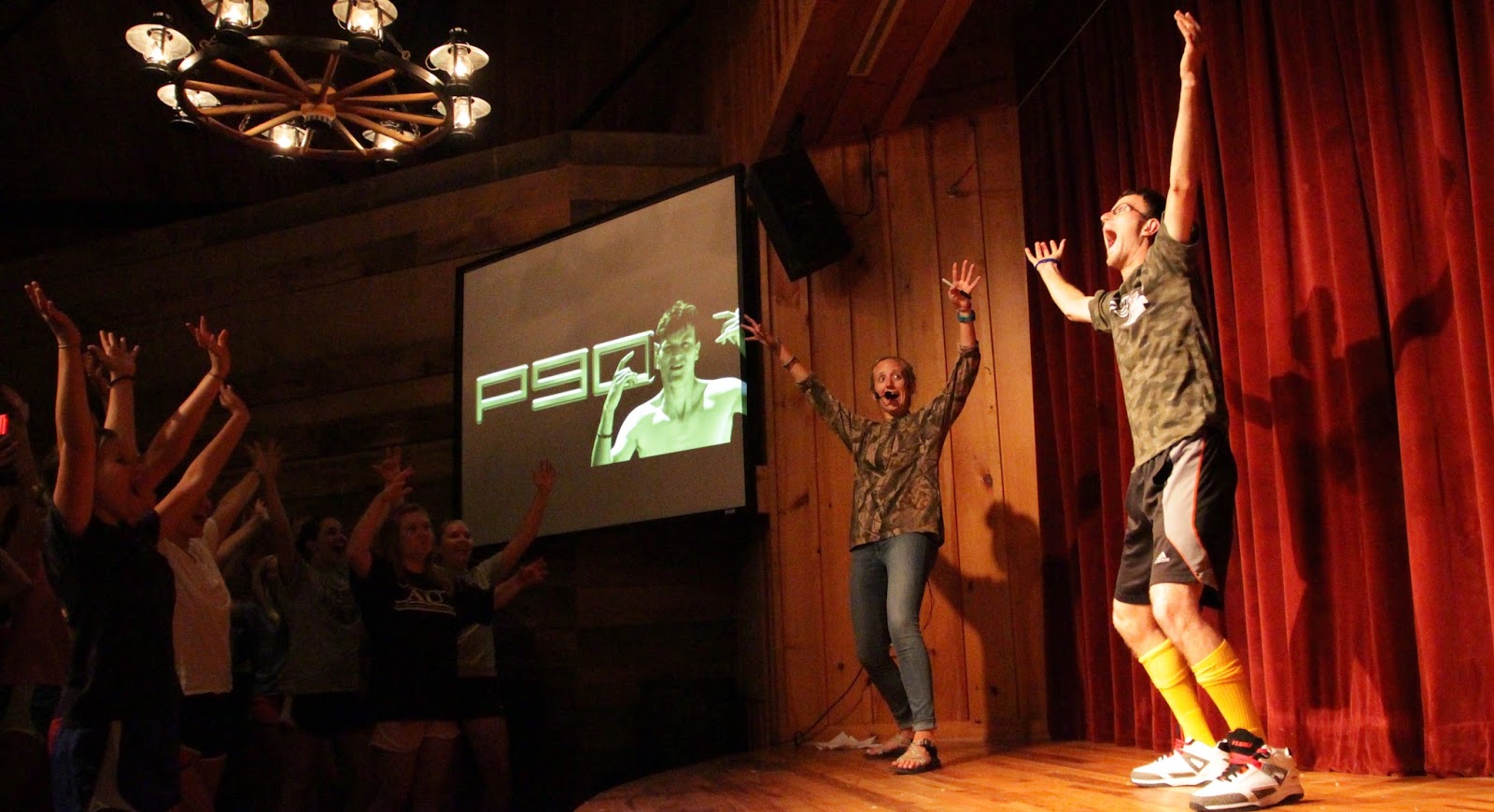 My friend Owen spent the month of June serving on the program team at Carolina Point.  Owen is full of life and ultimately has two speeds- dancing and asleep.  He, along with three other people, spent the month breaking down the tough walls that high school kids build up.  He made them laugh, he led them in games during club, he declared big cookies for all, he led them in dancing, he led them in mixers and well, led them in just about everything that camp has to offer.

This in and of itself isn’t unique.  It’s what we do in YL camping.  Every session at every camp, a group of people serves as the program team and they are tasked with this job.  What makes session one at Carolina Point unique is that Owen has a disability.  He’s our first Capernaum alumni to serve in an on-stage role during a month long session of camp.

The first two weeks of camp were our Capernaum weeks, so fear wasn’t in the equation.  Instead, campers saw a peer, a role model, someone that was serving in a way that challenged them to think about what they could do, how they could be a leader, how they could serve and use their gifts.  The second two weeks, on the other hand, were traditional weeks of camp.  Weeks filled with hundreds of high school kids, crazy kids, kids that throw the word ‘retard’ around as much as the word ‘like’.  And in their eyes, we had one on stage.

Night one came and as always, it was obstacle course time.  The guys took off in full force and to stall the girls, we had a dance party.  Classic night one clubroom business.  Except on this night one, P90 Owen led the dance party.  He came out on stage and the girls followed his every move.  Not one dance move was missed by these ladies, and trust me, keeping up with Owen is not for the faint of heart.  For thirty to forty minutes, these girls moved more than they knew possible.  There wasn’t time to be afraid, no time to realize that he had a disability, no time to think about how they would act in school if they ran into him.  Just time to dance.

Night two rolled around and it was time for club.  Singing, swaying, crowd surfing and then it was time for thirty seconds of P90 Owen.  He broke through the curtains and the girls went wild.  Ballistic, crazy, screaming, squealing, jumping up and down madness.  So obviously, the fellas did the same exact thing, even though they had no idea who P90 Owen was!  Within two seconds, over three hundred people were following Owen’s every move.  They all stepped into the opportunity to follow Owen through play.  And by the time thirty seconds rolled around, Owen was no longer different than the rest of the room; he was the leader of the room.

We put together a video of Owen’s time at camp, though impossible to capture the richness of it all.  I pray that as you watch this video, you’ll join us in celebrating how amazing it was to have Owen lead high school kids, not just in games, but away from fear and into embracing people who are different from them.  The gospel in the form of a dance party.