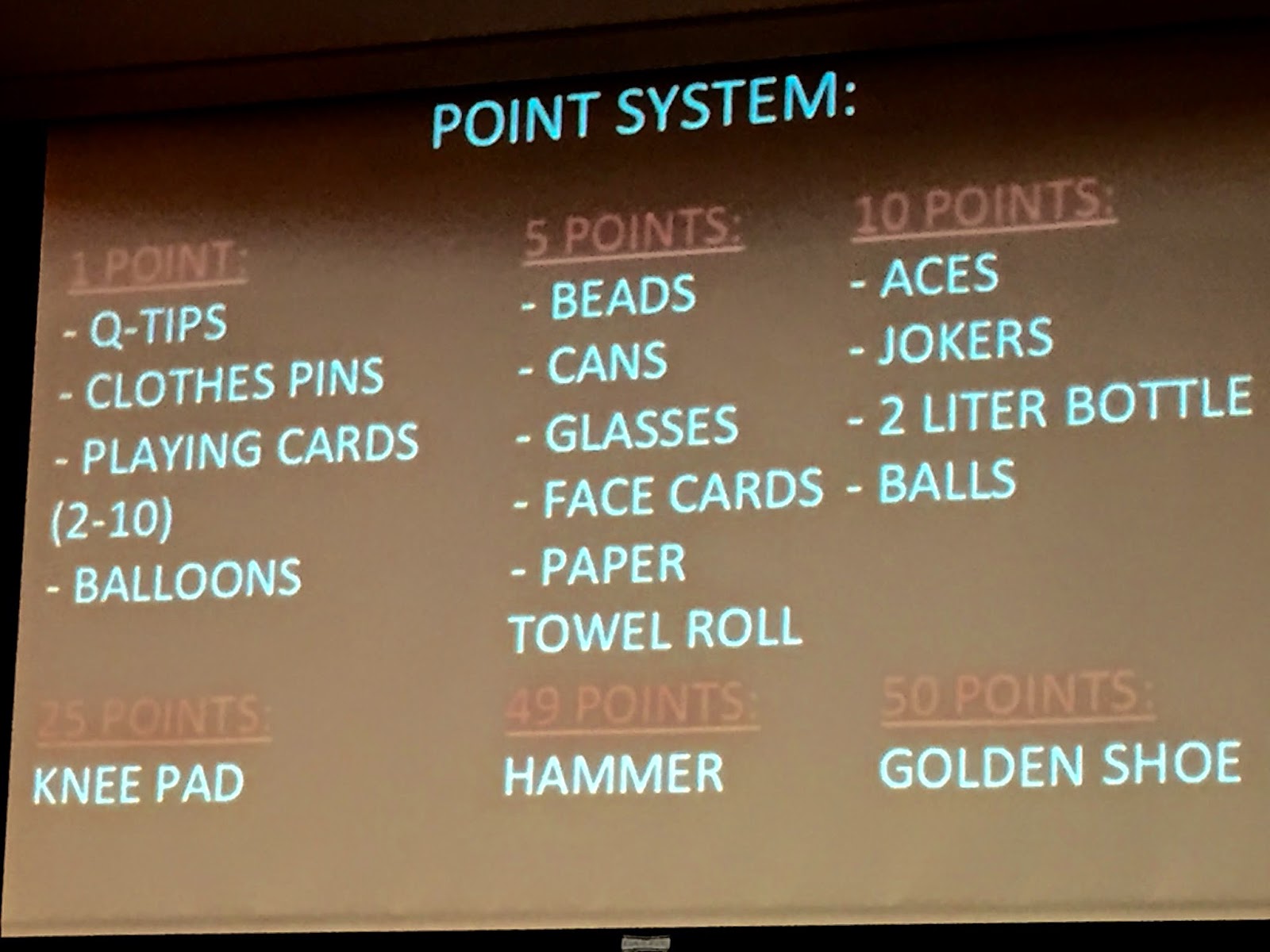 Here’s a new game we played at club a few weeks ago that went really well!

YL leaders Josh Shipman and Ryan Rainey sold the game as Wrestling Recruiter skit characters. They had other leaders in the back getting the contestants ready.

Each contestant first put on a painting sock mask. You can get them for $2/each at Home Depot.  Then a leader helped each kid wrap their face in duct tape, sticky side out, so it looked like they were wearing wrastlin’ masks.

They had prepped a tarp with a lot of random objects and ask the crowd to spread out so the tarp could be opened in the middle as a sort of wrestling ring. Kids were introduced, made their entrance, and then competed to see who could get the most items stuck on their head, using no hands. The prized trophy was the ‘golden shoe’ which was almost too heavy to stick to anyone’s head but that didn’t keep folks from fighting for it.

You can watch this video below to see how the game worked and use the pic above to come up with ideas for your objects and the different point values. Thanks to Josh and Ryan for sharing your creativity!

*Pro Tip: Don’t use good duct tape and only wrap the top of the kids heads.