Lumberjack Week: The Manliest Of All Campaigner Ideas

This guest post is written by Scott Reintgen in Durham, NC. 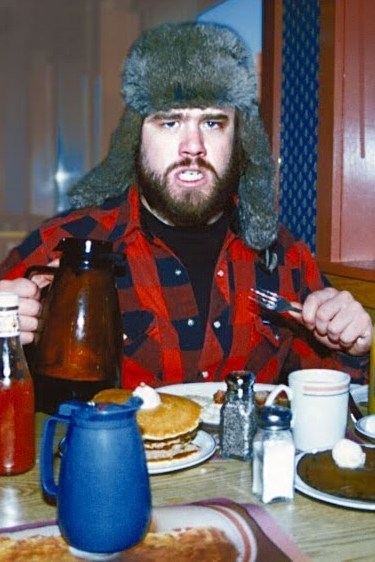 Everyone is doing No-shavember–It’s a great way to bond with guys!

But few men are bold enough to take on…Lumberjack Week!

During the 3rd week of November, starting Monday Nov. 17th, grab your axes, strap on your suspenders, and don your flannels…it’s time for Lumberjack Week.

I have to give all of the credit to my co-leader, Thomas Ferguson, who either started this or just took it to a whole new level with his group of friends in high school.

For an entire week, you wear lumberjack clothing. You’re wearing heavy boots, flannels and the toboggan hat when you can, and you always, always have on your suspenders.

Keys to making this week work for your guys:

Why do this? What were the benefits?

Something We Didn’t Do, but I Wish We Had

Hold an all-area, man-specific event.  You could organize something for the 3rd week of November in which all of the clubs in your given area get together for a man-competition of sorts. We have plenty, PLENTY of Young Life games that fit the mold for this. I think it would have been a real treat for those guys that are always at Young Life to really connect with guys from other schools in that way. (Game examples that might work: Get two dead fish, dip them in chocolate pudding and have guys slap fight with them, eating competitions, modified hoedown events that fit a more lumberjack theme, etc.)

I just always think there is room to take what we are doing to the next level. Why not make it that much more fun, that much more involved, and that much more appealing?! Sometimes we settle for going halfway and people around the school don’t get to catch that glimpse of “life and life to the full” that they inevitably would run into if they came to a club. Keep seeking ways to leave an imprint on the school you’re at in a creative way.

-Thanks for sharing, Scott!  No better contact work than to involve your current Campaigner group with meeting new high school friends.  If you try this at your school, send us your stories and photos!