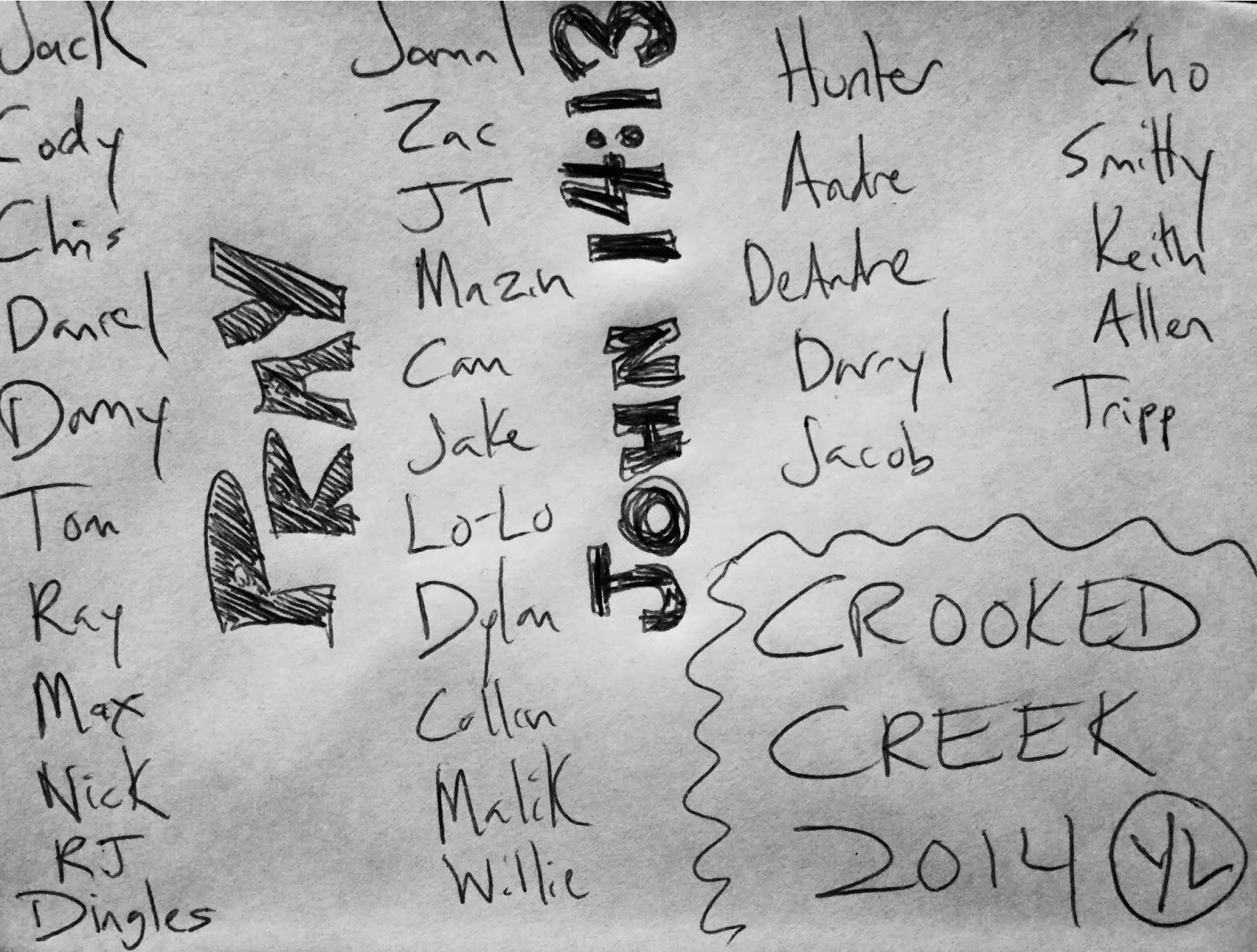 One of my YL leader friends carries around an index card in his pocket.

When he has a break in the day, instead of playing Flappy Bird, he pulls out his card and prays. On the card he has written the names of the guys he wants to come with him to camp this summer.

I think he got frustrated trying to convince guys to come to camp. His response was to bug the Lord instead of constantly nagging the guys.

Begging kids to come to camp is exhausting. It would be easier to just not go to camp, to ‘lose heart.’

2,000 years ago Jesus’ disciples felt like quitting. In Luke 18 Jesus told them a story “so they would always pray and not lose heart.”

Jesus said, “In a certain city there was a judge who neither feared God nor respected man. And there was a widow in that city who kept coming to him and saying, ‘Give me justice against my adversary.’ For a while he refused, but afterward he said to himself, ‘Though I neither fear God nor respect man, yet because this widow keeps bothering me, I will give her justice, so that she will not beat me down by her continual coming.’” And the Lord said, “Hear what the unrighteous judge says. And will not God give justice to his elect, who cry to him day and night? Will he delay long over them? I tell you, he will give justice to them speedily.

But God is also the widow in the story.

He put on skin and became vulnerable, for us.

He suffered injustice, on our behalf.

In his final prayer before he was arrested to be crucified, He is the One who prayed, on our behalf. (John 17)

As we pray for kids to go to camp this summer, let’s remember our only hope of being persistent in prayer is Christ in us.

The persistent One, living in us.

The indwelling power of the Holy Spirit enabling us to persevere.