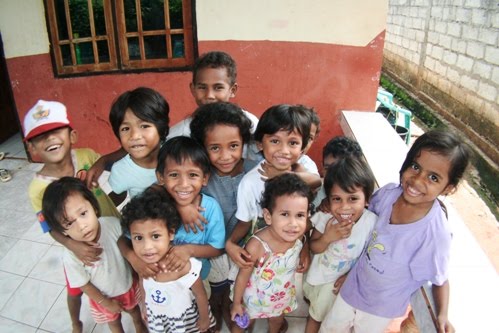 I recently read Donald Miller’s book, A Million Miles in a Thousand Years. In it he tells a powerful story about his friend Jason who was having some trouble with his 13-year-old daughter. She was dating a loser, into drugs, and Jason didn’t know where to turn. After hearing Jason’s story, Don made the offhand comment that his daughter didn’t seem to be living a very good story.

The comment haunted Jason and led him to realize that he wasn’t leading his family into a “living a very good story.” Because he wasn’t offering his daughter an exciting life, she had chosen her own story, one in which she was wanted, even if it was by a loser boyfriend. So Jason decided to create a better story for his family.

He discovered an organization that builds orphanages for only $25,000 and decided even though they could not afford it, his family was going to build one. After some convincing, his daughter became interested in the project and wanted to visit the country where it would be built. She took pictures, put them online, and began to raise money and awareness of the need. As she became less focused on herself, Jason’s daughter began to realize that she was created for a greater purpose than her own happiness. Then, she dumped the loser.

We as Young Life leaders get this. It’s one of the reasons we are Young Life leaders. We know that God created us to give our lives away. That we can experience no greater love than one laying their life down for another.

The best way that we can help our high school friends navigate their summer boredom is to help them take their eyes off of themselves. We must invite them into a story that is bigger than they are.

It’s much easier to invite them to eat ice cream, than to feed the homeless.

It’s much easier to invite them to hang with other high schoolers, than to invest in some middle schoolers.

I’m as guilty as anyone. I do a terrible job of inviting kids to live a better story. It takes more work, more effort, and I’m already spent. But wouldn’t it be worth it? Imagine how it would change their perspective, their summer, their hearts.

What would happen if your Young Life club or campaigners group decided to raise $25,000 and build an orphanage in Africa? That would be a story worth blogging about.What ideas do you have of how we can serve alongside our high school friends?