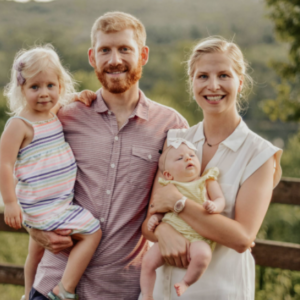 Paul serves as the Missouri Operations Specialist for Discipleship Focus. He is originally from Milan, TN and attended college in Jackson, TN at Union University. Paul was a Young Life leader in college and spent 2 summers as a student at Discipleship Focus, 2011 and 2013. After college he went on staff with a para-church youth ministry in the Branson area. He spent two summers as a Discipleship Focus small group leader before coming on staff in the fall of 2015. He is married to Eva and has two daughters: Eleanor and Adeline.