Who Owns the Work? 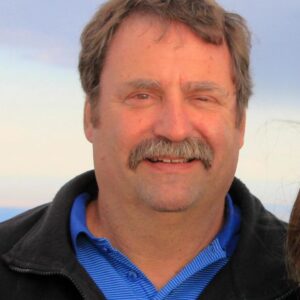 I’ve always loved the parable of the sower in Mark 4 and have taught on it more times than I can count, but about 10 years ago I noticed something significant about this passage that has encouraged me even more. And in these days of dealing with COVID, re-tooling and re-starting ministries, preparing for summer camping, and responding to the new doors the Lord is opening all over the world, I think there’s a great application for our work today.

I think I have misunderstood this passage for a very long time. You see, it’s a parable, not an allegory. Thus, it has one central point. And the more I studied the text, the more I realized I may have been mistaken about what that central point is. I had always seen it as an encouragement to be a better farmer. But now, I think the main point is: The farmer has far less to do with the harvest than one might think.

If the point of the parable is that we should be concerned with getting the maximum result for our effort, then this farmer really messed it up. He did not prepare the soil adequately, he sowed poorly, and he didn’t continue to rid his field of pests and weeds. He certainly was not a very good farmer. And if the point is that we should do everything we can to get the best results, wouldn’t you think that there would be at least one “imperative” in the passage? A call to action, something to do, a practical application? Something like, “Therefore, don’t waste that precious seed that God has given you to sow. Plow the ground, tend the field, and be a better farmer than this guy was if you want to see big results.” But that’s not in the passage. There is no imperative at all. The text is basically an observation by Jesus of what happens when the gospel is sown. Some reject it, some don’t grow, but in the end, there is a huge harvest that is exponentially greater than what was sown.

John Calvin makes this observation about the passage, including that difficult stuff in verses 10-12 about parables actually being used to hide, rather than illuminate the gospel:

“Let us therefore attend to this connection that all whom God does not enlighten with the spirit of adoption are men of unsound mind; and that while they are more and more blinded by the word of God, the blame rests wholly on themselves, because this blindness is voluntary. Again, the ministers of the word ought to seek consolation from this passage if the success of their labors does not always correspond to their wish. Many are so far from profiting from their instruction that they are rendered worse by it. What has befallen them was experienced by a Prophet to whom they are not superior.”

That’s a lot of 16th-century language, but I think Calvin states it quite well. He’s saying that if Jesus experienced a rejection of His message, as well as people turning back after initially appearing to follow Him, why should we expect it to be different in our ministries? I’ve taught (or better, mistaught) this passage for 30+ years in telling people we need to be better farmers. Prepare the soil! Plow the ground! Tend the field! But I don’t think that’s what Jesus is asking here. He is simply making the incredibly encouraging observation that despite our failings as farmers, and despite all of the difficulties arrayed against the crops when we sow there will indeed be a glorious, bountiful harvest.

However, I do think there’s one “imperative” hidden in this passage. It’s not so much an imperative as it is an assumption.

That’s what makes them farmers! If they don’t sow, they are not farmers at all. And if there are no farmers, there is no harvest. They sow because they are farmers, and they trust the Lord of the harvest for results they cannot control. I’m all-in on excellence and doing the best work we can do.

But let’s not forget that this is His work, not ours.

Sowing is our business, and it’s an incredibly important business. But the rest is really up to Him.

Jim grew up a Young Life kid and joined YL staff in New Jersey in 1978. He has served as an Area Director and Regional Director in NJ, divisional training coordinator for Eastern Division while living in VA, and for the last 10 years as the Regional Director of the North Asia region.  He and his wife now live in Raleigh, NC, and have 3 daughters and three grandkids.