He Had Eyes To See 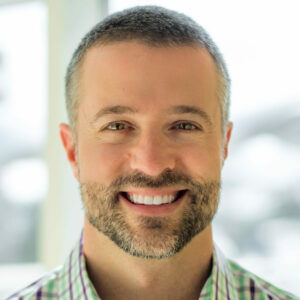 Last week I had to mail a big, heavy package for overnight delivery. So I went to everyone’s favorite place: the post office! There was a long line of 15 people so I waited for a while. Like, a long while.

Then tragedy struck. When I got up to the counter, just as the post office employee said, “Seventy dollars,” I realized I had forgotten my wallet. NOOOOOOOOOO!! The post office doesn’t have Apple Pay so I was going to have to go all the way home, get my wallet, then come back and wait in line again.

I started to walk out dejected and then a gentleman who was in line about six spots back asked me how much the package was to ship. I mumbled, “Seventy dollars.” Then he said something I will never forget: “I can take care of it.” I was confused and stammered, “no, sir, I can’t let you….” He said, “I would love to. I insist.” It was the nicest thing any stranger has ever done for me.

I was self-absorbed and wanting the line to move faster. I was self-focused wondering why people ahead of me were taking so long. I didn’t see the people around me as divine creations that I could serve. But this person behind me did. He had eyes to see.

After my post office miracle (or debacle depending on how you see it), I was reminded to have eyes to see. Whether it’s in a moment with strangers around me or in my ministry. I want to have eyes to see my friends for who they were meant to be.

Later this summer, I’m inviting men I’ve gotten to invest in over the years to gather for a discipleship weekend. At this weekend there will be JD, a big Italian meathead who got married during the pandemic and I still see weekly at church. At this weekend will be John “Dragon,” an Air Force Special Forces Captain stationed in Las Vegas. At this weekend will be Zack, who works for the Charlotte Eagles soccer team and spent six years on YL staff in Nazareth, Israel. All of them were guys I met when they were freshmen. None of them officially led Young Life while they were in college, but all three are currently doing their best to follow Jesus! What a joy it’s been to see them become who they were meant to be!

Summer is flying by, so as we look ahead to the Fall, I hope to encourage you with a couple of things:

God wants to use each of you this fall to help students become who they were meant to be.  Let us have eyes to see.

Pete Hardesty is the Young Life College divisional coordinator for the Eastern Division. He currently lives in Washington DC and is a co-author of the best-selling book ADULTING 101. Pete loves college students and has visited over 50 college campuses. Read more at PeteHardesty.com.