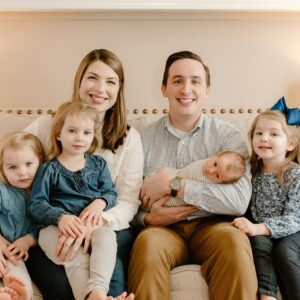 We gathered a few suggestions from our Alongside: Young Life Leaders Facebook group for socially distant games and compiled them here for you!

First, we played a few innings of Shaving Cream Wiffle Ball at an intramural field. Play it like a normal baseball game, but filled the Wiffle ball with shaving cream before each pitch.

Then we spread a few tarps out around home base, and asked kids to bring stuff from home to slug. We also brought extra stuff for kids who didn’t bring anything. Some brought eggs, apples, watermelon, zucchini, cucumbers, tomatoes, a gallon of milk. Then we just took turns smashing stuff. Everyone had a blast!

You can get a great glow in the dark set from Amazon here. This is great for WyldLife or high school or even on a college campus where non-young lifers can join in.

You could also play glow-in-the-dark volleyball if you have access to a sand volleyball court!

A designated player or leader will call out yoga poses, and then the rest of the group must get into the pose as quickly as possible or risk being eliminated. You can escalate, calling the poses out faster and faster.

Have kids form a huge circle outside. Everyone gets a loop of tape stuck to their back. The object is to steal the tape off everyone’s backs without getting it taken from yours. Students run inside the circle stealing tape from other players back, once yours gets removed, you’re out. Last person standing wins!

Song plays, everyone mixes, when music stops… Rock Paper Scissors (of any variation) and loser sits. The winner moves on to the next round.

They actually sell pool noodles, marketed as “SOCIALLY DISTANCED noodles,” on Amazon and other stores!

Kids break up into partners and one kid holds a cup on his/her head while the other one tries to throw poms into it from 6 feet away. You can buy 2000 poms for $7 here.

Thanks to everyone who contributed ideas in our Alongside: Young Life Leaders Facebook group! Not in the group yet? Join thousands of leaders in sharing ideas! If you have other ideas to add, comment in the group on the “Socially Distanced Games” thread that’s already started!

Alexis Howard lives in Greensboro, NC with her husband and four children. She joined the team in 2019 as Drew’s assistant and the blog’s Administrative Director. If you have any questions about contributing to the blog don’t hesitate to email her here.