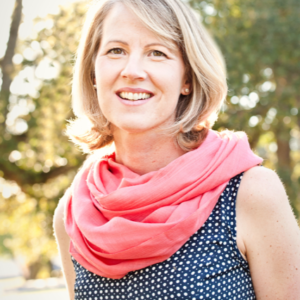 One of the greatest opportunities a Young Life leader has when ministering to Catholic kids is encouraging them to stick with their Catholic faith.

To put it another way, one mistake Protestant Young Life leaders can make is when they invite young Catholics to attend their Protestant or nondenominational churches.

It makes sense why this is tempting. Protestant leaders may not be familiar with the Catholic faith tradition. Leaders may believe their Protestant churches would be the very best place for their Catholic students to grow spiritually. And — let’s admit it — it’s just more convenient for leaders to take their students to the churches the leaders attend.

But there’s a better way. Watch the video below and read on.

In the testimony above, Bob Rice, a professor at a Catholic university, describes how his Protestant Young Life leader resisted the urge to pull Bob from his Catholic faith.

3 REASONS TO ENCOURAGE YOUR CATHOLIC STUDENTS TO GO TO CATHOLIC CHURCHES:

One of Young Life’s core values is that we are “ecumenical.” We collaborate with the vast variety of Protestant churches as well as the Catholic and Orthodox churches, and one of our greatest strengths as a mission is our willingness to look beyond our differences and minister hand-in-hand to lost and hurting kids. Our policy when ministering to kids who identify as Catholic is to “grow them where they are planted.”

2. BUILDING ON AN EXISTING FOUNDATION IS OFTEN EASIER AND LASTS LONGER.

Catholic students often already have a solid grounding in faith even if they cannot articulate it. They often have a supportive Catholic family and a deep understanding of faith from attending Mass and/or Catholic schools. Young Life can build on this foundation by providing new opportunities to encounter Jesus Christ. Young Life leaders encourage students to develop a “personal relationship” with Jesus — and for Catholic students, that’s often the missing piece. Pulling a student away from their Catholic foundation can be confusing for students, but building on the faith they already have can affirm and radically activate a student’s faith.

3. YOU’LL BE HELPING UNITE THE BODY OF CHRIST.

In John 17:21, Christ prayed that his believers would be one “so that the world may believe that you have sent me.” Encouraging Catholic students to stick with their faith builds community among believers. When Young Life helps Catholic kids grow in their faith, word spreads. Catholic parents join the Young Life committee or become donors. Catholic youth ministers start volunteering as Young Life leaders. And Catholic churches start opening their doors to host club meetings or Capernaum groups.

Sadly, the opposite approach has done some damage: Young Life is no longer welcome in some communities because Protestant leaders, with the best of intentions, encouraged kids to switch denominations, and it eroded trust.

When I first heard Bob’s story of how his Young Life leader encouraged him to keep exploring the Catholic faith, I wasn’t surprised. I’ve actually met several Catholic priests who have told me that it was their Young Life experience that fostered their faith and eventually led them to the priesthood! For decades, many Protestant Young Life leaders have been helping disconnected Catholics reconnect with the faith of their youth. But if directing Catholic kids back to the Catholic Church is new to you, read on for some helpful tips.

1. AFFIRM THE ROLE JESUS HAS ALREADY PLAYED IN THEIR LIVES.

When you invite Catholic kids into a deeper relationship with Jesus, remember that He has already been present in their family and their baptism, their religious formation, sacraments, and retreats. Just because students don’t use relational language to describe their faith, don’t assume there is no faith.

2. FOCUS ON THE GOSPEL MESSAGE.

Young Life focuses on helping kids build a relationship with Jesus, and we leave the denomination-specific doctrine and lifelong faith formation to the churches. It should give you confidence that the mission and methods of Young Life align with the teachings of the Catholic Church, and numerous Catholic clergy have endorsed Young Life. There is no need for you as a Young Life leader to debate with your students the different doctrines of the different Christian traditions. Stay in your lane.

Every student or adult testimony that begins with “I was raised Catholic, but became a Christian at a Young Life camp” sends a message that Catholics aren’t Christians. So be sure to use inclusive language when ministering to Catholic kids. When you have a Catholic student who has a meaningful experience through prayer, a Campaigner meeting, or a special moment at camp, call it what it is — an encounter with Christ, an experience that deepened their faith, a moment when their faith became personal. Refrain from saying they “became a Christian” or “got saved” in that moment.

There are 82 million Catholics in America, which is about 25% of us, and millions of kids who identify as Catholic are disconnected from the church. Odds are your club meetings, your Campaigner groups and your camp trips all include some Catholic kids. If you need additional assistance in ministering to Catholic kids, contact us at the Young Life Catholic Relations office.

Sherri Nee is the associate director of the Young Life Catholic Relations office. She talks with Catholic clergy and parish youth ministers about Young Life. She trains Protestant Young Life staff and volunteers on how best to minister to Catholic kids. She advocates for Young Life/Catholic Church collaboration in her home state of Oregon. And she loves bringing Catholic adult guests to camp each summer.