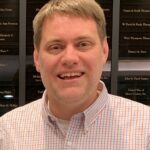 To start our year off we planned two clubs, one for Freshmen/Sophomores and one for Junior/Seniors. The purpose was to help gauge how many people would show up. Another goal was to put on a fun, yet COVID safe, club. We met outside at a church parking lot. For the Freshman/Sophomore club we did a round-robin corn hole tournament!

We planned to have 28 participants. With that number we would have 14 teams of 2 and two teams would be at each board. We would need a total of 7 sets of boards. We ended up having 24 participants and used 6 of the sets.

Everyone wore a mask and everyone had the same partner the entire time. We encouraged everyone to bring a partner and come up with a team uniform of some sort.

Our leaders came prepared with something they could use for a team outfit in case there is a kid who needed a partner. We just asked that they keep it simple.

Teams used the same set of beanbags for every game and were only allowed to touch their own bags. We asked that they did not help the other team pick their bags up.

Round 2: Speed round, points do not cancel out.

Round 3: “Dale Earnhardt round,” the first team to score three points knocks the other team out from scoring any points on that turn.

Round 4: Get three of the four bags in the hole and you automatically win the game.

Other options for theme rounds:

We also used sidewalk chalk to draw a circle 6 feet apart which were used as waiting areas for one teammate while the other one tossed.

After each round we had leaders dressed in ref outfits run down the line and give hand sanitizer to everyone.

We started a little late and ended up only playing 4 rounds. It would have taken us 1 hour to play all 5 rounds. After the final round we announced the prize winners.

We gave away 3 sets prizes:

After we announced winners one of our leaders gave a talk. It was a fun and safely social distanced night!

One pro-tip- if you have a “Play It Again Sports store” in your town, you can often get good bags there for cheaper than other places!

Greg Noble is married to his amazing wife Lucy and has two children. He is on staff in the North Carolina Region and serves as the Area Director for Young Life in the Sandhills. Although the Sandhills is a larger geographical area, he oversees ministry in Moore County, NC. Greg is in his 15th year on Young Life staff.