What To Do When You Lose Control 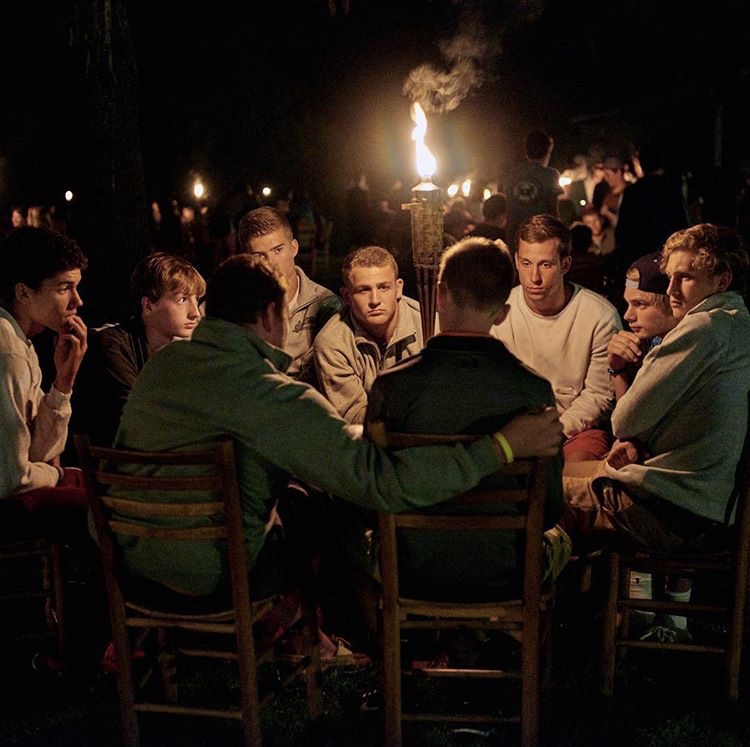 Have you ever felt like you lost control of a room?

It happens…at club, at Campaigners, and it might even
happen on your upcoming bus ride to camp. What do we do when kids get out of
hand? How do we respond when they go off the rails?

Sometimes it’s just something silly that might take them off
track at Campaigners. But sometimes it’s more serious…like making fun of
other kids, or distracting people during a Young Life talk, or just blatant
displays of disrespect.

How do you address a middle, high school or college friend
when this happens?

Below are four appeals you could make, but they all hinge on
your relationship with the student. No matter what happens, I try to remind
myself that if things aren’t going smoothly, going deeper relationally is my
best next step.

If there’s a problem with someone (let’s call him Steve) I’ve learned that my
best approach is to talk with him one on one at some point in the near future.
I’ll typically try to do it right before our next meeting because the
first time we meet should be fairly close to the first time they have to try
out what I’m suggesting. I’ll ask him if we can grab dinner or a shake before
our next campaigners.

It’s when we’re just hanging out that I’ll go to one of four
appeals.

The Appeal to Leadership.

If I see a leadership gifting in Steve (and only IF) I’ll
say, “Steve I really believe that you’ve been given a gift and that gift is
leadership.” The truth is that often the kids that are taking folks off track
have a real leadership gifting, but they’re misusing it. “Steve, I believe that
God gives each of us gifts and I think you’ve got a pretty great one in you.
I’ve seen how you can lead others and I’d love your help in leading
Campaigners/cabin time. Here’s what we have planned.”

I’ll then go over our next Campaigners. Worst case – Steve is now going to go
through Campaigners twice – with me one on one and later with the group. It’s a
win even if it doesn’t totally connect. I’ll tell Steve that I’m hoping to get
everyone involved and what I’m hoping people will walk away thinking about.
This lets him understand that there really is a thoughtful plan behind what
we’re doing and we’re not just sort of hanging out and talking a little about
the Bible. At some point I’ll ask, “How do you think we can get other people
involved?” or “What are some good questions that will help people discover
the deeper meaning behind this?” As Steve helps me plan Campaigners, he’s
getting invested in how it’s going to go and he’s naturally going to be more
aware of how he’s interacting in the group.

It might not 100% stick on the first try, but I’ve never
seen this hurt. Ideally, Steve asks if you can start meeting once a week to
think through how to make Campaigners better and you’ve got a new discipleship
relationship happening. You can take a relationship that’s hurting the group
dynamics and turn it into one of your strongest relationships.

The Appeal to Friendship

Sometimes I’ll meet with someone and I honestly won’t see a
natural or God-given leadership gifting in them. What I’ll do then is try to
appeal to our friendship. “Steve, I’ve been a leader for the past two years
and I’m really struggling with Campaigners right now. You’ve been around and
always seem willing to help me with stuff, so I was wondering if you could help
me out? I’m leading Campaigners later about X and thought maybe you could help
me think through how to put this together in a way that will connect with folks
and help us stay on topic.”

All you’re doing is asking a friend for some help, while also giving Steve two
looks at Campaigners and an insider’s view of what you go through when leading
a group. Why would Steve know how to lead a group? It’s unlikely that he’s ever
had to do it, so he wouldn’t naturally understand how annoying it is when
people you’re trying to lead go off track. You’re basically appealing to him as
a friend while also helping him to understand the point of why you are having
campaigners.

The Appeal to Decency

Maybe you don’t know Steve well enough to know if he has a
leadership gifting and you can’t really appeal to a friendship yet. That’s when
you can simply use this time to get to know him a little better and also appeal
to decency.

“Steve, I’d really like your help this week in a couple of areas. Do you
remember when Sarah finally shared something last week? Do you remember your
response?”

“Yeah, I made that joke that was hilarious.”

“How do you think Sarah felt about that? I grew up in a house where we kind of
joked around with each other, but not everyone has that same background. I’m
really hoping Sarah can come out of her shell and share more at Campaigners,
but I’m afraid she’s unlikely to if you’re always dominating the conversation
or you make fun of her if she shares.”

Honestly, this might be the first time Steve’s ever taken a second to consider
how others in the group might feel.

The Appeal to Authority

I can’t remember a time I’ve had to appeal to authority, at
least at Campaigners. Sometimes at camp, if there’s an issue that could involve
safety, I’ve had to pull out the big guns though. In a case where people are
continuously being harassed, belittled or you’ve met time and time again with
someone and they just don’t care…you’ll have to appeal to your authority. “Steve,
my great hope is that you’ll be a part of what we’re doing here, but I can’t
keep having this conversation with you. People are telling me that they don’t
want to come because of the things you’ve said/done and this time is too
important to me that let this go on. Let’s figure out how to make this right.
Ultimately I’m in charge of this time and if you can’t follow what we’re doing,
even if you disagree with what we’re saying, I can’t have you continue.”

Keep in mind, I’ve never gone to this one, but the only
answer to someone that continues to keep people away or make people feel unsafe
is your authority as the leader. If you’ve walked the steps of leadership,
friendship and/or decency and they have no plans to follow your leader and are
only there to cause a problem – you have to lead, even when it’s tough. You
have to have this tough conversation with them. 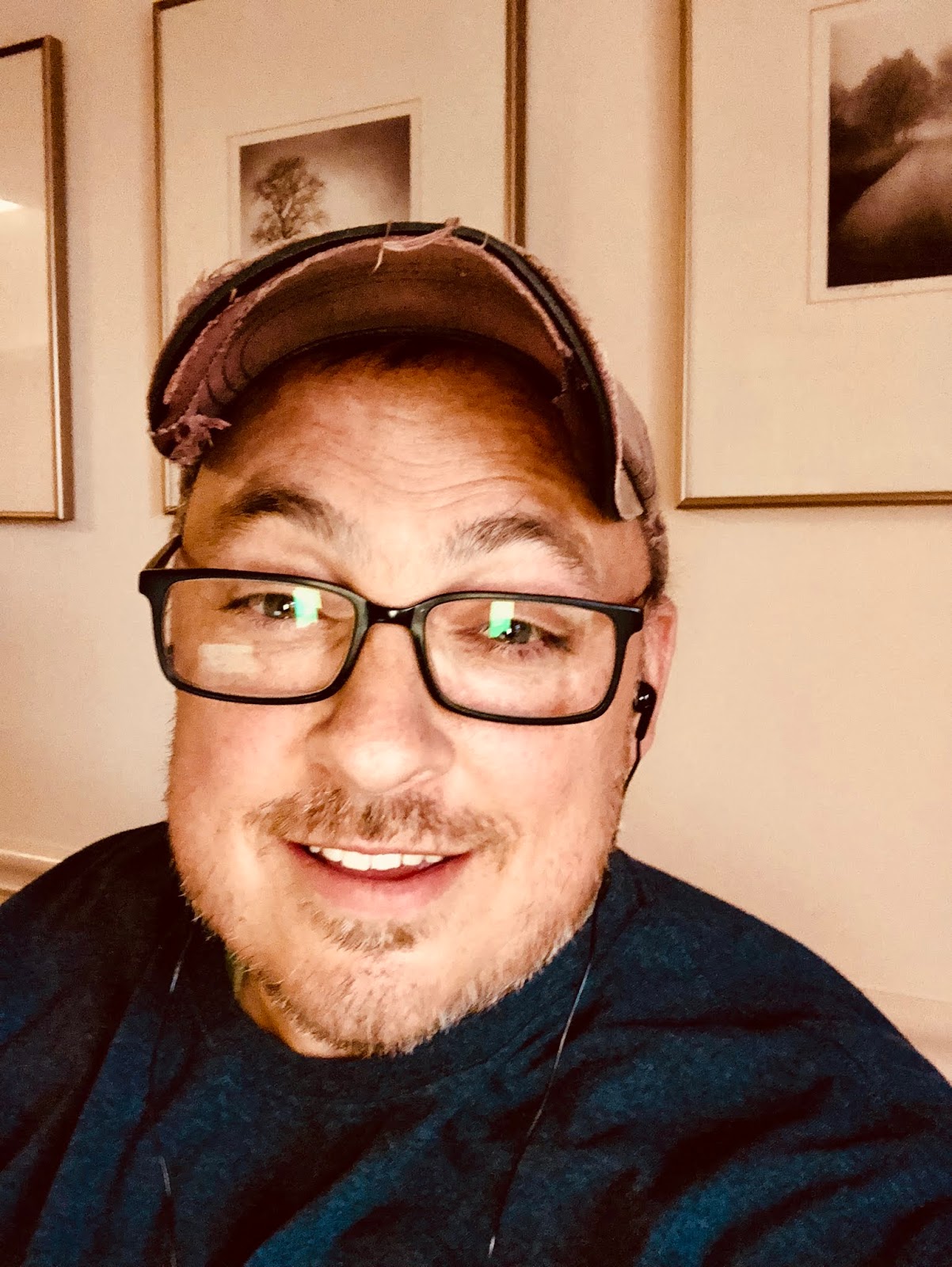 “Murph” is an
Area Director in Wayne County, Ohio. He went to the University of Cincinnati,
where he met the Lord, thanks to some volunteer Young Life leaders living in
the dorm! He partners in life and ministry with his beautiful wife Annie and
three incredible kids: Griffin, Cooper & Parker.