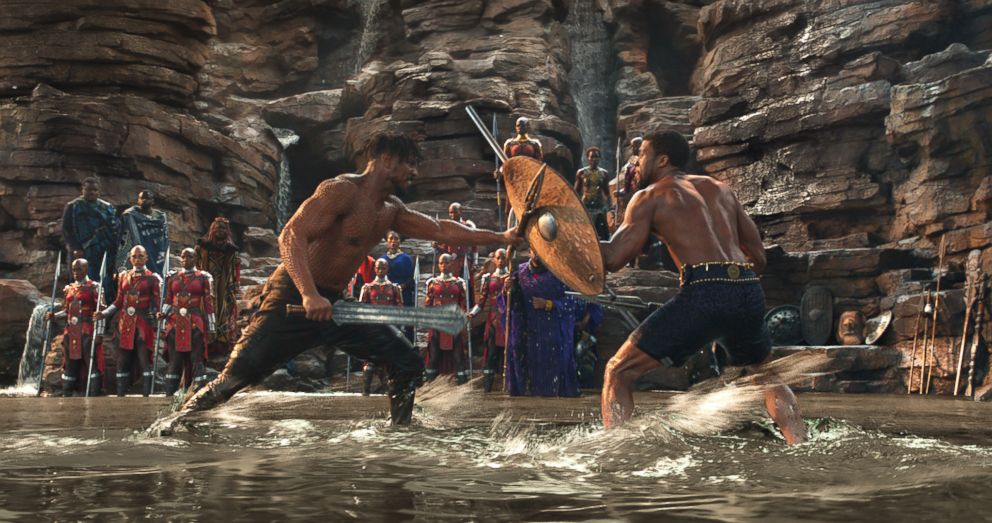 This past summer, during one of my camp talks, I used this fight scene from Black Panther as an illustration of sin.

I started by reading from the beginning of The Jesus Storybook Bible by Sally Lloyd-Jones. The pages are pictured here. 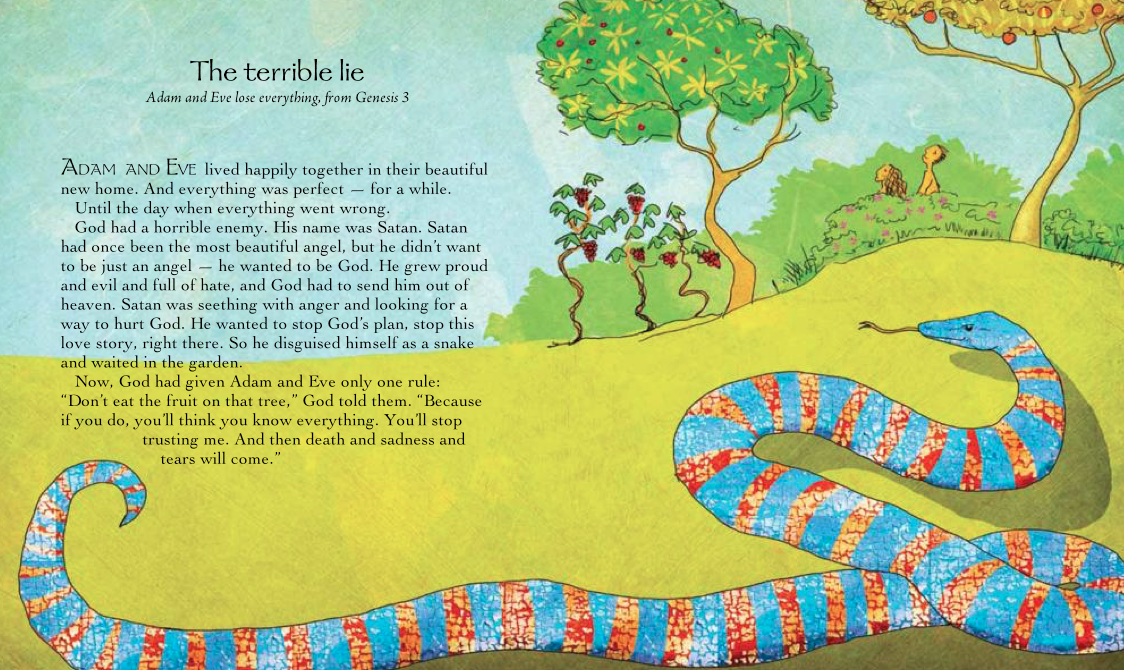 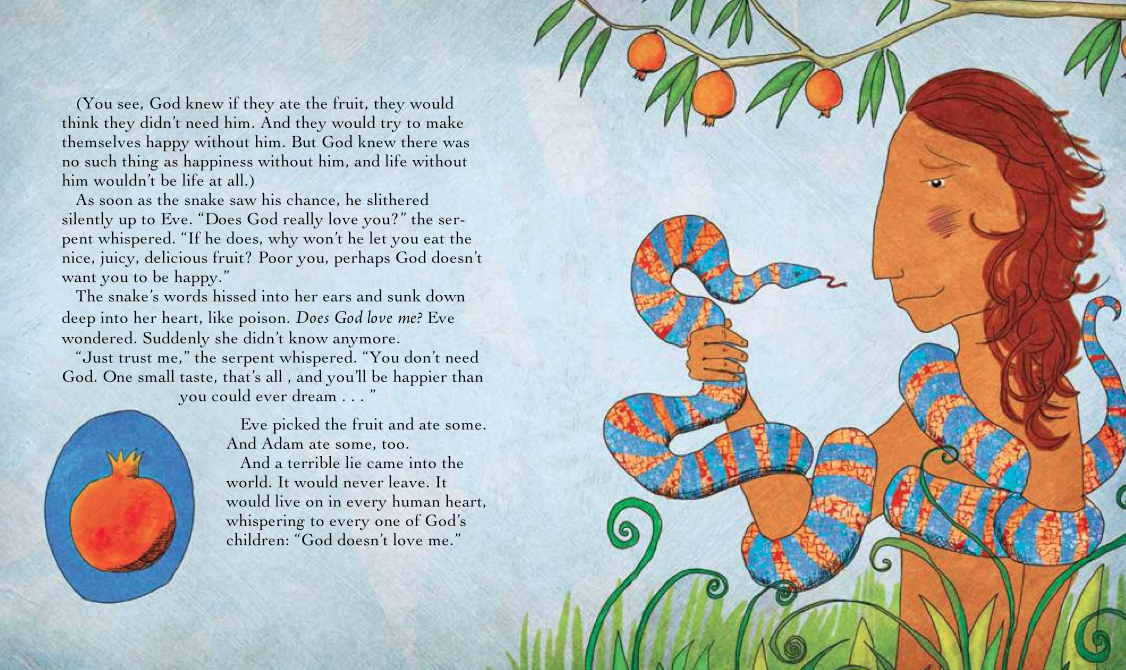 After I read the adapted version of Genesis 3, here’s what I said.

“This account of Adam and Eve and the serpent reminds me of a scene from a movie I saw earlier this spring.

In this particular movie, there was a good king of the land and he was incredibly kind and powerful and loved his people. But that king had a horrible enemy. And that enemy didn’t just want to be a citizen in the good king’s kingdom. The enemy wanted to be the King himself.

So he grew proud and evil and full of hate. And he was seething with anger, looking for a way to hurt the good king. Let me just show you what happened.”

And then I played the clip. You can download it here.

After the clip, I continued.

In “The Black Panther,” T’challa is the good king of Wakanda

But Killmonger wants to be the king, and there can’t be two kings. So they fight it out.

Killmonger said, “I lived my entire life, just waiting for this moment. I trained, I lied, I killed- just to get here. And all this death- just so I could kill you.”

Just so I could be the king.

That’s often our story, isn’t it?

We have a good king, but we often act like we don’t want him to be in charge.

If God isn’t the King of your life, who is?

The truth is- much of our life is spent wanting to be the king and acting like we’re the king. Wanting what we want, no matter the consequences, no matter who it hurts.

Even if it means killing the king.

But where has that way of thinking led us?

What happens to our world when we act like we’re in charge instead of God?

Our culture tells us that nothing should get in the way of our particular definition of happiness and pleasure. You should be able to do whatever you want with your body, it’s your body after all.You should be the king of yourself!

But it seems like when we try to be in charge and have it our way, things just fall apart.”

And the talk continued.

Feel free to borrow this illustration if it helps you communicate the power of sin to your middle, high school, and college friends. –Drew

*It’s a pretty intense movie clip, so I’d recommend not using it with WyldLife.