About a month ago a high school student here in North Carolina became a legend in 31 seconds. Mike Senatore, from Ardrey Kell High School in Charlotte, flipped a water bottle during his school talent show and it landed upright. His buddy Scottie Finanger tweeted out this video and the rest is history.

If you’re doing club this summer or all-city Campaigners or program at summer camp, it’s a fun idea to rip off while it’s still hot. Viral videos of people flipping water bottles are popping up everywhere.

If you’re going to use it in program or at club, I would set it up exactly the same way that Mike did, with similar moves, a long pause before the toss, and using the same music (300 Violin Orchestra.) For the music, start at the 2:35 mark so you have a 20-second build up before the end of the song.

You can also find it on Spotify.

It’s a great chance to make a kid a hero. Give them a water bottle and a table and let them practice for 15 minutes before club starts and then let them shine.

If they fail and the bottle falls, have a plan in place. You can have a slide ready that pops up and said “HE WAS FOULED! GIVE HIM ANOTHER SHOT!” or something funny that doesn’t make him/her feel bad. 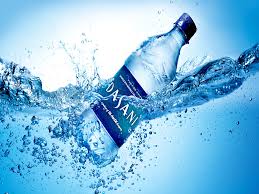 Another option, instead of using it as a skit, you could create a game out of it and crown a Flip Champ. Create a bracket where folks compete 1 vs 1 to see who can land the most out of 5 attempts. Winners advance to the finals where it’s a flip-off, first one to miss loses. Winner takes home a 24 pack of ice-cold Dasani.

Finally, you can also use the idea for contact work. If you’re going to hang out with kids, bring along some half filled water bottles and keep track of how many flips land upright. Each kid gets 100 shots during the time you’re hanging out. Whoever lands the most out of 100 gets a milkshake at the end of the day.

If you have any other ideas of how to use the bottle flip craze in club, holla at me. -Drew