Next Wednesday, Feb. 10th, is Ash Wednesday, the beginning of Lent. I didn’t start practicing Lent until college when our Regional Director taught on the spiritual practice at a YL leadership meeting. With each year, this Lenten season grows more personally significant and is consistently a time of deeper intimacy with the Lord.

The term ‘Lent’ comes from the English word Lenten (lengthen), referring to the season of the lengthening of the days, the spring. Ash Wednesday, the first day in the Lenten season, traditionally has been a day of repentance.

Ben Witherington writes “The remorse for sin is symbolized by the imposition of ashes (on the forehead), but in that imposition is the sign of hope, for the ashes are imposed in the sign of the cross—the means by which our sins were atoned for.”

In our Campaigners group we have been preparing for the season Lent. Understanding a relationship with a God they can’t see or touch often feels intangible to a high schooler. Yet, it seems the concept of Lent is something they can wrap their minds around, something they can actually do.

At Campaigners we discussed the concept of Lent through the metaphor of athletic training, one quite familiar to most the guys. In order for an athlete to excel, they must prepare. When you watch an Olympian break a record, you know they didn’t just walk out there and get lucky. Their performance happened because of years of repetitive behavior.

Lent also involves preparation, prepping our hearts to grasp the power of the cross (Good Friday) and the hope of empty tomb (Easter). One way we can prepare is the same way athletes prepare, with repetitive behavior. We can set our mind to do almost anything for 40 days.

Suggestions I Gave To My Campaigners Group

A Nightly Time Of Written Confession

Create a ‘locked’ document on your laptops or phones, or in a hidden journal. Three sections of specific confession each night, “Thoughts,” “Words,” and “Deeds.” (based on the Book of Common Prayer general confession)

Give Up A Bad Habit

Giving Up A Comfort

Some guys are giving up things that aren’t necessarily “bad,” but things they consistently run to for pleasure instead of God. Ex: desserts, fast-food, soda, Netflix, iPhone games, video games, Twitter, hitting the snooze button, etc.. I also saw that someone was only wearing 1 pair of shoes for all of lent in order to remember how wealthy they are and how a majority of the world doesn’t have ‘shoe options.’

Taking On A New Habit Replacing An Old One

Instead of playing iPhone games or reading Twitter before bed, reading a chapter of the Bible on the YouVersion app on their phone. Memorizing a verse of scripture each week. Calling people instead of texting them.

Not at all, but it is still important to modify behavior because behavior often influences belief. By choosing to purposefully give up a comfort or habit of pleasure, we take our eyes off of ourselves, our needs and our wants. Before we can fix our eyes on Jesus, we must stop being so preoccupied with the idol of our own flesh.

“Lent…is an intentional season…where we’re challenged to arrange our lives in such a way as to be daily frustrated. As people addicted to comfort and convenience, we’re often unaware of how we live to feel good about ourselves, to gain a bit of affirmation, to exert influence, to maximize our own pleasure, to satisfy our immediate needs. Lent invites us to intentionally frustrate ourselves, to engage in a season of deprivation, which actually makes us more aware of the depth of our dependence on any number of things – a substance, our reputation, control, achievement, being right, being comfortable, being secure….Lent is not about going off chocolate or caffeine or alcohol. It’s about frustrating what Thomas Merton calls our ‘false self’….Lent strips us of everything that is not us. In that sense, Lent is not a chore. It is an opportunity for profound grace by a God who longs to love us at our core, not in our false projected self which desire influence and accolades, but in our truest, most humble and dependent self, once lost but now found in the wilderness of Lent.“ Read the full post from Dr. DeGroat’s here. 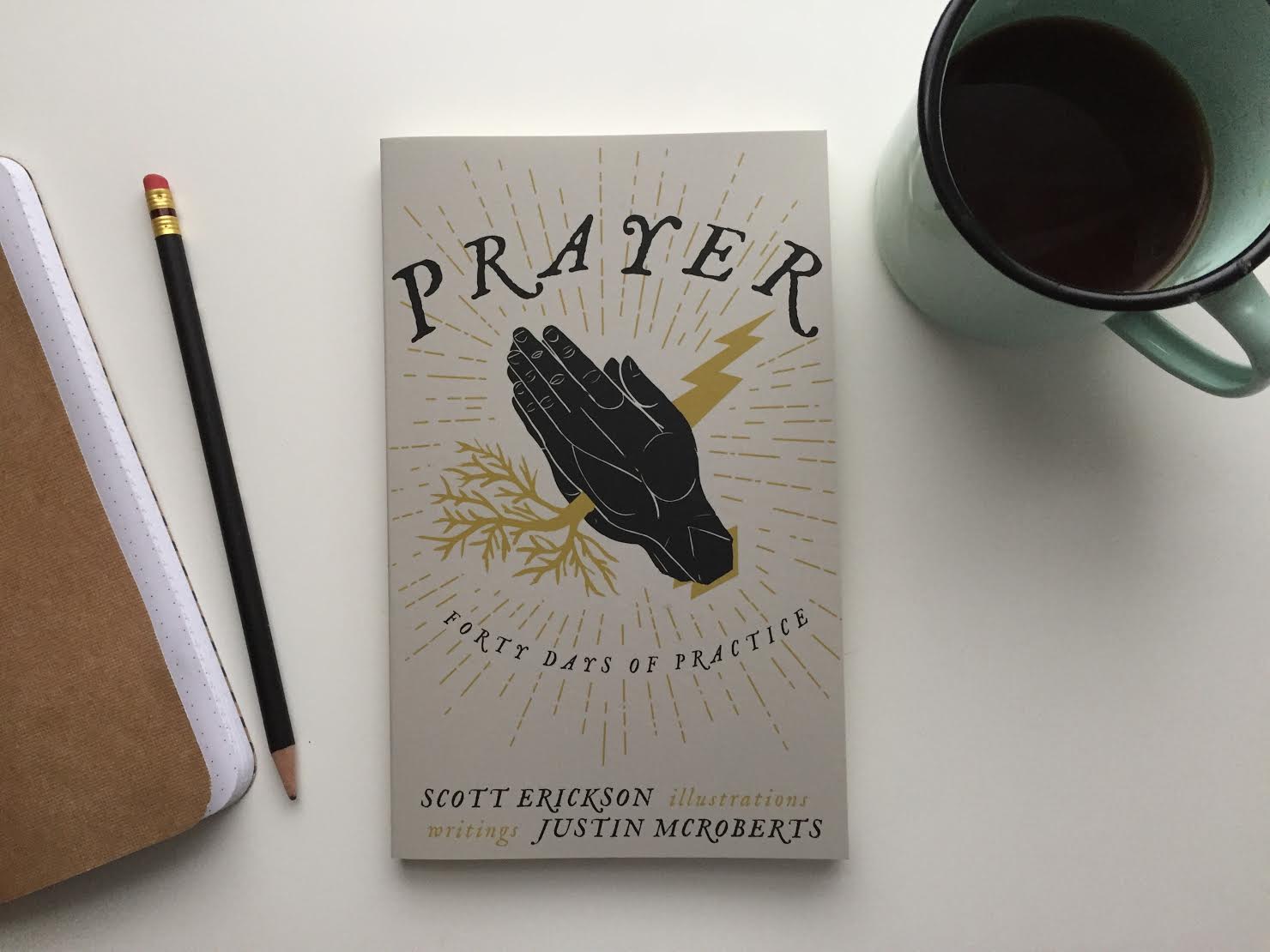 Justin wrote a series of discipleship posts in the fall. In his brand new book he has partnered with visual artist Scott Erickson to combine fresh language and imagery for the practice of prayer. They wrote and designed the book to be a resource for people who want to reimagine and strengthen their spiritual practice.

Ty Saltzgiver’s “40 Days of Lent”
Many of you have read Ty’s book, “My First 30 Quiet Times.” “40 Days of Lent” is the same small size that fits in many Bibles, easy to read in the daily format, and a helpful tool to hand to your Campaigners group. You can get it here for only $1.99 in hard copy or as an e-book.

Henri Nouwen’s “Show Me The Way”
Henri Nouwen is one of my favorite authors. You could really pick up any of his books to help prepare you for Easter during the Lenten season, but “Show Me The Way” is specifically designed for that purpose. If you haven’t read Nouwen yet, be prepared to encounter Jesus in a fresh way.