10 Ways High Schoolers Can Be Producers Rather Than Consumers

One night last semester, right after club, our newest leader asked me how it compared with a typical club. “Was it better than normal, average, or not quite as good?”

I turned to one of my high school friends and asked, “What do you think?” His response surprised me, in a good way.

“I think it was my favorite club ever, but probably because I got to help lead it and be involved in pulling it off instead of just sitting in the crowd. Last year I never realized how much work went into making club happen, but now that I’m helping run sound and slides, its cool to see behind the scenes.”

I’m terrible at delegation. I’m a procrastinator. And I typically would rather just do something myself than ask for help. That combination doesn’t make it easy to include my high school friends in helping lead club…BUT I’M LEARNING THAT IT’S WORTH IT!

Brian Summerall says it this way:

“Why do seniors stop coming to club? Because they are tired of sitting there. We have made them consumers of a product rather than producers of change. I would argue that even seniors that do not know Christ long to be a part of something significant… it’s what they were made for. What they do not know yet is that as they engage in the process, they will meet Jesus along the way.”

10 WAYS HIGH SCHOOLERS CAN BE PRODUCERS 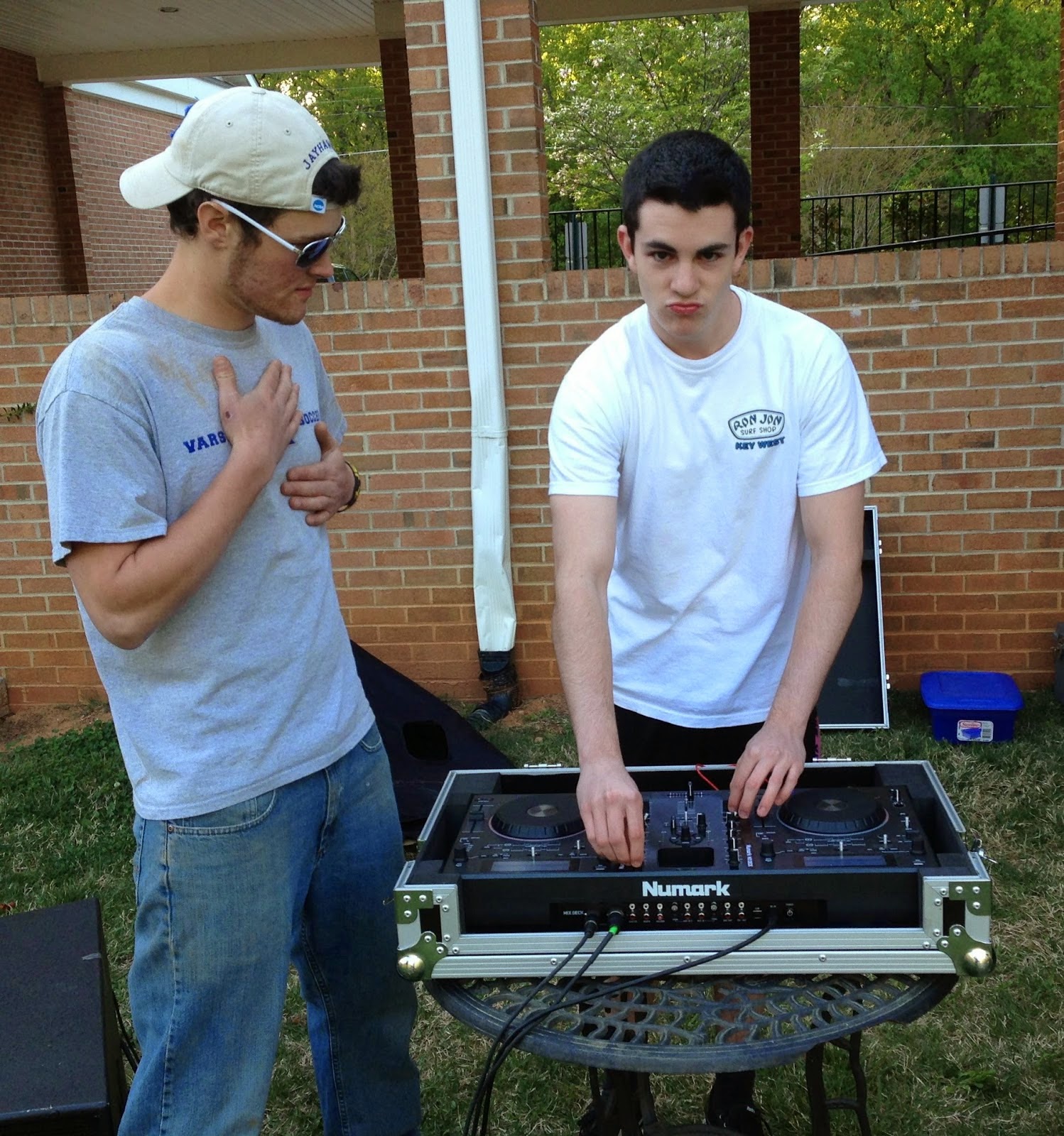 Last year one of my high school friends invested in some speakers & turntables so he could start DJ-ing parties/weddings. The beautiful thing was he was excited about using it for club as well!  We always have a pre-club hangout with enos, cornhole, spikeball, etc… Having my buddy Tyler DJ made it feel like a legit party. Plant the seed in some parents’ & highschoolers’ minds. Who knows? Maybe someone will make an investment.

Find kids who own nice cameras and love taking pictures. If you can’t find anyone, go to the high school yearbook class and ask for volunteers. Ask them to shoot pics before and during club, instructing them to not be distracting, especially by taking pics during the talk. Get them to post the pics online (that same night if possible) and tag their friends. You can also ask them to make a slide show of the best pics and have that running as kids enter club to music each week.

Find a teenager who would be willing to shoot some footage during club each week. Even an iPhone works pretty good. With current video editing software, its fairly easy to edit that footage down to 1-2 minutes, so each week at club, you show quick highlights from the previous week. At semester’s end, add those together to have a 10 minute semester in review. Who doesn’t love seeing their mug on the big screen?

One of my high school friends spent HOURS creating & editing a few videos for our first club. He made an incredible 2 minute video that we’ll play every other week. It runs through our basic announcements that don’t change from week to week. (Subscribe to the Text Message Group, Follow on Insta/Twitter, Fall camp dates, etc). He also created a video of highlights from last year that helped all the first timers get a good picture of what a year of club might look like. The kids LOVED it!

The YL Club Band
It takes way less time to just do music yourself. But….we had just two band practices in the two weeks prior to first club and over ten kids came to each one. It was fun hang out time and they got to be on stage at club. You think they invited their friends to come hear them play music? You betcha. You think we had new kids come up to us after first club asking if they could be in the band. Yeppers. Here are some other ideas on starting a club band. 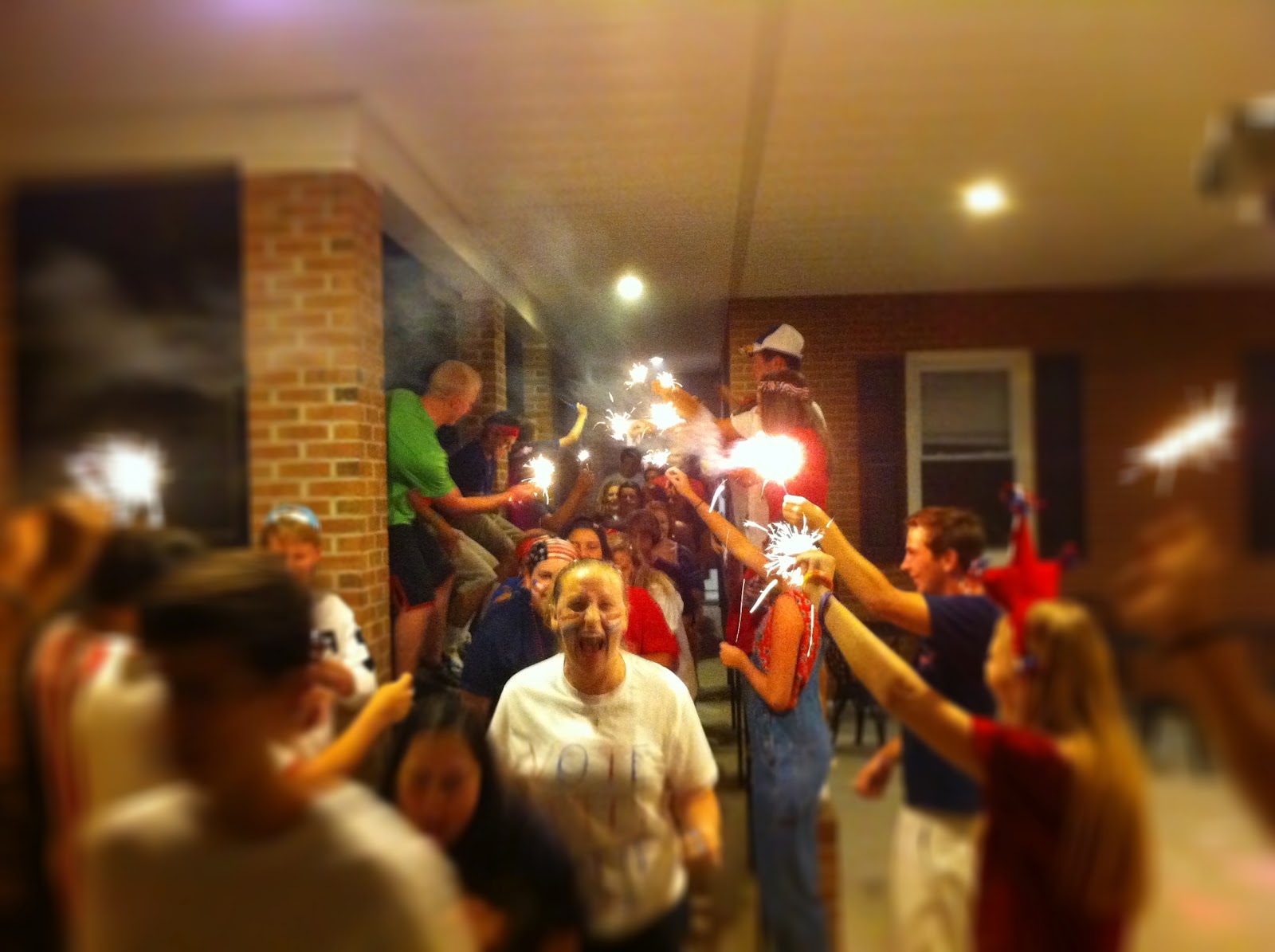 You loved being on safety patrol in 4th grade. Invest in 2 orange vests and assign 2 upperclassmen guys to be ‘Traffic Flow Bros’ and direct parking each week. Parents will appreciate having clarity on where to drop off kids and the neighbors will be happy no one parked in their grass. Make sure to teach the Traffic-Flow-Bros how to speak to parents when they roll down the window and ask ‘what time is pickup.’

7 Socially Distant Games for Your Next Club 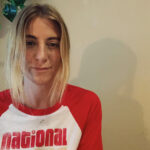