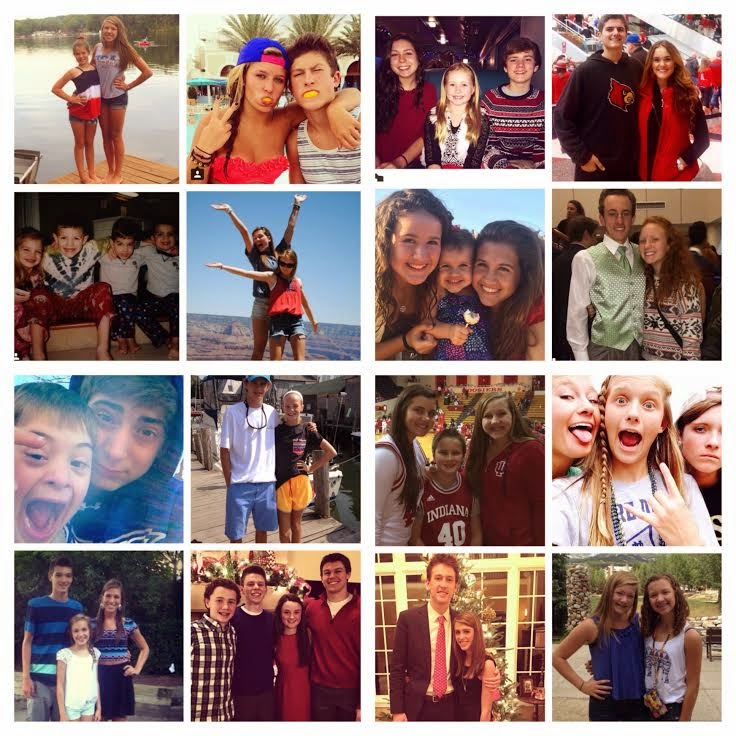 This guest post was shared with us by Sarah Wright, YL leader at Hamilton Southeastern High School in Fishers, IN.

The idea behind Sibling club is to get high school kids to bring younger siblings that haven’t been to a YL event before AND to get some of our WyldLife kids to convince their older siblings to come to a YL event if they haven’t been before. When we decided to do Sibling Club, both of those things happened as well as some of our WyldLife kids getting other high school kids they knew to bring them if they didn’t have a sibling.

We advertised the event by posting Instagram collages of siblings that are part of our YL group. I just found pictures from their own Instagram posts and then tagged all of the kids. We posted a few of these leading up to Club.

We tried to get pictures of every set of siblings that showed up. These pictures can be helpful for leaders trying to place names and faces and connections of all of these kids. 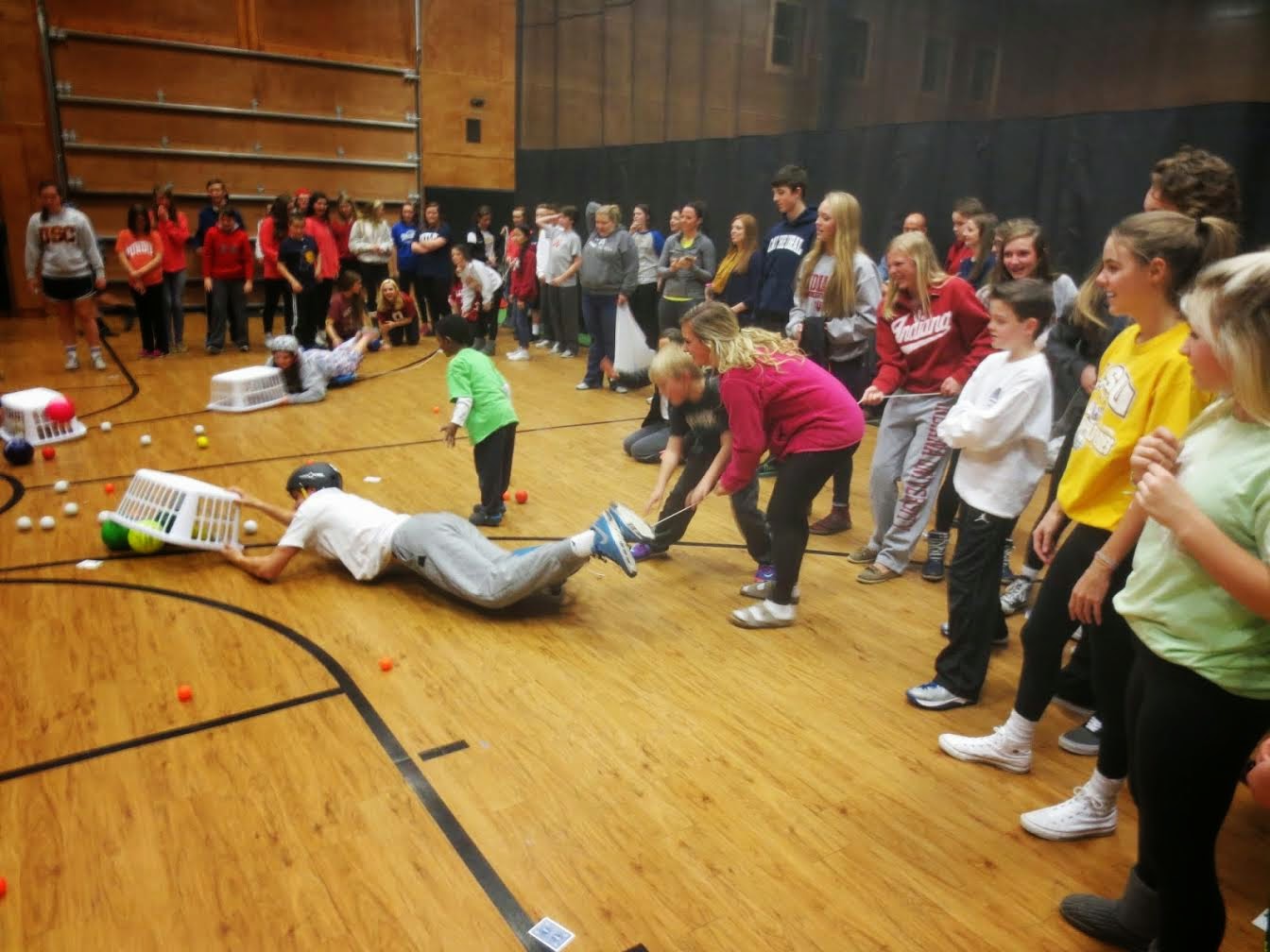 Four teams had a representative that laid down on two scooters, wore a bike helmet and held a laundry hamper out front. Their team pushed them to the middle of the gym to retrieve balls by trapping them under the hamper. The team pulled their Human Hippo back using the rope.

For more information on how to run this game, click here. 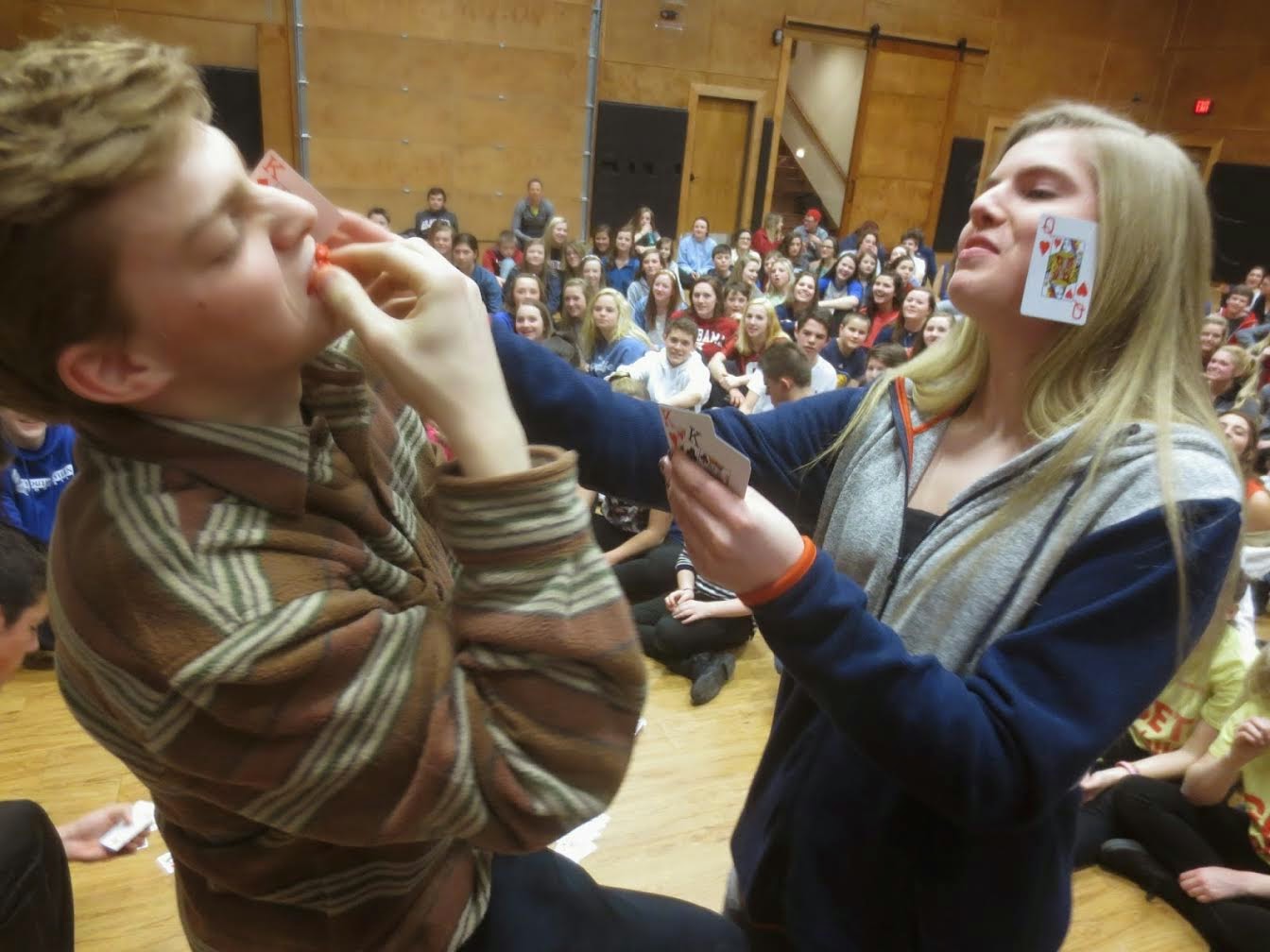 Pairs of siblings came up front and were each given a few pieces of gum to start chewing and a deck of cards. They then had to find four queens to stick on one sibling’s face and four kings to stick on the other sibling’s face using the chewed up gum as adhesive. 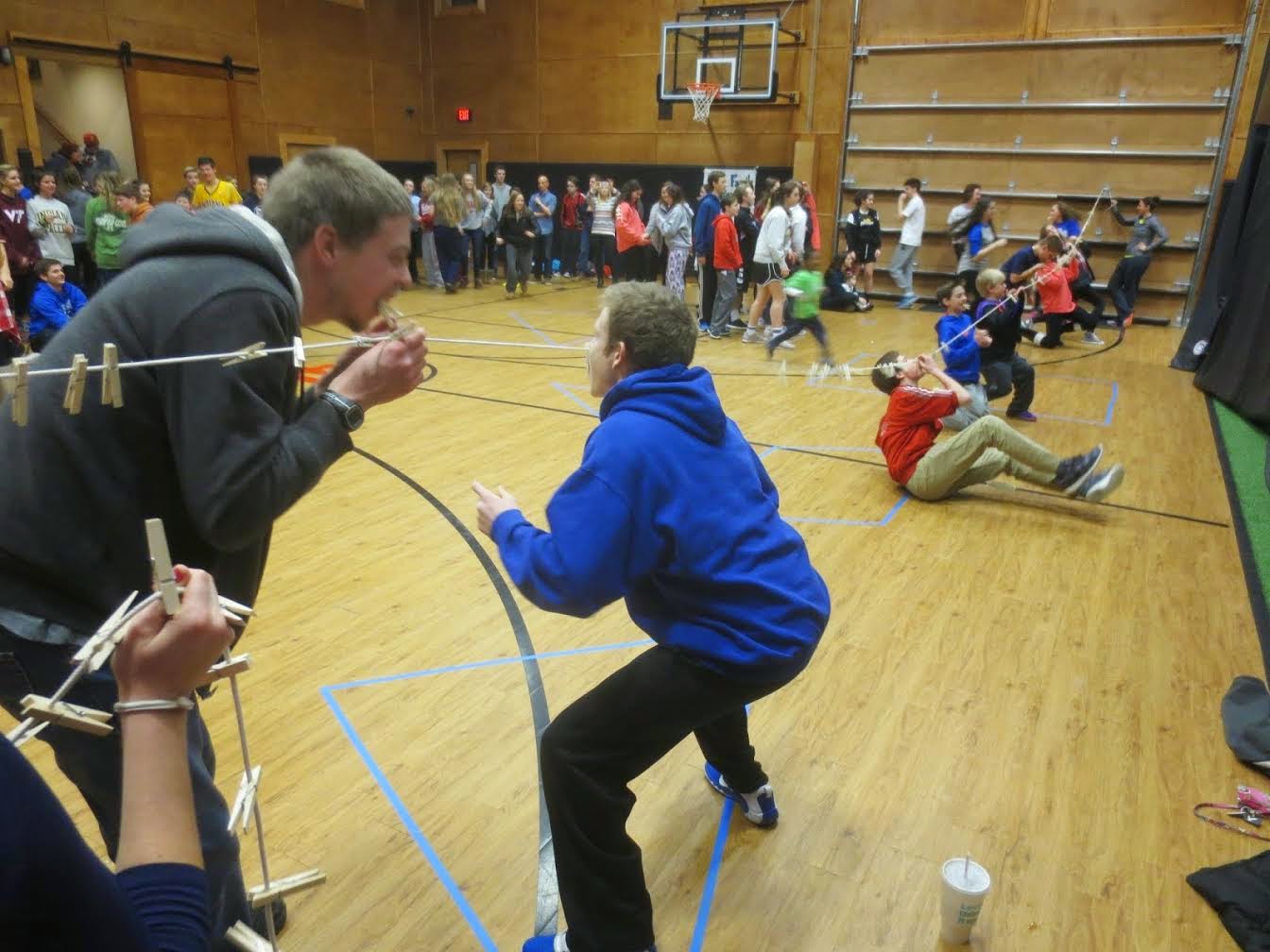 Kids were split up into four teams (Seniors + siblings, Juniors +siblings, Sophomores + siblings, Freshmen + siblings). Three representatives at a time were sent to the clothesline being held up across the gym. They had to bite off a clothespin from the line and then take it back to their team captain. The team with the most clothespins won.

We made giant shapes on the floor ahead of time with painters tape. While music played everyone scrambled around but when the music stopped they had to find a shape to squeeze inside. If you don’t find a shape fast enough, you’re out. Each round a couple leaders pulled up tape so there were fewer and fewer shapes.

We sang songs that referenced family or siblings and two leaders gave an awesome club talk about their families and the story of the Prodigal Son.

For more pictures and videos of how this club works, click this link here. 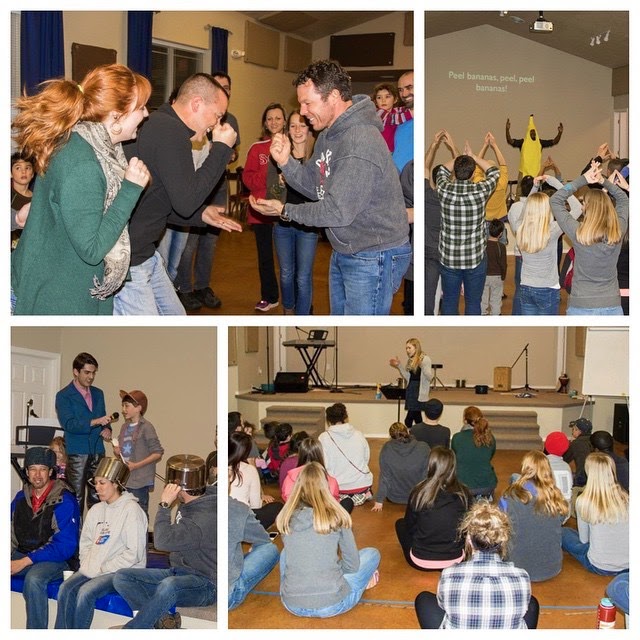 Another option instead of Sibling club, is Family Club! Thank you to Northern Weld County for sharing this club idea.

If you’re a high school leader, make sure to schedule a club near the end of the semester where you invite 8th graders. It’s a great way to get them excited for next year.