Stoplight Club: How Wearing A Green Shirt Can Open A Heart 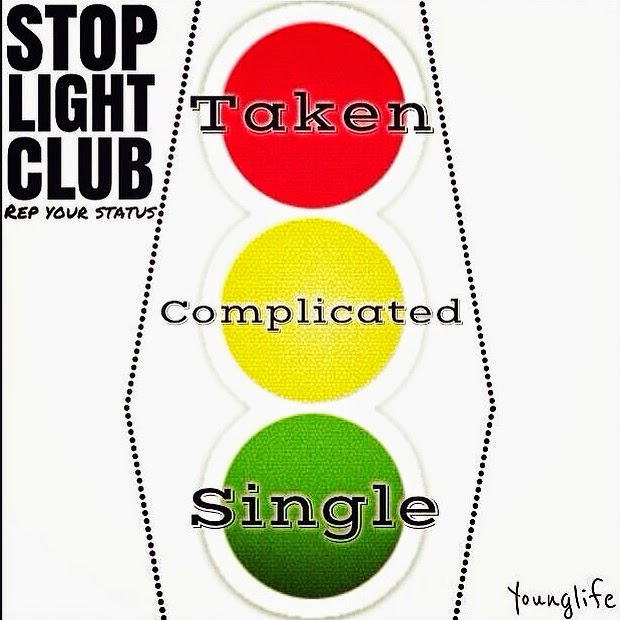 ***After talking with quite a few friends about this, I’ve landed on Stoplight Club not being the wisest choice for us to do in club. You can still use some of the ideas below for a type of ‘Love Club’ but my final recommendation is to not do this club.***

I posted this ‘Stoplight Club’ graphic on Twitter/Instagram this week and have received mixed feedback about the idea. Some leaders think it’s hilarious. Other leaders don’t believe it’s such a wise idea. I resonate with both sides and wanted to share a few thoughts.

First off, all the opinions on this blog are my own and not the ‘official stance of Young Life.’ I’m just a leader in NC trying, like you, to do whatever it takes to bring kids face to face with Jesus. I know not everyone agrees with me and am so thankful when folks speak up. I got a great message yesterday from a friend who is a leader in another area. It simply said: “Hey Drew, I’m bothered about your tweet about Stoplight Club. I wonder how kids would feel and what message it sends. Thoughts?”

I love getting feedback like that. She did it right. She approached me directly and voiced her concern. Now we can have a conversation and sharpen one another. I’ve been wrong many, many times and am thankful for friends who offer wise counsel and correction.

After that message I called another leader friend and asked his opinion. He said “Honestly bro, if that club would’ve happened when I was in high school, no way I would have gone. I was way too insecure.” I respect him and that statement alone gave me pause as to whether it was a good idea or not.

My wife, who’s the wisest person I know, said “If it has the potential to make kids not want to come, why not choose to do another theme? There are plenty of other fun ones.” I told you she was wise.

Even though these three trusted folks are telling me not to do Stoplight Club, there’s still something in me that really wants to try it. Maybe it’s my sinful pride and rebellious spirit, but being as impartial as possible, I honestly think it’s just my desire to reach the farthest out kid.

Inviting a kid to ‘Love Club’ just doesn’t have quite the same appeal as ‘Stoplight Club.’ I feel confident walking up to the hardest to reach kid at the high school and inviting him to club. “Hey Brendan, make sure you wear green on Monday night. We’re having Stoplight Club. Everyone in a relationship wears RED, If ‘it’s complicated, wear YELLOW’ and if you’re single and ready to mingle, wear GREEN.” It’s funny. It’s a conversation starter. And it’s a way to invite kids into a conversation about relationships.

I know it seems like we’re promoting high school dating.

For the record, I abhor high school dating. A mom told me today about her 8th grade daughter who has already become sexually active. It breaks my heart, especially because I have two daughters of my own. In 16 years as a YL leader I’ve seen about ZERO healthy high school dating relationships. Maybe one or two, but it’s rare.

I don’t think us having Stoplight Club is going to be the reason for anyone beginning a high school dating relationship. I think us having the event opens the door for us to discuss sex and dating with our pubescent friends. If not from us, where else will they hear an alternative to the way the world defines dating?

So say you do have Stoplight Club….

You play silly dating games. Antonio Amore is your host. You do the M&M couch skit, you sing love songs, and then you have a captive audience to listen to a Young Life leader speak truth.

“Maybe some of you didn’t even want to come tonight because wearing green makes you feel even lonelier than usual. We as your YL leaders know how you feel, 5 of the 6 of us are wearing green too. But seriously, even if you’re wearing yellow or red, we all know LONELY way too well.”

Then you quote the David Wilcox song, “That’s What The Lonely Is For.“

Some room is empty in me

and that room is there by design

If I feel hollow,

That’s what the lonely is for

You ask the question, “Why do we feel lonely all the time? Even if we have a boyfriend or girlfriend, it still doesn’t fill the void.”

Then you open God’s Word and point to the One who we were created to be in relationship with. The One who knows us completely, even when we’re at our ugliest, and yet still loves us. Not because we are beautiful, but in order to make us beautiful.

What we really desire isn’t for someone to ask us to Homecoming…or to cuddle with us on a Friday night. What we really want is INTIMACY…to be completely known and yet completely loved, without any fear of being abandoned. Only Jesus offers us that.

You give a need talk from John 4 and speak of the woman at the well.

We play silly games and sing silly songs to open a kid’s heart to the Gospel. I wonder how wearing a green shirt might open their heart as well? What if they came to club actually ‘looking for someone’ and left club having found Someone way better than who they thought they were looking for?


That week in Campaigners we follow up on the club talk.

We teach them that ‘purity paves the way to intimacy’ (Andy Stanley) and that ‘they don’t make condoms for your heart.’

We let the ladies know that you don’t have to shop at Victoria Secret to be a desired woman. (Proverbs 31)

We begin to teach kids how following Jesus daily applies to their love life.

I know you don’t have to do ‘Stoplight Club’ to be able to speak into kids’ lives on this subject. I know doing it is a risk. I can’t stand the thought of an insecure teenager not feeling welcomed at club that night.  Before you decide if you should do Stoplight Club or not, make sure you do three things: Seek the Lord, talk to your Area Director, & be on the same page with your team.

I’d love to hear any feedback you have. Feel free to comment below, or email me here. Peace. -Drew Hill