Elf On The Shelf Theology 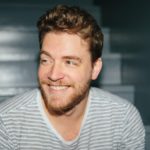 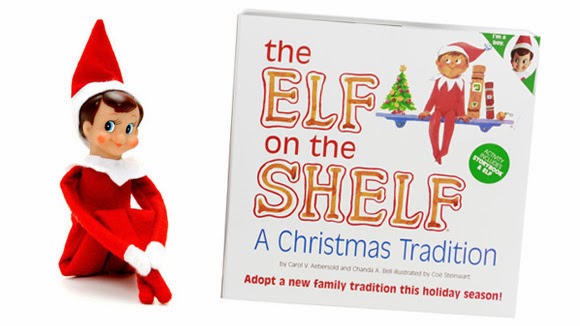 At our Christmas Club last week I had the privilege of
giving the final talk of the semester. During most of my talk I held up this
creepy looking Elf doll.

When I asked who had an ‘Elf on the Shelf’ in their house,
over half the room raised their hands. If you’re not familiar with this
interesting little fad, The ‘Elf on the Shelf’ is a Christmas doll that parents
use to coax their kids into behaving properly through the holidays. Parents
will place the elf in different parts of the house where he can keep an eye on
all that goes on in the house, even when the parents aren’t watching. Parents
generally tell their kids to be on their best behavior because “the elf is
watching you.” Creepy, huh?

As the story goes, the Elf on the Shelf is a family’s
“personal elf” sent by Santa himself to keep an eye on the family’s behavior
during the holiday season. Each night from Thanksgiving to Christmas, the elf
will report back to Santa with either a good or a bad progress report. This
determines whether you make it onto the “naughty” or the “nice” list.

So, the moral of the story is this: Don’t screw up in front
of the elf, or no presents for you.

It’s a funny tradition, but sadly falls right in line with
the lie so many of our high school friends believe about God. It makes sense
that we’d throw God in the same box as all our other relationships. If we don’t
perform well on the playing field, we can kiss playing time goodbye. If we get
caught cheating in the classroom, we get a bad grade. If we show up late to work,
we get fired. If we disobey our parents, we get punished.

It’s how the world works. If you get caught messing up, you
don’t get rewarded. You get coals in your stocking.

It’s how many of our high school friends view God. If I
behave, if I go to church, if I only go to second base with my girlfriend, if I
don’t cuss as much as the other guys on my team, then I’ll be all good. God
will accept me, because at least I’m better than ‘that guy.’

In all my years of youth ministry, this “Elf on the Shelf”
theology is the most common lie I hear kids believing. If I can perform well
enough and behave properly, then I’ll be able to earn God’s favor. It’s a
recipe for sadness. It’s a recipe for failure.

Our God is the opposite of the Elf on the Shelf. Jesus isn’t
waiting for us to screw up so he can condemn us. It’s when we fail that He
seems to even love us more. John 3:17, “For God did not send his Son into the
world to condemn the world, but to save the world through him.”

My 18 month old son got a bad cold last week. He was
pitiful. I should’ve stayed away from him because I had a busy week and
couldn’t afford to catch his sickness. But I couldn’t stay away from him. He’s
my boy. When he was sick and snotty, that’s when he needed me most. Did I hold
him close and catch his sickness? Of course I did. He’s my son.

On the cross Jesus took on our sickness, our sin, and in
exchange, He gave us a love we did not deserve. God doesn’t sit on a shelf and
watch us with condemning eyes, waiting for us to sin.  He watches us with the loving eyes of a
perfect Heavenly Father. And when we do sin, when we’re at our very worst, He
enters in, holds us, and reminds us of the cross.

It’s a love unlike anything the world offers.

It’s a love that says, “When you deserved nothing more than
a coal in your stocking, I overflowed your life with forgiveness and grace.”

It’s a love not dependent upon our good works, but upon His
work on the cross.

Where else can you find a love like that?


This post was co-authored by Tim Branch & Drew Hill.

Tim Branch is a blogger with 7 years of experience doing ministry with high
schoolers. He’s the author of “Am I Really Cut Out for Young Life?”, a 27-page ebook that helps introverted leaders find their ministry gifts. You can get that book for free right here. He’s also a 5 on the Enneagram, which means he thinks too much and probably doesn’t take enough showers.