Camp Reunion Club: What Worked Well & What We Learned 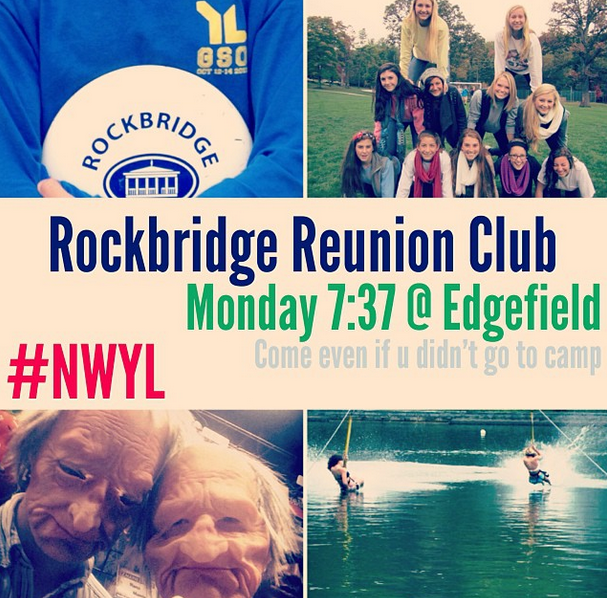 Last weekend we went to fall camp at Rockbridge in Virginia. The day after camp, instead of having club, we all just gathered at a local restaurant to hang out. It felt like too much to pull off an actual club just 24 hours after returning home.

This Monday, eight days after camp, we had ‘Rockbridge Reunion Club.’ It was one of my favorite clubs ever. Below are a few things that worked well and a some things I wish we’d done differently.

In all our tweets, instas, & texts we made sure to let folks know that everyone was invited, even if they couldn’t come to camp. Calling it ‘Camp Reunion Club’ could communicate that only folks who went to camp are invited, so make sure others know they’re welcomed too. We had a lot of kids come who couldn’t come to camp and afterwards I kept hearing, “I’m for sure going next year.’

While at camp, our leaders worked together to capture great pics and videos. I love to get footage of kids rushing into the club room or dining hall because when you make it double-speed it creates a fun opening for the camp video. Make sure to shoot all video clips in landscape mode instead of portrait.

I wish I would’ve planned ahead and asked kids to help edit the video, but I didn’t, so I was stuck doing it on Monday morning. I’m not great at editing, so it took me longer than I expected and could’ve been a great Sunday afternoon contact work opportunity.

Video length is key. Try and keep it between 4-8 minutes. Long enough to show every kids face, but short enough to keep them wanting more. Use background songs you sang at camp.

We showed the video at club, tweeted it out afterwards, posted it on our club blog, and will use it next fall to promote fall camp.

Rockbridge 2013 from Drew Hill on Vimeo. 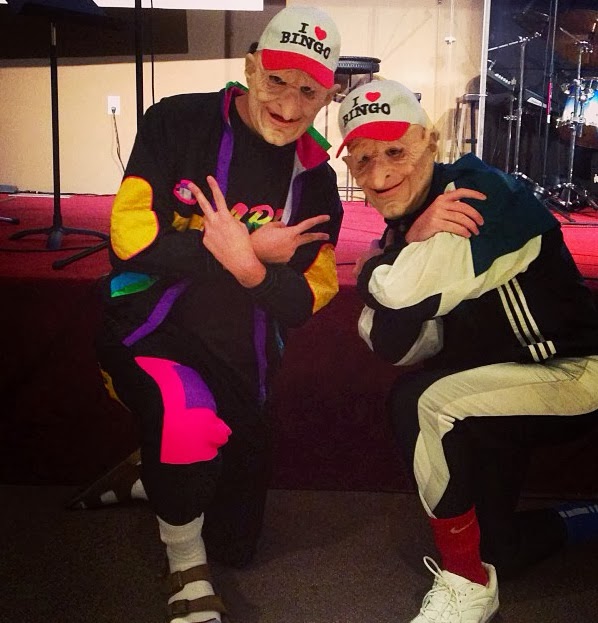 The day after camp we met and delegated out the skits/games for club. Austin and Conley, a senior and sophomore, were assigned to play ‘Marty & Pops,’ hilarious program characters from camp. They went all out, learned the dance moves, went shopping for old people masks, and even wore ‘shape-ups.‘

We asked Ben & Creighton to be ‘Dan-Dan & Larry Potter.’ They found the music, rehearsed with a leader, and choreographed a dance that brought down the house. Larry even got Justin Timberlake to give him some dance lessons. 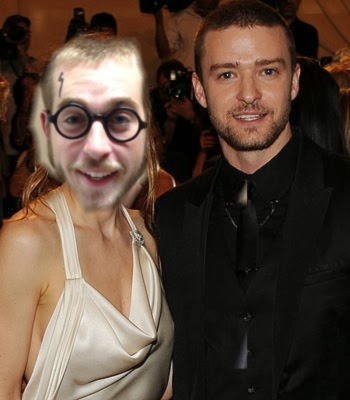 Our band played songs we sang at camp and re-taught content songs, new to our club, but familiar from the weekend.

Another key was the background music playing as kids entered club and during games. We used songs the program team used with their entrances and dances.

We ended the night with something I’ve never done before at club. Instead of a talk, we had a ‘Say-So.’ Before our last content song, Beautiful Things, I explained the YL tradition we do at summer camps along with Psalm 107:2 “Let the redeemed of the Lord say so.’  Eugene Peterson translates it “All of you set free by God, tell the world!”

I said something like, “Just as Jesus rose from the dead, he also resurrects us from being spiritually dead. Some of you have experienced that new life in Christ since Crooked Creek this summer or maybe for the first time this past weekend. We want to give you a chance to tell the world how Jesus is making a broken thing beautiful in your life.”

We then sang ‘Beautiful Things’ to give kids a chance to think about what they wanted to say. We had prepped five kids and a couple leaders ahead of time to make sure it wasn’t a bust, but after the song ended over fifteen kids came and sat on the stage. We asked them to keep it to less than a minute and passed the mic.

It wasn’t perfect. There was some unsound theology shared. A couple kids went a lil long, but over all, it was beautiful! Tears were shed, God was glorified, walls were broken down, and our Young Life family experienced an intimate night with one another and with our Heavenly Father.

We ended the night reminding kids of the truth of the Gospel recorded in Romans 10:1-4. “Dear friends, my greatest wish and my prayer to God is for the people of Israel to be saved. I know they love God, but they don’t understand what makes people acceptable to him. So they refuse to trust God, and they try to be acceptable by obeying the Law. But Christ makes the Law no longer necessary for those who become acceptable to God by faith.”

It’s easy for kids to come home on a camp high and think “I’m going to try to be more acceptable to God by obeying the law.” I’m going to stop bad habits and try harder to be a good person.  That’s not the Gospel.

We will break our promises.

There is only one promise keeper.

His name is Jesus.