Knocking Down The Misconceptions Tower: A Club Talk Illustration 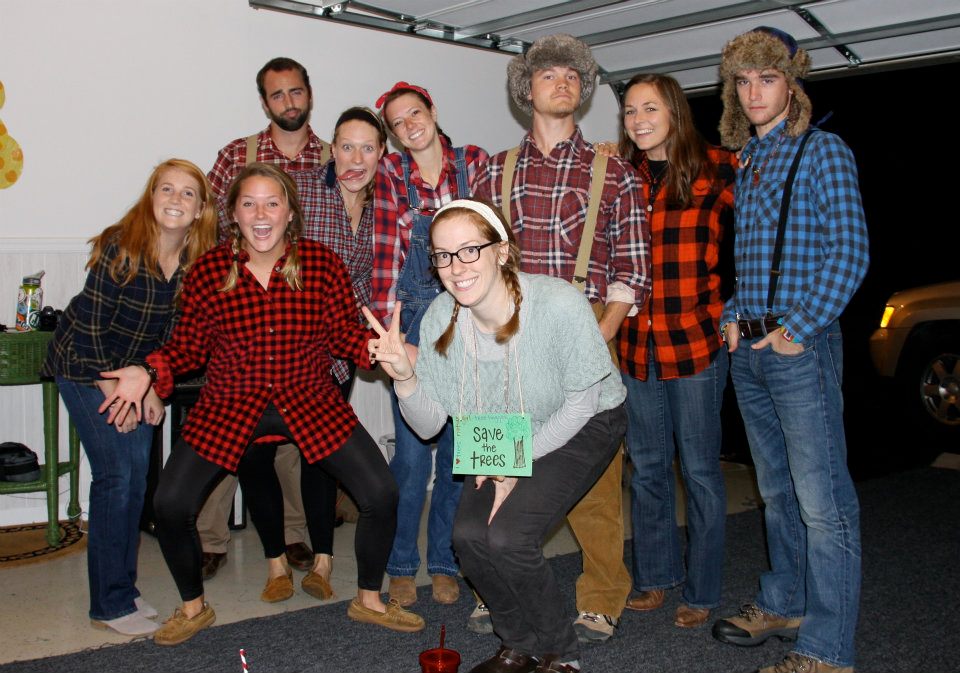 Today’s guest post is written by Scott Reintgen, volunteer leader in Durham, NC.Scott shares with us a recent talk he gave at club.

A Fresh Take On Misconceptions Of Jesus

I started my talk by introducing ‘misconceptions’ as any time we think or believe something about someone that isn’t true. I then played the pretty familiar clip from Talledega Nights where Ricky Bobby is praying to Baby Jesus.

I followed that video by talking about how sometimes misconceptions are playful and funny, but sometimes the misconceptions we have about God can affect our relationship with him and keep us from seeing the real God.

I pulled one of the other YL leaders up front and to represent God. He stood about 8 feet from me and I talked about how, without any misconceptions, I was looking at the real God and had the chance to see Him as He really is… But then misconceptions get in the way…

This is a popular one… so there is a list of rules with Christianity right, and if I follow the rules, God will look down from his throne and say ‘you are good, I’ll keep you around.’ And if I’m bad he’ll look down and say ‘You’re bad, be gone with you.’ We see God as this judge and we see Christianity as this list of rules and if I can just do a few more good things than bad things, God won’t be angry with me, he’ll be good to me, and my life will be everything I wanted it to be right?

This was my misconception of God when I was in high school. My leader told me all the time that God was like a father to us. He cares for us like a father does…and I hated that. Because my dad cheated on my mom and he wasn’t there for us and frankly, if God was like my father, I didn’t want anything to do with him… and so before long, we start to think of God as this snooping parent who always is punishing us, or ignoring us, or letting us down. And not all of us have bad parents I know, in fact my parents are really great, but I know that in high school the idea of God as a “father” created all kinds of misconceptions for me (This one was PERSONAL for me, I used it because I thought at least one or two kids would really cling to that personal story)

God in a Galaxy FAR FAR AWAY

So sure, there’s a God… yada yada… but in my life there’s a lot happening that I wish wasn’t happening. I have so much stuff going on, and there’s drama with friends, and maybe my parents are fighting a lot, and if God created all this, if he’s up there, why isn’t He doing anything about it?! So we see God as real, but far, far away… he might be up there, but he doesn’t seem too interested in me.

I’m not like most other god’s, I’m a COOOOOOL God… I have a friend who thinks of God this way… Don’t get me wrong, God is cool. He created your eyeballs. Do you ever think about how absurdly complex vision is and how the images you see translate into your brain and somehow they manage to relay all this information so fast?! God is COOL, but he’s not sitting in the back seat as we drive drunk yelling GO FASTER DUDE! My friends like to say if God made something, of course he wants us to enjoy it… and so they rationalize things, and soon God seems to be agreeing with everything they say and want. And God is a lot less like the great God who made all of this and who loves and protects us, and a lot more like us. We’re basically worshiping and following ourselves.

On the flipside of the really, really cool God… how about the NO fun GOD. Sometimes we look at Christianity and say its just no fun, all the Christians I know are telling me what NOT to do… My parents, my pastor, the “Christian” kids at school say I can’t drink, or have fun with my girlfriend, and its just annoying. If God is anything like them, he can’t be very FUN. Why would I want to be a part of that? And this one is the most absurd one of all because God invented orangutans… Have you ever seen an orangutan? They have those crazy, ridiculous arms and make funny faces, and there is no way the God who made those ISN’T fun… And also, Jesus says in scripture “I came so that you might have life and have it to the full”… Not only does God want us to have fun, but he knows the BEST way to have it… Of course he does, he made it.

As I list each one of these misconceptions, the boxes stack up… And before long, I’ve lost sight of my co-leader (of the Real God) and all I’m seeing is the misconceptions (MAKE SURE TO EMPHASIZE HOW THE TOWER OF STACKED BOXES IS A BLOCKAGE FROM THE REAL GOD) My God has been put in a box and my experience with him is really my misconception of him.

Now, this isn’t such a big deal IF the real God isn’t amazing… If he’s just another joe shmoo, if He’s like any of our misconceptions, then this little problem isn’t a big deal… But all your YL leaders and some other folks you know have encountered God in his true nature, and it’s changed our lives. We’ve gotten to know him and experienced relationship with him and we’ve realized how much bigger and better he is than our misconceptions.

I’m going to tell you who your YL leaders say God is and I’d encourage you, as you listen to these, to think about which misconceptions you have about God, and maybe if it would be worth it to get rid of some of those, to push these boxes aside, in order to get to know the real God they’re talking about.

Before the talk, I asked each leader to answer the question: God is…. Here are their responses below. THEY MADE THE TALK WHAT IT IS. They were BEAUTIFULLY written and I cannot describe how focused, intent, and enraptured the kids at club were by what was read aloud. I think misconceptions about God melted away in that room as I read the words of my fellow leaders to them.

I’ve been a Christian a long time, and my personality, emotions, and circumstances have all changed a lot. The one thing that has stayed (and will always stay) the same is God’s love and provision. As much as I am up and down and have mood swings and new visions every day, God has the same vision for me always– that is Love. He doesn’t change with fads in the culture, either. No matter what is hip (even in the Christian world), God is bigger and will stand firm as the rock.

So often I feel like we as a society view God as this lofty guy, like He’s up there just peering down on us. But actually, He’s right here in our problems. He wants us to talk to Him like we talk to our best friends and He’s here to listen to it all, He won’t turn his ear or go gossip about us to other people. He makes no judgments and literally loves us through the good and the bad, just like a best friend would. When we are around certain people, we start acting like them and emulating their actions. If God is our best friend, we will act like Him.

When the situation seems dire and bleak, when it seems like I will surely drown in the waves of whatever “storm” I am facing in my life, God is a place of refuge for me. When I turn to Him in rough times, the threatening “storm” quickly abates. The knowledge of His power, love, and promise of life makes even the most difficult trials seem trivial and easy to bear. In the Gospel He commands the wind and the sea to be still – the very same thing He does in my life when I trust in Him. No problem is too great, and the ensuing calm is unmatched by any sense of calm provided by worldly things.

I then read a list of other titles of God.

I wrapped it up by talking about the process of getting to know that real God… And I used the specific terms used by my fellow leaders. I said maybe you have a storm in your life, and you need the real God to calm that storm. Maybe you need that best friend, and so instead of thinking about God as the “No Fun God” (and I swipe away the top box from the tower)… You get rid of that misconception and you get your first look at Him. And the more you see Him for who he really is… the more you want to get to know Him… And soon you’re pushing all these ideas you had aside (KNOCK DOWN THE WHOLE TOWER), and I promise the more you get to know him, the Calmer of Storms, the Truth, the Redeemer, the less you care about these misconceptions, and the more you care about being in a relationship with the real, authentic God.

In a talk like this you can go many different directions with choosing the Gospel passage. You obviously will not be able to explain all the different descriptions of God at one time, but could choose one to expand upon, pointing the kids to Scripture as the source for truth and the place we learn about what God is really like.

Thank you Scott for taking the time to write out such a detailed talk plan and for sharing such helpful ideas. If you have a talk idea you’d like to share, please comment below or send an email to YL1941 at gmail dot com.