The High Price Of Making Wagers With Your High School Friends 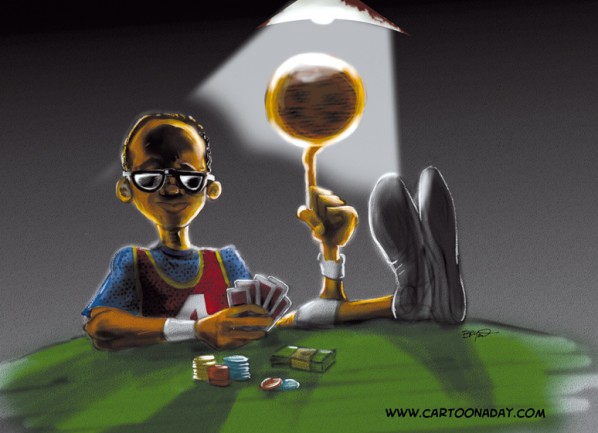 Once upon a time there were two rival basketball teams, both wore the color blue. One team’s shade of blue was pleasant, lighter, and seemingly the preferred color of the Creator of the sky. The other team wore a darker shade, the blue associated with sadness, and even was represented by a devilish mascot.

The two teams represented schools located only eight miles apart, creating arguably one of the biggest rivalries in all of sports. So when that anticipated day in February arrived, the day these two teams would finally meet on the hardwood, Twitter feeds around the country began blowing up with audacious predictions of victory.

One certain Young Life leader, an alumnus of the school in lighter blue, quickly became agitated by the maniacal tweets of his ‘devil-following’ high school friends. His response was practical, a simple wager on the game.

Realizing he was a beggarly volunteer leader dealing with unemployed teenage tweeters, he proposed a non-monetary ante. The stakes would be higher than mere silver, the price more costly than gold. The offer on the table was public humiliation. If the team in lighter blue prevailed, this Young Life leader would receive the highest honor of performing an atomic wedgie* on the teenage ‘devil-follower’ the following Monday night at Young Life club. If the team in darker blue triumphed, the Young Life leader would receive the same public punishment.

On February 8th at 9:02pm, the game began. For thirty-eight minutes, the better team was clearly on top, but then the devils took control. On a last second prayer, the team in lighter blue was stunned, heads hanging in defeat.

Five nights later a certain Young Life leader also hung in defeat, about two feet off the ground, held only by the elastic of his undergarments. That evening he painfully learned the high price of making wagers with your high school friends.

*An atomic wedgie occurs when a person’s underwear or other garments are wedged between the buttocks. While a wedgie can be created naturally, the term is usually associated with a prank or as a form of bullying. When a person is on the receiving end of a wedgie, his or her underwear is forcibly pulled up by a second person.

WARNING: Never do a Google Image search for “wedgie.”