Washing Dishes without the Hobart 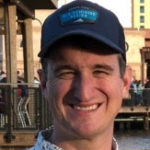 I had the privilege of serving at a Young Life Camp called Saranac Village for a month in the summer of 2008. I was serving as a work crew boss – helping lead the team of high school-aged volunteers who were serving for the month. Serving on Work Crew is an exhausting experience – hard work, little sleep, relational overload – and that’s under normal circumstances.

During the 3rd week of camp, a major storm rolled through Saranac Village, knocking out power for the entire camp. We all scrambled. The power, obviously, controlled nearly everything at camp, including the water. We had nearly 400 campers and no power or water.

One high school volunteer, Adrian, was working in the pits – that’s where all the dishes get washed. As soon as the power went out, Adrian cheered and exclaimed, “No power means the Hobart [the dishwashing machine] can’t run! We don’t have to wash dishes!” Within seconds, Adrian reversed. “Oh, wait. Knowing this place, they’re probably gonna make us wash them by hand.”

And we did just that.

But, it was much harder.

Washing dishes for 400 people was designed to be done with an industrial-sized dishwasher. And power.

But suddenly, we found ourselves with neither – with only our hands.

When news broke of the coronavirus pandemic in the U.S. – shutdown of schools and implementation of social distancing practices and shelter-in-place policies – I have to admit, I reacted a little bit like Adrian did when the power went out at Saranac Village some 12 years ago.

But, I realized something important, not seconds later like Adrian, but days later: The coronavirus isn’t stopping our work – it’s simply making us do it without the Hobart.

For many of us in ministry, our programs are the Hobart of our jobs; they’re how we’ve built them. Not only that, but the relational work of Young Life is designed to be done in person, face to face. We encourage leaders to show up, to stand in the hallways, and to be seen by students and build relationships with them.

Well, now we can’t do any of that.

As I was thinking about how hard ministry is in this season, a friend sent me a quote from Facebook that said:

“Real talk: does anyone feel like they have no idea what they’re doing and are mentally exhausted from trying to figure out how to solve the future of church and youth ministry?”

It was at that moment that I realized that what Young Life is doing during the pandemic is washing dishes without the Hobart.

And it’s not just us in ministry. My friends who are teachers and administrators are feeling the same thing. A friend who is a principal said, “We’re rebuilding the airplane while it’s in the air.” All of us parents are now doing our jobs – most of which were already exhausting – while being home with kids and trying to homeschool them at the same time.

Friends, if you’re exhausted from washing dishes without the Hobart, you should be encouraged; this is not the way it’s designed to be.

I actually don’t have a nice or neat way to wrap this up. No bow to put on this to say, “It’s going to be ok.” At Saranac Village, we didn’t know how long the power would be out, and there was a huge backlog of dishes when we were done.

But, if you are dying in a pile right now, if you are at the absolute end of yourself, if you feel like you are failing at everything you’re doing, it’s because you’re washing dishes without the Hobart.

Give yourself an extra scoop of grace today: when you snap at your kids or raise your voice, when you’re late on a work deadline, when no one shows up to your virtual event, when you put on another movie for your kids so you can try to have a Zoom call without interruption, when you are in your bed – or bathroom – hiding from reality.

We all need grace given to ourselves and to each other.

You’re washing dishes without the Hobart.

If you have an encouraging story from this season of ministry, we’d love for you to pass it along so we could, in turn, share it with leaders everywhere. Email us here!

Steve is an Area Director in Chesapeake, VA and has been on Young Life staff for 14 years in the state of Virginia. He is married to Theresa, and they have 3 kids – Hallum, Clara Grace, and John.