How To Lead Young Life After Having Kids 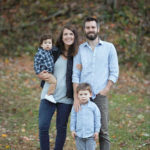 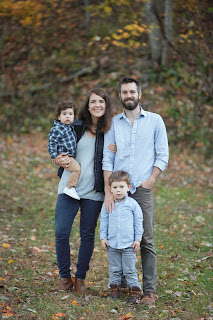 When we got married, I didn’t expect that we would have kids until at least 10 years into marriage, if at all. I for sure didn’t expect
we’d get pregnant on our honeymoon. Unexpected became the norm early in our pregnancy when we found out something was wrong with our baby girl and that she would be born with extensive special needs. Then it got even worse and we ended up losing her at 31 weeks. It was the most difficult thing we’ve ever experienced.

Years passed and more babies came along, but like John Mayer wrote, “Moving on and getting over are not the same, it seems to me. Cause you’ve been gone, I’m growing older, but I still can’t seem to get you off my mind.”

I kept feeling this tug on my heart to find a place to serve kids, particularly kids with special needs. After awhile, I thought it might be worth checking out Capernaum Young Life. It checked off all of the boxes I was looking for:

At first, we were all a little hesitant, shy, and unsure of what to do at club. I could see it on my 3-year-old’s face. He recognized something in these kids, but he didn’t understand what it was. They liked the same games and TV shows as him, but they were “big kids” and looked different than him. To him, they seemed so similar, but so different at the same time. Hesitation and uncertainty quickly gave way to dancing, singing, game-playing, and genuine friendships.

I lead songs now, and can barely even keep track of my kids at club because they’re lost in a crowd of their Capernaum friends. I wake up our son, Camp, on club day and without fail the first thing he says is, “Daddy you know what tonight is? CAPERNAUM!!!”

Speaking of unexpected, remember how I was supposed to be serving and blessing these kiddos with special needs? Sure, I help them get their pizza before club starts and I lead them in a fun song or two, but when it’s all said and done it’s me who has been served. I couldn’t think of anything that costs so little, yet has been so rewarding.

I thought for sure that having kids would mean that I couldn’t lead Young Life anymore. I thought that being a good dad and being a good leader couldn’t coexist. But, if there’s one thing I’ve learned from changing diapers, it’s that my life is not my own. As a father, nothing has come more naturally than giving my life away to serve and love these incredible kids. And now as I watch Camp play with a Capernaum friend, I’m constantly aware of something so similar in them.

It’s not that they just like the same games or shows. The thing they most deeply share is that they are God’s children. They are loved by Jesus more than they could ever know, and it has become my distinct privilege to share God’s love with them in a way that they can understand.

If you’re a new parent and you’re trying to figure out how you can still lead Young Life after having kids, Capernaum is a great avenue to consider!

Eric Imhof is married to Mary Wynne, and is the father of two boys, Camp & Rowe. He is a pastor in Roanoke, VA and spent three years on staff with Young Life before becoming a volunteer leader with Capernaum Young Life.