A Memorable Way to End the Year with Your Campaigners: The Campies 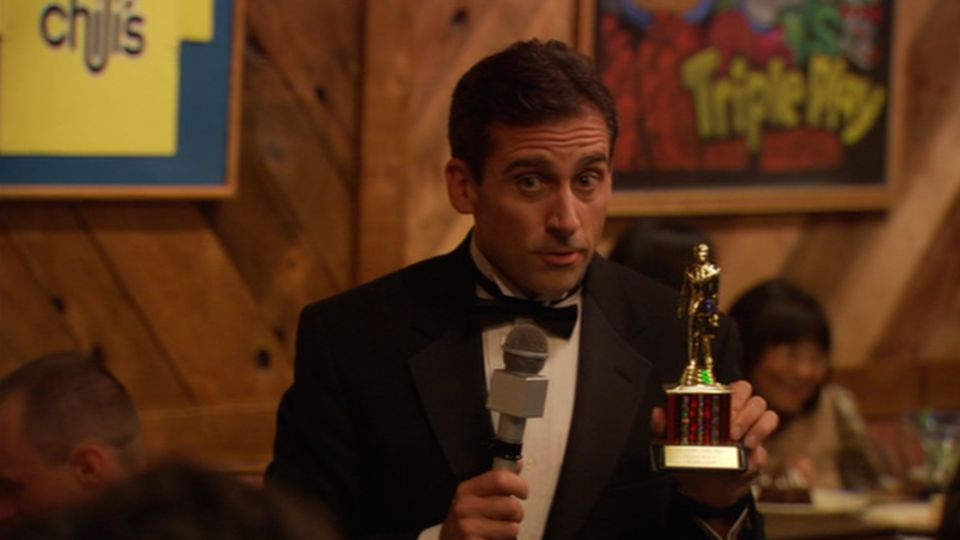 This hilarious & meaningful Campaigners tradition is
shared by Tom O’Neill, a volunteer leader in Sammamish, WA.

For any fan of the TV show “The Office” you’ll
recognize this Campaigners tradition as inspired by Michael Scott’s
shenanigans. I was recently watching an episode of “The Dundies,” an
annual office award show. Michael Scott hosts the show and gives out
awkward/hilarious awards while wearing a tuxedo.

That immediately made me think “this is pretty much a Young Life camp last
dinner award show.” With that “light bulb” moment,
“The Campies” were born, a fusion of “The Dundies” and a camp program
awards show. It’s a great way to cap off the school year with your
Campaigners.

I invited all of my campaigner guys to attend the 1st Annual Campies and instructed
them that the dress code was “unnecessarily formal.” My co-leader,
Warren, and I spent the morning of The Campies writing awards for each of our
Campaigner guys. Many of them were inside jokes that had been developed over
the years or happened in Campaigners that year (ex. “Better Late Than Never”,
“Last Man Standing”, or “I’m a Lover not a Fighter.”)

Others were more serious, such as the coveted “Ironman Award” for the
most YL events attended that year. I also always give the “Rookie of the
Year” to someone who was new that year and became an integral part of the
group. We make toasts (sparkling cider), take pictures looking quite dapper,
and laugh a lot. We then talk about some of our favorite moments in Campaigners
and what God had taught each of us that year.

This has now become a favorite tradition and something the boys look forward to
each May. One of them was crushed when he was beat out for “Ironman”
because he had sports conflicts.

A couple tips if you’re considering doing something similar:

Thanks for sharing this great idea Tom! If you have any YL traditions you’d
like to pass along, here’s how you
submit a guest post.