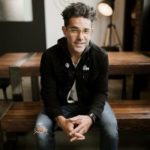 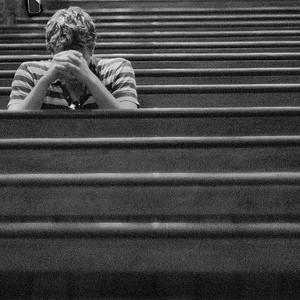 Yesterday we introduced this new Discipleship series by Justin McRoberts. If you missed the introduction, click here.

When people asked Jesus why He did what He did (healing people, being kind to outcasts, teaching, etc…), Jesus said, “Very truly I tell you, the Son can do nothing by himself; he can do only what he sees his Father doing, because whatever the Father does the Son also does.” (John 5:19) I take that to mean that Jesus was taking cues from His Father, which means that His life was rooted in, and began with, prayer. And if prayer is important to Jesus, then it will be important for you and me.

So, how do pray the right way? What words should you use? Do you stand or sit or kneel? As James Martin puts it, “the right way to pray is to do whatever works for you.” I love that. Believing that has been really important for me. In fact, tomorrow we will look at a few different kinds of prayer practices. But before we get there, I want to be perfectly clear about this: you’re not going to do this wrong.

Last halloween, my son Asa, was a superhero. He was four at the time and had picked out his own outfit, complete with a cape, striped socks and the letter “S” taped on his chest. The “S” stood for “Super Asa.” About an hour into the evening, he came to me downcast, saying that some of the older boys didn’t like his costume. “You have to pick a real superhero” they told him. “You can’t make one up.”

I knelt on the ground and held his hand, saying “Hey, buddy. Look up at me.” He pushed the crown he was wearing back out of his eyes, adjusted his pajamas and smoothed out the blue painter’s-tape “S” on his chest. “You invented your superhero and designed your own costume. Those kids got their ideas from movies and bought costumes from a store. They look great, but I love that you came up with your own. I think it makes your costume really special. I am proud of you because you made it up… and I love you because you are my son.”

My prayer life can look and feel like my son’s Halloween costume; cobbled together and a bit ramshackle. But I’m convinced our Heavenly Father cares little to nothing about the slickness and organization of our prayers. I think He loves us exactly as we are, that He’s proud of us and that, regardless of how our prayers look and sound, He loves to talk with us.

Consider this: Before Jesus did any of the work He’s known for (before healed anyone or taught anything or gathered disciples), He had a very important moment of prayer. During His baptism, Jesus heard the Father say “You are my Son, whom I love; with you I am well pleased.” (Mark 1:11) The Father doesn’t love Jesus because he accomplished a bunch of great things. The Father loves Jesus because Jesus is God’s Son.

Well, you and I are God’s kids, too. And His love for us isn’t moved by our performance — not even our performance in prayer. God doesn’t need you to get this “prayer” thing right, He just wants to talk with you. He’s not grading you, He wants a relationship with you. So, however you’ve been cobbling together your prayers, God is lovingly listening to you and He is proud of you.

My son doesn’t have a very elaborate vocabulary. He’s 5 now. He still says “backset” instead of “basket.” But I love when he tells me about his day, even with his limited choice of words. So it is with you and your Heavenly Father.
May you have the courage to practice prayer, knowing that your Father is already proud of you. He loves you and nothing that you or anyone else cold do can change that.

Justin McRoberts is a long-time Young Lifer. He is a singer/songwriter, author, and speaker. Check out his fantastic book, Prayer, with the illustrations of Scott “The Painter” Erickson.