How To Do Bus Program: A Run-on Skit For Your Ride To Camp 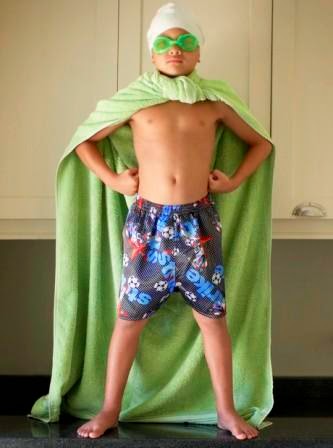 A dark curtain hung from an extended shower rod across the back of the coach bus. The six seats closest to the bathroom were blocked off and something was going on back there, but I was honestly paying more attention to the ladies sitting around me.

All of a sudden “Welcome To The Jungle” came blaring over the bus speakers and drippin’ wet YL leader stormed out of the curtains dressed head to toe in camo.

“I’m ‘Sergeant Pits,’ ‘Sweaty Pits’ that is, and I hope you campers are ready for a little bus ride workout.”

I don’t remember much else, just laughing a ton and beginning to think that this was a trip I for sure was going to remember.

Since then I’ve had the curse and privilege of some pretty long bus rides to camp, even a whopping 72 hours (round trip). I’m still not sure how those freshmen boys actually slept in the overhead compartments.

One way to make the long rides more bearable and memorable is to do ‘Bus Program.’

It is essentially a run-on (walk-on) skit that happens just like it does in your club over the semester, except the whole story plays out during the bus ride. It’s a mini-version similar to the type of program your high school friends will see played out during the week of camp. It’s like a movie come to life, a story with good and evil. A plot with conflict and resolution. Staged silliness.

Why Do Bus Program?

It’s not necessary, but just another way we can show kids the extravagance of Christ’s love for them.

The humor will make the long bus ride seem shorter. The laughter will begin to tear down those walls that certain kids have put up to “protect” their hearts. And it’s also an easy way to sell games/mixers on the bus to help kids get to know one another better.

What Makes A Good Bus Program?

Making it junkyard. Make it seem like you didn’t plan it until last minute. But despite intentionally lowering the quality, you still need the three essential elements of a good run-on:

Super CamperThe main character, dressed as a super hero using a makeshift cape and some sort of mask. You could cut eye holes out of a strip of cloth or bandana or even use goggles. A duct tape SC (for “Super Camper”) on the cape or middle of chest would be a nice touch.

Camper Damper
The Villian. We used a black graduation gown and a Mexican wrestling mask. Having a mask is key during the resolution of the program.

Remember to bring the correct chord so you can plug your iPod into the DVD player on the bus. It needs to have a head phone jack on one end and the Red/White RCA inputs on the other side. For Super Camper and Lil Campie, we just went old school and junkyard and used the Mighty Mouse Theme Song. For Camper Damper, we used the instrumental version of Metallica’s “Enter Sandman.” Sadly our bus driver didn’t know how to work the DVD player sound, and we couldn’t figure it out either, so we held an iPod up to the bus microphone. This also was a bust because it gave too much feedback, so we just pretended that we were intentionally lowering the quality for the sake of humor.

Pre-Scene 1
Super Camper, Lil Campie, and Camper Damper have changed into costume either behind a curtain in the back of the bus or a leader holding up a sheet, or inconspicuously in the front of the bus. It’s best if you can still maintain the important element of surprise.

Scene 1
Super Camper enters to superhero music and says something like, “Greeting Goys and Birls, I am SUPER CAMPER and I’m here to help you have THE BEST WEEK OF YOUR LIVES!”
The same intro music plays again and Lil Campie enters and says “And I’m Lil Campie, and I’m also here to help you have (said together with SC) THE BEST WEEK OF YOUR LIVES!” It’s funny at this point to hold onto the overhead compartments and do flips and go crazy on the bus, giving high fives to campers.

SC: “Lil Campie, what do you think is one of the most important parts of becoming a super camper?”
LC: “Well, Super Camper, I’m glad you ask, because my goal in life is to one day reach super camper status, so I have been studying a lot to discover what makes a great camper. One of the most important findings in my research is that a super camper needs to be able to remember lots of names.”
SC: “That’s exactly right Lil Campie. So to help out all our little friends we’re going to play a lil game called Blanket Drop. (Click here for instructions.)

After the kids have spent 3 minutes mingling and learning names, divide into 2 teams, the back of the bus versus the front of the bus. Play to ten. At the point when one team has 8 points, get another leader to hit the Enter Sandman instrumental so Camper Damper can enter and disrupt the game.

Camper Damper: (In a mean voice) “Sit down goys and birls. I said sit down. There will be no games played on this bus. Games are for pre-schoolers.” (Looking at the high schooler with the most facial hair on the bus) “Are you in pre-school little one?”

SC: “You will never ruin our week, not if Super Camper has anything to say about it!”

CD: “What are you going to do about it, silly man with the cape on?”

SC: “You don’t want to wait around and find out” (Super Camper picking up his pillow ready for a pillow fight.)

CD: “Hold your horses, I mean your pillow, silly dressed funny man. I’ll leave for now, but if you start playing any more games on this bus, Camper Damper will return to ruin your party, and that’s not a threat, that’s a promise.”

Camper Damper leaves to his music.

SC: Campers, I apologize for that rude interruption, but Lil Campie and I won’t let Camper Damper ruin this week, we give you our solemn vow. We’re committed to helping you have

SC/LC: THE BEST WEEK OF YOUR LIVES!

SC and LC exit to their music.

Spread out your Bus Program scenes depending upon the length of your bus ride. A few hours after your first appearance, when kids are not expecting it, try to sneak away to change back into your costumes and get another leader to hit play on your intro music.

Scenes 2 & 3
Super Camper and Lil Campie enter together and say their repeater line: “I’m Super Camper, and I’m Lil Campie, and we’re here to help you have THE BEST WEEK OF YOUR LIFE!” (Repeat it again so kids begin to say it with you.)

During both scenes 2 and 3, SC and LC banter back and forth about how to become a super camper and that discussion leads into a different game/mixer. You can go many directions with the mixers, the point is to get kids mingling and learning each other’s names. There are two ideas below. Towards the end of each of these games, Camper Damper should return and make similar threats as he made in scene 1, telling the campers he is here to ruin their camp experience. Each time he reluctantly leaves after Super Camper threatens to pillow fight him.

Scene 2 Mixer: Thumb Wrestling
In order to prepare for all those late night battle royal wrestling matches at camp, we’ve got to get prepared, so we’re going to have our own wrestling match on the bus. (Making them think you are actually going to wrestle.) Then you tell them its Thumb Wrestling. Have a prize for the winning thumb, possibly a thumb ring.

Scene 3 Mixer: Rap Battle
You never know when you might be called up on stage to perform while at camp. You’ve got to always be ready. Form teams of 3-5 people, have them come up with a band name for themselves and then write a rap about our bus trip to camp. You must include the words “Super Camper” “Lil Campie” and “Buddy” (which is the name of our bus driver.) Give all the kids who want to participate 10 minutes to write a rap. After that 10 minutes, find out the names of all the groups and give them a chance to perform on the mic.

Scene 4: The Finale’
The final scene begins the same way the others have with SC and LC giving instructions on how all the campers can eventually learn to be super campers. They begin to say they have one more game, the best game yet, the one you’ll write letters home about. (As they really build up the game, Camper Damper’s music comes on.) CD comes out and does his typical mean routine and Lil Campie speaks up.

LC: “Why do you so badly want to ruin our trip? Camp is fun for everyone!”

CD: “That’s not true Lil Campie. Camp was never fun for me.”

CD: “Yes I was, many moons ago, at an Ostrich & Flamingo camp for kids who really liked pet birds with long legs. But when I went to camp I had glasses and braces and talked in a really high pitched voice, and sometimes this bully named ‘Big Sal’ would hit me with a pillow, and it always hurt really really bad, and one time it even broke my glasses and cut my lip. I had to call my mommy to come get me.”

LC: “Oh, I’m so sorry that happened to you Camper Damper.”

CD: “You really mean it? I can join all of you at camp this week?”

SC: “Of course I mean it, everyone deserves a chance to experience the best week of your life. But you can’t wear that scary mask at camp.”

CD: “Okay, I’ll take it off. (Takes off mask) After all this, and me being such a bully to both of you, I can’t believe you would let me join you.”

SC: “Not only can you join us, but for this week, I’m making you an honorary Super Camper! (Super Camper takes off his mask and puts it on Camper Damper.)

LC: “Wow! This really is going to be the best week of our lives!”

(The 3 characters embrace and everyone cheers and exits to “Celebrate Good Times” or another fast fun song.)

Other Ideas For a YL’d Bus Ride