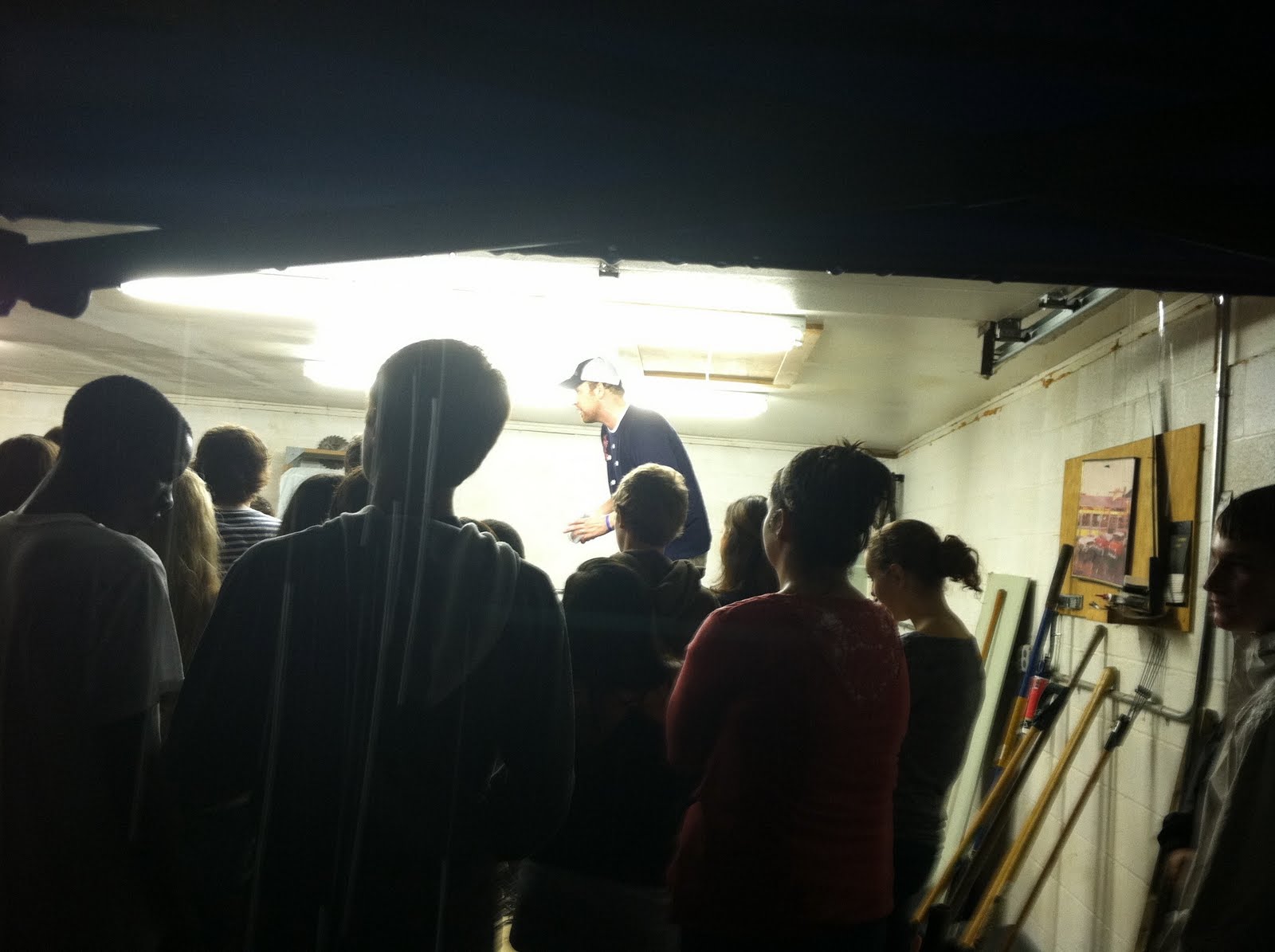 His email gave me chills.

Yesterday a friend on YL staff in Maryland, Matt Margaron, sent out a routine note. He wanted to update friends and supporters on how first club had gone. I read it as I do most mass emails, scanning quickly with few expectations.

He talked about how they hosted a “Backyard Bonanza” that was a rockin’ first club, until a storm rolled in to crash the party. The rain forced the large crowd of kids to be herded into a garage. There were too many kids to even sit down.

Matt grabbed a stool, stood on it, and gave the first club talk of the semester. Standing around him was a crowd… broken, lost, hungry, and confused. The crowd was looking for love. Listening for hope. Searching for answers.

When I saw the picture above, attached to the bottom of his email, I got goosebumps, head to toe. It reminded me of scene I’ve imagined before. One that took place in a little town called Capernaum. I wonder if the man from Nazareth had to stand on a stool?

Mark 2:1-2
“A few days later, when Jesus again entered Capernaum, the people heard that he had come home. They gathered in such large numbers that there was no room left, not even outside the door, and he preached the word to them.”