Lessons From A Stay At Home Mermaid 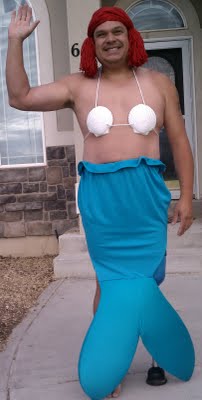 It’s been on the news, on twitter, and spreading over the blog-o-sphere:http://waveatthebus.blogspot.com/

Dale Price, a stay at home dad, dresses up in a different costume every day to wave at his 16 year old’s son bus. This guy is crazy. He’s like a Young Life leader gone bad.
But he does have some sweet costumes. 170 to be exact.
I mean, what do you say to your high school friend when he comes to you as your Young Life leader and says, “My dad won’t stop dressing up in costumes and waving at my bus.” I didn’t read any answers to that one in the YL leader manual.

This is a weird website, but one we can learn a few things from.Costume DesignDale spent less than $50 total on all 170 costumes. Hard to believe, maybe not true, but that’s what his wife claims. We can be creative and borrow things and still have incredible costumes.The Value Of ConsistencyEvery kid in that high school knows who Dale Price is. If he would have just “waved at the bus” one or two days, the word would have gotten out, but not to millions of people around the world. His consistency paid off, in a weird way. He got what he wanted. Attention. What do we as Young Life leaders want? Our high school friends to know Christ. Are we consistently praying for them? Are we consistently showing up in their lives? Are we consistently speaking of the One we so desperately want them to know?A School Bus Is BigHonestly, how many of your high school friends ride the bus? I’m convicted as I write this. Most of my friends are upper middle class, popular athletes who stay after school for practice and get dropped off in the mornings in a pretty nice ride. Yet, at every high school in America, lots of kids ride the bus. When I first became a leader the administration at the high school where I was assigned allowed me to stand in the bus lot in the mornings and greet kids as they got off the bus. Every now and then I’d bring doughnuts. I quickly met a lot of kids that were not “typical Young Lifers.” Not until now has it occurred to me to return to the bus lot. If we want to reach every kid, everywhere, for eternity, we’ve got to wave at the bus. 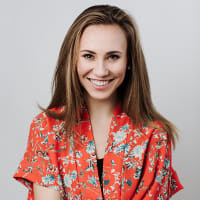