You could call it “Green Club.” Encourage everyone to dress in green. Some folks may even paint their faces. Most green on one person wins “green,” aka $50 off of summer camp! 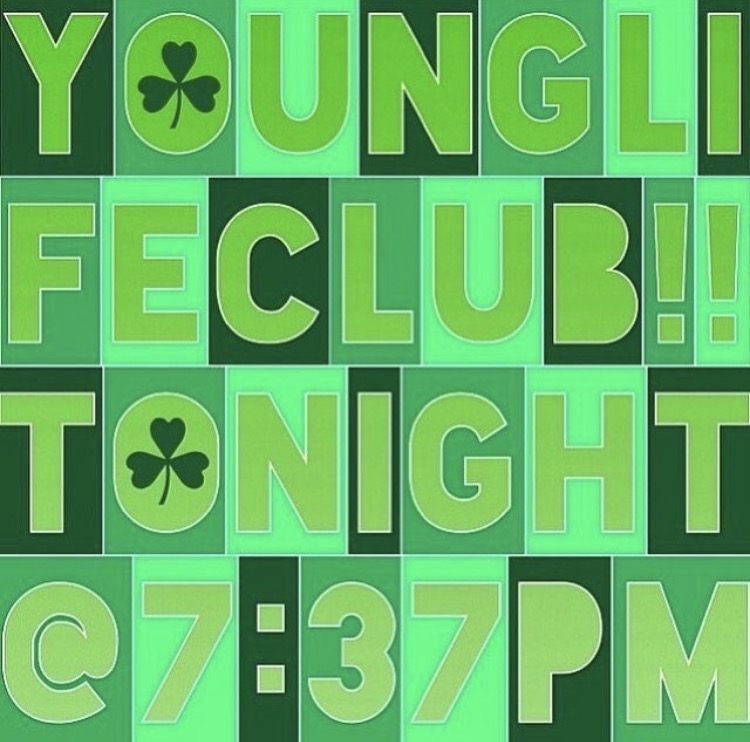 Have a skit character host the evening. He/she could be “Patty O’Furniture” wearing green tights, red wig, bow tie, shamrock shades (see “party favors” below), Irish hat, beard, etc… A terrible Irish accent is a must. He/she should repeat Irish phrases like “top o’ the mornin’ to ye” and “let go of me Lucky Charms.”

Host a “Ms. Shamrock” competition for the ladies similar to the “Mr. Christmas Tree” for the fellas, just tweak things to be “Shamrock-y” instead of “Christmas Tree-y.

Order party favors to pass out at club. 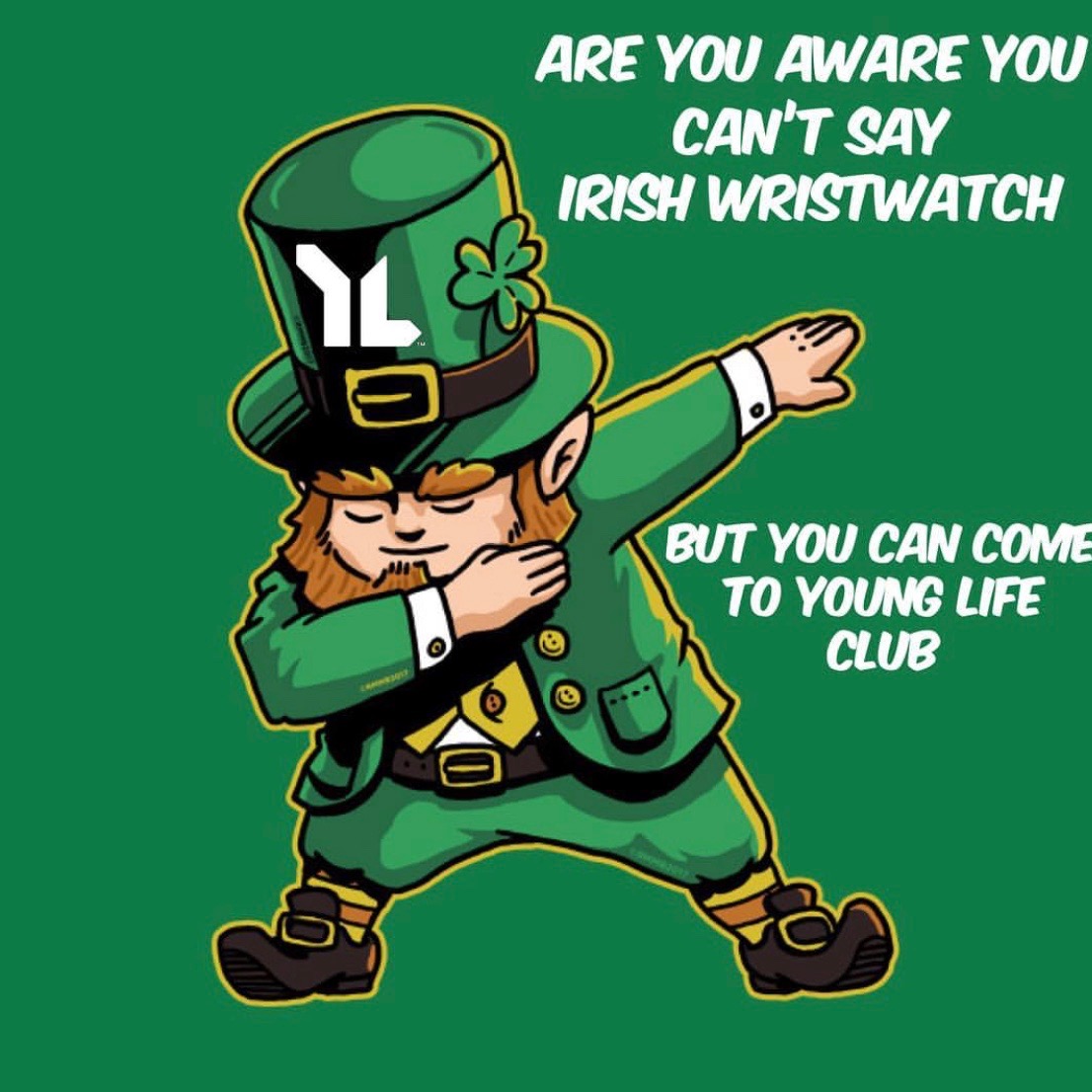 Invite 3 contestants to leave the room. Call them in, one by one, and have them see how many times they can correctly say the phrase “Irish Wristwatch” in 30 seconds. Don’t say the phrase out loud. Just have them read the phrase off the screen or a piece of paper. Award either a green watch or a box of Lucky Charms as a prize to the winner.

It’s an oldie, but a goodie! Based on an old Monty Python sketch. You can watch a video of the skit here. And another version here. There are quite a few on YouTube. You can download a script here, but I would edit it to make it your own with some lines that were tailored for your school’s club.

Gettin’ Jiggy With It

Have leaders or kids learn an Irish Jig ahead of time and perform the dance for everyone. You could then open up the stage for a competition. Watch videos on YouTube like this one to learn how to do an Irish Jig.

Have 3 teams of two come up and whoever finishes a two-liter of Neon Green Mountain Dew and a small bag of Lucky Charms wins!

If you haven’t used the classic YL skit “Little Nemo” in a while, now’s a good time to do it with Lil Nemo being a Leprechaun. Here’s a YouTube example.

Here are the questions and answers below.